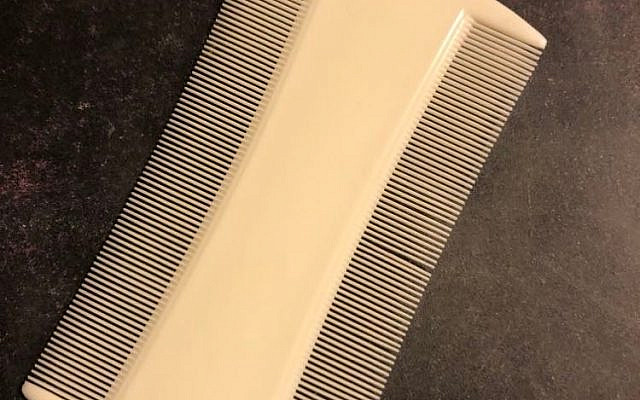 In Parshat VaEra, we read about the first seven plagues. The third plague (Shmot 8:12-15) especially resonates with anyone who had an outbreak of lice in their home, school, camp or community:

How far back do lice go?

The Exodus took place sometime between 1550-1069 BCE so they were already around at that time.

In 2016, a lice comb made of ivory was found at Tel Lachish in Israel. Just two months ago, in November 2022 an inscription was found on the comb which may date it all of the way back to 1700 BCE. The sentence which was written in Cananite script is translated as: “May this tusk root out the lice of the hair and the beard.”

Many other combs were found in Israel as well. We learn from here that the lice were not only part of the plague in Egypt but they have also been in the Land of Israel for thousands of years. Unfortunately they are still here and parents are still combing them out of their kids’ hair which is still the most effective method of removing them.

It is interesting that the Cananites wrote a prayer on the comb about eradicating lice and based on the fact that they also had them in their beards it seems like they affected the whole population not just the children who primarily get lice today.

Considering that the comb was ivory and had words on it, we can assume that it belonged to someone wealthy. The poorer people used wooden combs which have not stood the test of time. This shows that the lice touched everyone in all classes.

Not only were lice in the land of C’naan, they were also in Egypt when the plague was not in place, just on a much smaller scale. In order to try to avoid lice as much as possible, many Egyptians shaved their heads or had short hair. Wealthy Egyptians chose to wear wigs as lice prefer to stay in hair that is attached to the head.

May we figure out a way to eradicate lice once and for all!