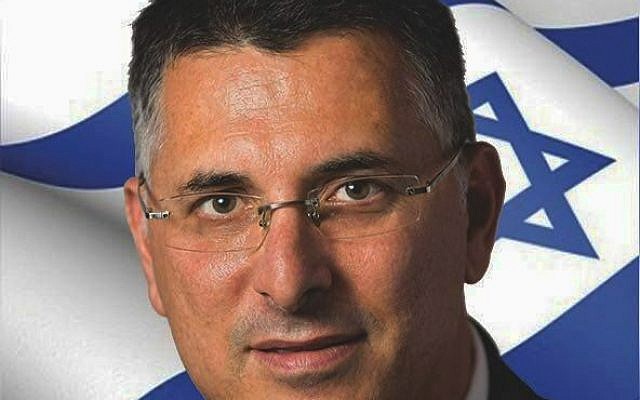 Imagine you are the Prime Minister of Israel and leader of its most successful party for the last ten years. To win power for a fourth time you need to mobilise your base and secure your loyal voters. It’s the eve of your party primary. Do you talk up your achievements or accuse a popular rival of plotting to oust you? Curiously Benjamin Netanyahu chose the latter option and that speaks volumes about the pressure he is under.

Bibi accused former Minister Gideon Saar of conspiring with President Reuven Rivlin to depose him if he wins the election but is indicted by the Attorney General for corruption.

According to the latest polls, Likud will emerge on 10 April as the largest party in the Knesset, but may not be able to form a governing coalition. If Netanyahu is indicted, Moshe Kahlon, the leader of Kulanu has said he won’t serve in his Government. Now Moshe may be unable able to resist the siren call of his ministerial car purring away in a distant driveway. He may decide to wait for a full court hearing and agree to enter the Government. Or he could stand firm. If so, the Likud faces a tough choice. Netanyahu would be transformed overnight from their greatest electoral asset to their obstacle to political power.

Would Netanyahu be handed the proverbial pistol and whiskey and asked to do the decent thing. Or would some other manoeuvre be possible? Bibi accused Rivlin and Saar of cooking a plan for Rivlin to call on Saar to form a coalition. With Bibi out of the picture, Kahlon would be free to join the Likud led Government. Rivlin and Saar have denied there is any such plot, in reality its hard to see how it would be possible. But that didn’t stop Netanyahu continuing to make the accusations, no doubt intended to reduce support for Saar in the primaries by staining him with disloyalty and trying to whip up a storm. Saar has performed well in polls that ask for voting preference if he led Likud, just a few seats short of Bibi’s popularity, which shows he is a real threat.

But Netanyahu’s strategy didn’t really work. Saar came fourth in the party primary after Yuli Edelstein, Yisrael Katz and Gilad Erdan. It’s possible that Saar may have come first without Bibi’s black ops operation, we will never know. Perhaps Bibi was trying to force the loyalty issue and bolster his base. To borrow from George W Bush’s famous phrase from 2001, Bibi was effectively saying: “You’re either with me, or you’re with the leftists.” Most of the Likud heavyweights shrugged their shoulders in bemusement. They certainly didn’t rush to endorse the plot against Bibi.

Bibi’s erratic behaviour is driven by the intense personal pressure he is under. This is not just about his political career, its also about his personal liberty. He is delicately poised on a precipice between historic political success and epic political scandal and personal tragedy.

The Likud politicians fighting for votes this week are also delicately poised, they need Netanyahu to win again but are positioning themselves in the event that Bibi leaves the political stage. It is a truism of politics in every democracy that all senior politicians believe they could be Prime Minister even if they pretend otherwise. But it is the peculiar lot of Likud politicians to have their ambitions frustrated rather than sated. The Israeli coalition system means that the best jobs are offered to the leaders of small parties to lure them into coalition and keep them there. Bibi has doubled down on this strategy and it works. The 2015 coalition was one of the most stable in Israel’s history.

Popular Likud politicians pay the price as they routinely get the worst jobs. Of the top five Likud politicians on the 2015 party list Gilad Erdan was minister for strategic affairs and internal security, Yuli Edelstein became Knesset speaker, Yisrael Katz became Transport Minister and Miri Regev was Culture Minister. By contrast Moshe Kahlon (Kulanu) was Finance Minister, Aryeh Deri (Shas) was Interior Minister Naftali Bennett and Ayelelet Shaked (Jewish Home) were Education and Justice Ministers. To bring Yisrael Beitenu in, Avigdor Lieberman was made Minister of Defence in 2016. The situation is compounded by Netanyahu’s preference to keep a number of plum posts for himself, probably to ensure that his Likud minister’s are not given too big a power base to shine from. He served as Foreign Minister and at different times has served as Communications Minister and Defence Minister.

Many of the top Likud politicians have toiled away for years in junior ministerial posts. Even if Likud win the next election, the same coalition dynamic will repeat itself and they will have to be content with second tier jobs. In the event that Benjamin Netanyahu’s political career abruptly ends, their long frustrated ambitions will burst into the open and there will be a bitter fight to take his place.