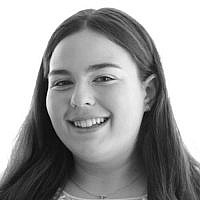 The Blogs
Talya Meyer
Apply for a Blog
Please note that the posts on The Blogs are contributed by third parties. The opinions, facts and any media content in them are presented solely by the authors, and neither The Times of Israel nor its partners assume any responsibility for them. Please contact us in case of abuse. In case of abuse,
Report this post.

On February 21, 2020, Israel had its first official case of COVID-19. Already, as of January 2020, Israel had suspended all flights to high-risk countries like China, Thailand, Hong Kong, Macau, and Singapore and enforced a 14-day quarantine to anyone coming into the country or anyone that was in contact with a COVID-19 positive patient, to try and contain the virus.

Despite these restrictions, the cases started to rise at an extreme pace and on March 19, 2020, Prime Minister Binyamin Netanyahu declared a state of emergency and the country was put into lockdown. From March 19 until May 1, the government advised all Israelis to stay home and imposed a 100m travel limit for non-essential workers. All non-essential businesses were closed, including hotels, restaurants and malls and flying was restricted. This had a significant negative impact on the Israeli economy. As a result, many businesses were on the verge of closing, over a million people lost their jobs and had to rely on government aid.

At the same time, Israel was experiencing a political calamity. Since April 2019, Israel has been going through an election crisis. There had been three elections between April 2019 until just before the pandemic in March 2020. The country was split. There was no clear winner and a government was not able to be formed. Because of the state of emergency caused by the pandemic, the policymakers agreed to form a coalition government, rotating Prime Ministers between Binyamin Netanyahu and Benny Gantz.

As a result of the pandemic, the unstable government and the economic hardships, Israeli citizens started to feel that their voices needed to be heard. After the first lockdown, Israelis started to protest all over the country on Saturday, Tuesday and Thursday evenings. These protests were in response to the government’s mishandling of the pandemic as well as dissatisfaction with the political outcome.

Many Israelis are unhappy with Prime Minister Netanyahu’s political positions and especially with the second lockdown in September. In this lockdown, the government put restrictions on every form of social gatherings (weddings, synagogues, entertainment, beaches etc.). However, when it came to the anti-government protests, even though there was a danger and the possibility of major COVID spread amongst the thousands of protesters, no restrictions were enforced due to the Knesset’s strong commitment to freedom of speech and democracy.

As a strong and proud Israeli, I am proud that in the end, our leadership allowed anti-government protests and protected the profound value of freedom of speech. Letting people be heard is the best way for the government to gain the confidence of the nation by trying to incorporate the diverse opinions of its citizens and ensuring that the power bestowed upon our leaders emanates from the people.