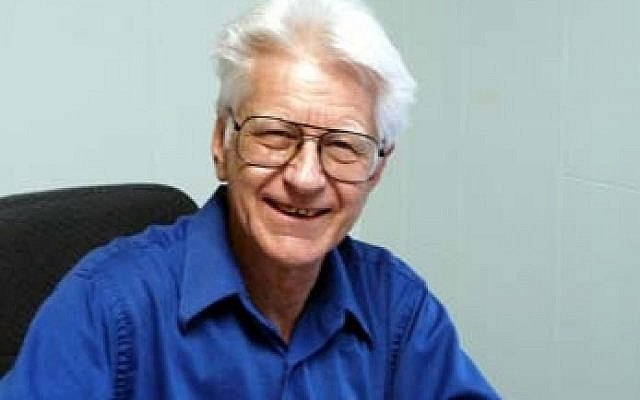 There must be many reasons why the small fraction of humanity that is Jewish has managed to garner an astounding 22½ percent of Nobel Prizes. The Jewish people—only one fifth of 1% of the world’s population—are over-represented by a mind-boggling 11,250% at Nobel podiums. One explanation is doubtlessly the intense and ancient focus that Judaism has place on family. Self-indulgent popular culture, however, for some time now has been dismissing, deriding and lampooning family, and perhaps with no greater zeal than in California currently.

Autocrats have always feared and loathed the power of the family though, and not just on the US West Coast. Whether it be the Khmer Rouge in the Killing Fields of Cambodia, Stalinist commissars with their gulags, or Cultural Revolutionists terrorizing China in the 1960’s, tyranny make the concerted effort to stamp out familial bonds while going about the business of trampling human rights, freedom and liberties.

Excellent parenting will overcome any obstacle though. Jews have known this as they’ve withstood every assault on their culture and their children for thousands of years, and no authoritarian heavy-handedness aimed at the nuclear family, dreamed up by far-leftist collectivists will ever supplant it—not now, not ever.

Dr. Friedemann Freund—principal investigator at NASA, lead scientist at the SETI Institute, professor at California’s San Jose State University—is an admirable example of what is produced by caring, dutiful, upstanding parents, in his case an unbroken chain of them going back centuries. “My ancestors came from Prussia,” he told me recently,” moving to Berlin in the early 1700s and becoming prominent in the Prussian army hierarchy. That’s where and when they had to give up their Jewish identity and become mainstream.”

Professor Freund married well, taking the hand of Hisako Matsubara, the daughter of a prominent Shinto priest in Japan, herself a respected novelist, publishing works in English, German and Japanese. Their union produced a son, Minoru Freund, an offspring with the potential to outdo even father and/or mother.

Mino—his nickname and the title of Matsubara’s recent work—was on a fast track to outshine his illustrious parents.  Growing up in Germany the child was already speaking several languages and reading and writing Japanese at a very young age. As an adolescent his parents introduced him to the arts and literature as well—achieving considerable skill in piano and drawing. He double-majored in mathematics and physics and went on to the uber-prestigious Federal Institute of Technology (ETH) in Zurich, Switzerland.

As an adult, his star was streaking. At the age of 47 he was Director of NASA’s Center for Nanotechnology and Advanced Space Materials and had already had a role in dozens of astounding accomplishments in too many great NASA projects to list. One feat stands out, however.

Making the acquaintance of two scientists who were working on constructing the first Scanning Tunneling Microscope (STM), he himself, almost on a lark, built a functioning STM, one capable of imaging single atoms, somewhat beating to the punch as it were, the two scientists whose perfected apparatus won them a Nobel Prize.

What’s missing in Minoru Freund’s biography is almost as telling as well though. There’s no litany of scurrilous social media postings in which he lashed out at the centuries-old institutions and traditions that made him what he was. Also absent are unseemly and vulgar public displays, outbursts demeaning either his mother’s or his father’s race and culture. And as far as remaking the ancient constructs in the half-dozen languages he spoke, he took no part with those determined to destroy the beauty, power and dignity of English grammar with extremist political pomposities.

Friedemann Freund, in the spirit of full disclosure, is a friend; he was gracious enough to write a section of a chapter in one of my recent books on earthquakes. I’m repaying the favor by holding his son up to the world as the sort of citizen this nation desperately needs, especially since he’s no longer with us. Minoru Freund contracted a very aggressive brain cancer in 2009 and passed away in 2012 at the age of 49. His family, colleagues and friends, of course, were devastated.

But family, for the new totalitarianism determined to undermine America and the West, far from being the inviolable foundation of society, is despised and under attack today. “The Nuclear Family Was a Mistake,” is the bizarre title of a recent article in the Atlantic in March, 2020, going on to suggest that “it’s time to figure out better ways to live together.”

And there are hundreds of articles being spawned in far-fringe propaganda fonts spewing far more pernicious Orwellian groupthink. Indeed, for those whose lives are devoid of decent family interactions and filled with partisan angst instead, who blame all their shortcomings on their parents, everyone’s parents, all our ancestors going back to the dawn of Homo sapiens, the 330,000 year old nuclear family isn’t broken—they are.