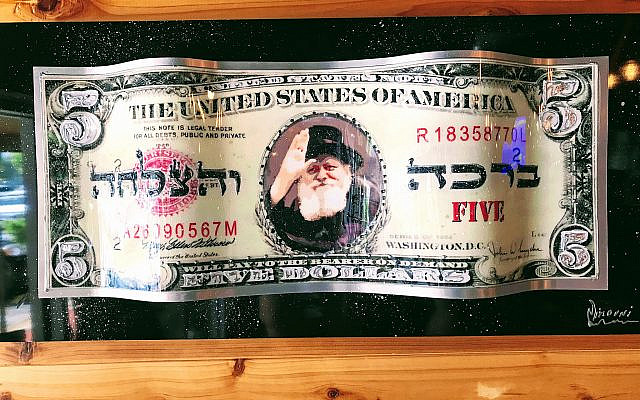 This morning, I woke abruptly from my sleep. The thoughts of this week’s events circling in my head: from the disturbing suicide of alleged sexual abuser Chaim Walder in Israel to the diametric opposite of acts of holy charitable giving that I saw from my own children.

Earlier in the week, I must admit that I wanted to write somewhat extensively about my outrage at Rabbi David Lau, Chief Ashkenazi Rabbi of Israel for attending the shiva (mourning) with the family of the alleged sexual abuser Chaim Walder. Moreover, in a trivializing way and despite testimony from 22 young women, Lau then called for abuse victims to come forward. In my opinion and I think I speak for many others as well; he sent the absolute wrong message implying support instead of condemnation for (alleged) sexual abuse as well as suicide: both considered big sins in Judaism. However, out of respect for his blessed father, Rabbi Yisrael Meir Lau, who survived the Holocaust to become a great rabbi of Israel, I will say no more on this.

Instead, I want to say something extremely positive that I experienced and learned this week, and it is about charity. Yesterday, my oldest daughter contacted about an unauthorized charge she got on her bank account, in effect double paying her credit card bill for the month. She had already contacted the credit card company and they acknowledged that it was “inexplicable” how this occurred. But this strange situation led me to sit down with my daughter and review her credit card account. And what did I find? No, there were not lots of charges for things for herself (like you’d expect to find for virtually any young person in America). Instead, I was surprised when I saw charge after charge (sometimes three in a row or more) for charity! Charity for feeding the hungry, for orphans, for brides, for people experiencing difficulty having children, for yeshivot, and on and on.  Similarly, my younger daughter and her husband are exacting on themselves in giving maaser (tithing 10% or more) to charity. Moreover, this week, I saw my son-in-law reading a book about the laws of charity, and even offering me beautiful advice on giving properly. Despite, my dear children still “starting out in their life” and working hard to make their own ends meet, they are adamant about charity and helping others.

Honestly, I couldn’t have been prouder of them this week when I saw this and particularly in contrast to the disturbing news about Walder and the shiva visit by Rabbi David Lau. However, seeing this incredible outpouring of charity by my children gave me renewed strength and hope in people; at least in some people who choose compassion and giving over selfish greed, and who pursue good over evil in the world. Honestly, until I awoke this morning, the full impact of this lesson hadn’t even hit me. But when it did, the message was clear about giving charitably to others. In a sense, it’s hard to even contemplate giving 10% or more to charity on a regular basis. We all have commitments, bills, and uncertainties in life that we try to prepare for and of course, remembering the mantra “to save for a rainy day.” Yet, reflecting on what I saw and learned from my beautiful children is that the money is not yours, but rather G-d’s. He decides what you will have, and you will have no more and no less. Once you internalize that the money isn’t really yours to begin with then it is not as hard to give to charity.

So, at around 4:00 am this morning, I wrote a note to my children saying how much I appreciate them teaching me about the critical importance of charity. And referencing Proverbs 19:21

Many are the plans in the mind of a man, but it is the purpose of the L-rd that will stand.

We can’t outsmart G-d, and we can’t take what isn’t rightfully ours. In effect, the charity we must give, already belongs to G-d, and we can’t keep it or invest it, because at the end of the day, G-d will have what is His. And with this realization, lying back down in bed, I sung the words from Proverbs many times to myself and smiled, thanking G-d for my children who teach their parents and for G-d enabling me to learn new lessons for my soul and how the blessings from G-d are ultimately realized.

In short, while sexual molesters (i.e. monsters) steal from the bodies of their victims and inflicts devastating harm to them physically, mentally, and emotionally, in stark contract are those who give charitably to others, giving of themselves in order to make others that are in need whole again in body, mind, and soul.