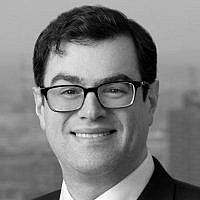 True, there are no stormtroopers rounding up Jews into concentration camps today. Nor are Jews widely barred from owning land or gaining citizenship rights as they had been in the past. But there are still those who idealize those times and believe mankind remains under threat from the Jews. To them, Jews remain the shadowy puppeteers who orchestrated the Great Depression and the world wars. Radical Islamists view Jews as rejected by God. On the far left, Israel is vilified as a Nazi state and individual Jews are condemned for her actions based solely on their religious affiliation.

The Counter Extremism Project (CEP) has completed a comprehensive historical overview of anti-Semitism that looks at the historical causes and evolution of anti-Semitism. CEP has concluded that, contrary to reports of a new anti-Semitism, what we see in the world today is very much the same anti-Semitism we have witnessed for thousands of years but repackaged to fit modern narratives. And at the core of that historic anti-Semitism is power —accusing Jews of having too much power and seeking to take it away.

It is, of course, a historical irony that Jews have been largely powerless over the past 2,000 years. Nonetheless, some of the biggest anti-Semitic myths of the twentieth century ascribing great power and influence on Jews — Jewish control of Hollywood, Jewish control of the U.S. financial system — were borne out of the repression of Jews. The Jewish association with finance stemmed from Medieval professional restrictions on Jews that limited them to moneylending because the Catholic Church believed collecting interest was sinful. In the early twentieth century, Jews joined the burgeoning American film industry because they were often shut out of other careers. Even the charge of dual loyalties assumes the presence of a larger, powerful Jewish entity — whether it be the State of Israel or the Jewish community itself — that commands ultimate fealty.

Look at a 2020 survey by the Conference on Jewish Material Claims Against Germany, which found that 11 percent of Americans under 40 believed the Jews were responsible for the Holocaust, while 15 percent said they thought the Holocaust was a myth or had been exaggerated. In New York State, 20 percent of adults under the age of 40 felt the Jews caused the Holocaust. These figures are staggering, but they again imply that Jews have the power to shape these events.

Hitler and the Nazis justified their monstrosities by blaming the Jews for Germany’s economic and social woes. Only by excising the Jew could Germany rise again. In Medieval Europe, Jews were accused of poisoning the wells to cause the plague. Again, attributing both power and nefarious intent to the Jews. And then there is one of the oldest anti-Semitic canards, that Jews were responsible for the death of Jesus. Whether one believes Jesus was the messiah or the son of God, such an act would require an immense amount of power. These accusations of malicious use of Jewish power all resulted in a violent pushback to either reclaim that power or take revenge.

Modern anti-Semitism is also based on the power paradigm. When U.S. Representative Ilhan Omar accused the pro-Israel lobby group AIPAC of unduly influencing U.S. foreign policy, she was accusing Jews of having too much power. When then-presidential candidate Donald Trump told a group of Jewish Republicans that they wouldn’t like him because they couldn’t control him with their money, he was accusing Jews of having too much power. When white supremacists blame Jews for spreading the coronavirus or holding back a cure, it is again about Jewish power. Pittsburgh shooter Robert Bowers and others like him take it upon themselves to strike back against these perceived enemies and reclaim that power. On college campuses, Jewish students find themselves targeted by those seeking to punish all Jews for the actions of the Jewish state.

Anti-Semitism manifests differently on the far left and the far right, but the common core is a manufactured fear of perceived Jewish power and the need to defend against it. For those who feel insecure in their current place in the modern world, the Jew continues to be a convenient target.