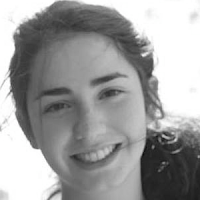 The Blogs
Anael Malet
Apply for a Blog
Please note that the posts on The Blogs are contributed by third parties. The opinions, facts and any media content in them are presented solely by the authors, and neither The Times of Israel nor its partners assume any responsibility for them. Please contact us in case of abuse. In case of abuse,
Report this post.

TEL AVIV – I sit in a little café in the south of the city; I am meeting with ***, the co-founder of “Shovrim Shtika” or “Breaking the Silence”, the organization that made a lot of noise a few days ago after it published a report collecting testimonies of IDF soldiers, denouncing the immoral actions of the israeli army during last summer’s operation in Gaza, “Protective Edge”. Actually, the meeting took place several months ago. Then, only a few had ever heard of Shovrim Shtika and its actions. But today, it has become one of the most popular civil organisations after its report made of the headlines of the international press – from the NYTimes, to the Wall Street Journal, from Le Monde in Paris, where no less than three articles on yesterday’s edition were dedicated to the report, to The Guardian in London.

This is no surprise. The report by Shovrim Shtika has everything to attract readers : in addition to dealing with the Israeli-Palestinian conflict, it also sustains people’s desire for scandal, gore and realism. The report also prompted uproar in the Israeli public. And indeed, no one can actually remain impassive while reading it. Yet, the problem with Shovrim Shtika is not the content, but rather its audience: at odds with what the majority of international readers would think, the report published today does show the inhumanity of the Israeli people, nor does it prove that Tsahal soldiers are cold-blooded murderers. Instead, it highlights a problem that is well-known in every country throughout the world and even in the most democratic ones: the difficulty for democracy and law to infringe on the field of security and army, and the pervading character of the fiction that war could be moral.

Discovering the inquiry by Shovrim Shtika, readers are horrified by the degradation and depersonalization of human life described by the veterans – shades are enemies to be killed and no longer human beings-, they are aghast by the sensation of “playing a video game” that the soldiers recounted. But in fact, the reality is that they are suddenly reminded of what the word “War'” means: an abnormal situation where killing becomes not only normal but a pursued end. The pacified Europe, in which no one has legally fired upon someone else for the 70 last years, is awakening from its amnesia. But opposed to opinions that would make Israel out to be a criminal state, let me remind you that Israel did not invent war. Let me also remind that, in the legal vacuum of war, each soldier, each unit is left abandoned, they are each their own responsibility and must rely on their own moral conscious. Whole systems like Guantanamo have existed to prove it, and, no later than a week ago, French soldiers were suspected of sexually abusing children they were supposed to protect in the Central African Republic.

World opinion, and especially the one that is so prompt as to accuse Israel of committing atrocious crimes, has forgotten that War aims at killing.

But it also lives in the dangerous illusion that War could be “clean” – thatt is even more pernicious. Unless, we go back to pre-1914 warfare, with its military drums and bugles and well-ordered front lines, war in modern times unfortunately means the ratio of powers through maximum destruction, not only in the front line but above all behind the lines. – And let no one talk about the humanity’s “progress” in the field of war : Vietnam took place more than 10 years after the Geneva Conventions were created. .

I want to be clear about the point of this article: I am in no way whatsoever normalizing or negating the disastrous effects of the last war on the civillians in Gaza. But I am appalled at the benevolent World Opinion that accuses Israel of inhumanity, while if forgets that it is the war itself that it inhuman.

Sitting in my Cafe in Tel Aviv, my meeting with *** is coming to an end. I would like to transmit his words when I ask him the question that is burning inside me: “Why did he do that? What is the goal he assigned to Shovrim Shtika when he created it?”. He answers me: “To enlighten the citizens on the true nature of war, so they’d know what it means; so that the army can be held accountable to the people who are ultimately the ones who have to decide, and hence, the ones who have to know.” I was skeptical: the mission to bring back “consciousness” to the army, sounds impossible to me. Isn’t the state “the coldest of cold monsters”, and the army, his hand, his machine for which the very notion of “thinking” is nonexistent ? He nodded. Yes. And because it was so difficult, we had to do it.

The facts revealed by Shovrim Shtika’s report are terrible. They should be investigated, judged and condemned if it is proven that soldiers or units deliberately targeted civilians. Yet, the most important lesson we have to take from it is that Shovrim Shtika actually proves the living character of the Israeli democracy whose civil society dares investigating a field left unaccounted by so many countries, be it in the past or in our present time.

About the Author
Anaël was born in France, and moved to study at the Hebrew University last year. She is currently living in Jerusalem.
Related Topics
Related Posts
Comments