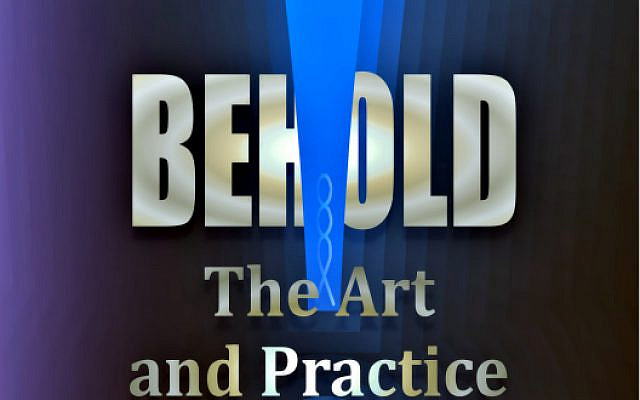 If you take a degree in Biblical Studies today (especially in the USA, and especially in their Christian colleges) then you’re liable to emerge from your matriculation with a very strange picture of ancient Israel. You’ll be asked to believe that ancient Israel, alone amongst the civilizations of the ancient near east, did not develop their own tradition of mathematics and science. You may come away from your advanced studies believing that the people of ancient Israel thought Pi was just 3, and that any gematria practised was “a very simple affair”.[1] Your professors may opine that the subject isn’t taken seriously by scholars of antiquity because it isn’t interesting or compelling, and they may state that there isn’t enough evidence to support the view that there is any substantial gematria in the Tanakh at all.

You may find that they state all these things with total confidence in their position and be entirely unaware that there is any other reasonable or logical position to take. Students are often not aware of how shallow the studies of these towering figures of academic authority often are in this particular area of Biblical Studies.

If you have been following this blog then you’ll know by now that these views cannot be supported, and that the evidence for biblical gematria is overwhelming. Moreover — you’ll understand that the art and practice of biblical gematria differs from a form of ancient rhetoric math only by the fact that it was encrypted. So what’s with this attitude from American Professors? Why can’t they just ‘get with the times’ and enjoy having a new and extremely valuable tool for biblical exegesis at their disposal?

An apologist might argue that Professors are human beings, and sometimes they follow the herd and embrace various positions in order to remain in good standing with the larger community of biblical scholarship in America. When Professors ignore more cutting-edge but reputational costly positions, in favor of the safer old-school position, our apologist might have you sympathize with the position of the scholars within these private schools. He would tell you “These are people whose personal employment, salary and security of residence are held in hostage by their Christian base.” Yet an apologist would miss the point by making it about the Professor at all. The real hostage in all this is the field of Biblical Studies itself.

Biblical Studies is renowned for being old-school. It’s almost (but not quite) a joke. I’m not laughing because when it comes to the matter of the mathematical heritage of ancient Israel, the ‘old-school’ borders on anti-Semitic. It may be understandable for hunter-gatherers to be almost numerically illiterate, but for a sophisticated civilization like ancient Israel? No math? No science? The only way this narrative could be accepted is if people believe that the apparent lack of an independent mathematical tradition is an actual lack, and if they concurrently believed that such an absence was caused by some lack in the people themselves.

It is said that an absence of evidence is not evidence of absence. When the biblical cipher was unpublished and still unknown to the academic community, the reasonable position to take was that expressed by Professor Stephen J. Lieberman:

“… we must admit that its possible such techniques [as gematria and notariqon] were employed in biblical texts. The means were available, and if the desire was present, it was certainly possible for hidden messages to be put into the Bible.”[2]

There is virtue in such caution, but its more usual in these times to see (Christian) academics in an almost casual state of denial, even when they are supplied with the correct cipher, a list of the scribal conventions of the time, and extensive database of examples of actual gematria calculations drawn from the bible itself. I see a lot of lip-service paid to the idea that “the best exegesis of a text flows from methods actually used by it’s writer”.[3]

It is at such times that I find myself reflecting upon the words of Aleister Crowley when he wrote:

The sin which is unpardonable is knowingly and wilfully to reject truth, to fear knowledge lest that knowledge pander not to thy prejudices.

I might add, ‘lest that knowledge not pander to the prejudices of your Christian base’, who frequently reject the notion of gematria in the bible based on the simple rationale that “God would not hide ‘his word’ from mankind”. These views are widely espoused by people who are not able to distinguish between an inspired text and one that has been channeled directly, but unfortunately, they hold the academic purse-strings of American academia.

A slightly more cogent argument is given by some scholars on the basis that the Tanakh has some degree of scribal interpolation in it. This is usually given alongside an argument about changes to the spellings of words, but the second argument makes no sense (gematria is not dependent upon words having fixed spellings or values) and the first argument is self-defeating since gematria is actually a valuable tool with which to spot scribal interpolation and determine the original spelling of the text.

Whatever the reasons why Christian academics reject an exegesis that uses the actual methods of biblical scribes themselves, I think it’s fair for students to ask themselves if they are really going to sign up to an average $ 35,000-degree course that will teach them nothing but old school linguistic arguments and prejudicial exegesis? And what is going to happen when, inevitably, some students walk into these colleges with the ability to apply ancient scribal methods and incorporate that into exegesis? Will they have the same respect for those Professors who have their heads firmly entrenched in old-school sand?

—————-
[1] Actual quote from an Associate Professor of Religion.
[2] Stephen J. Lieberman, ‘A Mesopotamian Background for the So-Called Aggadic ‘Measures’ of Biblical Hermeneutics?’
[3] ibid.

Coming soon from this author: ‘Behold! The Art and Practice of Gematria’; a complete key to the esoteric interpretive tools of ancient scribal authors.