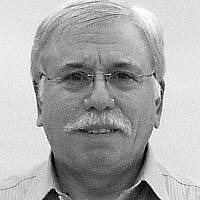 Since the 1975 United Nations’ General Assembly vote to adopt the “Zionism Is Racism” resolution (3379), numerous other forms of anti-Israel condemnations were forthcoming and continuous. One of the most heinous was the Boycott, Divestment and Sanction (B.D.S.) anti-Israel tactics. Actually, B.D.S. was initiated and perfected in pre-World War II, Nazi Germany. The intention then was to marginalize their Jews socially, politically and economically, until they were reduced to poverty and were categorically insignificant.  At which point, it led to their sanctioned elimination, an action that has not gone unrecognized by today’s generation of organized haters of Israel and Jews.

An unwelcome byproduct of the present contempt towards Israel is a heretofore unpredictable, enmity connection shared by Islamic extremists; far right Neo-Nazis and white supremacists; elements within the far left including some newly elected Democrats, and a suspect Republican or two; as well as repeated anti-Israel bias spewing from the United Nations. This is a particularly dangerous combination when supplemented by hostility and provocative agitation from Students for Justice in Palestine, Jewish Voices for Peace, American Peace Now, and J-Street; each with an agenda that ironically does not appear to endorse promoting peace.

Within the past 4 years, incidents of property damage and threats of actual and implied violence targeting Jews, particularly pro-Israel, Jewish students and their non-Jewish supporters, have dramatically escalated on campuses across the United States. Meanwhile, the administrations of the affected institutions of higher learning appear ineffective to, or reluctant to intervene against the obviously discriminating and dangerous behavior. Recognizing the potential for eventual deadly confrontations, and understanding that the hostile provocateurs do not speak for the majority of Americans; the U.S. Congress initiated the, 2016 “Anti-Semitism Awareness Act (A.S.A.).”  This initiative passed the Senate floor vote, virtually unopposed. Among its key elements, was the codification of “antisemitism,” necessary to hold accountable those who pursue the path of group focused, hate-based, repetitive attacks. The singling out of Jews or other faith-based groups on campuses, simply because of religious beliefs would no longer be ignored or tolerated.

Cleverly, these confrontations were intentionally morphed into” anti-Zionism” political actions, to make them appear more palatable, and deflect attention away from the often spewed antisemitic verbiage. In this format, the press proved more sympathetic to the protestors, especially when Zionism was presented in terms of a David verses Goliath struggle; with Israel painted as the brutal aggressor.  With the threatened potential of First Amendment Free Speech conflicts, the House of Representatives version was relegated to linger in committee, until it eventually was voided for lack of follow-through within the designated time period allowed. Score one victory for the purveyors of hate.

In 2018, another version of the A.S.A., the H.R. 5924 Initiative, was introduced, but sadly, this legislation seems unlikely to also reach the House Floor for its vote, for the same potential free speech issues that brought down its predecessor.  Score two victories for the purveyors of hate.

Most recently, the “Strengthening America’s Security in the Middle East Act of 2019 (S.1) successfully passed the bipartisan Senate floor vote, 77-23.  Yet, even with its delineated goals of supporting Middle East regional stability; it included a provision that would curb malicious challenges to individual states and local governments’ rights to pass Anti-B.D.S. legislation. Without such, Israel’s economic collapse could prove imminent. For a third time, because of the same potential for free speech challenges, even with its well defined security provisions, the chances of passing the new Democratically controlled House of Representatives, is slim, at best. Score another “potential” victory for the purveyors of hate.

It is important to recognize that the involvement of Congress might not have been necessary had Title VI of the U.S. Civil Rights Act of 1964 not limited its list of prohibited forms of discrimination to race, color, and national origin.  By religious discrimination’s’ omission, overt and covert acts of such hate became difficult to confront on campus and elsewhere.

Yet, there exists a lesser controversial remedy. By amending a law already on the books, such as Title VI of the U.S. Civil Rights Act of 1964, to include acts of religious discrimination, all students could avail themselves of such protections– Muslims, Christians, and Jews, as well as other targeted religious minorities – who currently suffer these indignities in silence.   This remains an imperative that must no longer be tolerated or trivialized.   Government needs the mandate to assure all Americans, of all religious faiths, a safe and conducive environment; to speak, to peacefully gather and to learn, assured within federal law.

For far too long the rights of the provocateurs appear to overshadow those of their victims. American society is becoming insensitive to the threats posed by these hate-filled groups who feel empowered to deprive Jews and others of their basic rights, and to get away with it; simply because they can.

We appear to be, entering another dangerous era where religiously based attacks against Jews and Christians are proceeding worldwide effectively unchallenged and thereby gaining some degree of validation as well as momentum, especially within Europe. As the Nazis did, the current day perpetrators employ similar means to mold public opinion, gradually testing the waters with progressively more severe actions. Employing the methods of half-truths, misconceptions, misdirection, boycotts, divestment, and sanctions; as well as demonetization, deligitimacy and double Standards, it has proven easy to recruit frustrated, gullible individuals to add to the ranks of the haters. Readily, they succumb to the nefarious propaganda that Israel and anyone who supports Israel (Jews) are the primary cause of discontent in the Middle East, and responsible for the other unsettling events, worldwide. Although our sophisticated American society should be highly suspicious of hostile group labeling and totally intolerant of religious scape-goating, yet too many conveniently prefer to shut their eyes and minds to what is going on, until they are on the receiving end of such ugly behavior.

For some time now sympathies have been shifting, away from Israel and Jews towards Middle East Arab/Palestinian peoples. Frequently labeled as the new underdog, they have been indoctrinated to believe that they will never succeed, as long as they are continuously oppressed by Jews, who are made to appear an entitled oppressor; and adding that violence is an acceptable means to achieve parity. This follows the philosophy of Nazis leaders Gerbils, Himmler and Guerring: tell a lie big enough and repeat it often enough and people will start to believe and rely on it. Suppress the truth as it is the mortal enemy of the lie; and construct a visible enemy upon which to focus resentment.

We must not ignore Iran’s clear and repeated vow to wipe Israel off the face of the Middle East map, before turning their sights upon America. This must be taken seriously as it is firmly entrenched within the psyche of Hizbullah, in Lebanon; and Hamas, in Gaza. Each acquires a seemingly endless supply of ever more sophisticated armament with which, the level of risk to Israel and Jews rises. With the I.R.G.C.  having access to billion dollars, courtesy of the prior administration, in exchange for vague, hard to verify, promises to cease their history of enriching weapons-grade fissionable material, this promise seems hollow, as they continue perfecting of their I.C.B.M. payload delivery systems. What was the Obama administration thinking? By providing such vast sums of unregulated cash, did they think the I.R.G. C. would allocate the dollars to enrich the lives and freedoms of their citizens?

Israel is not going to sit passively by in the face of repeated existential threats. Israel and Jews have been in a continuous challenge to secure their viability over the decades, if not centuries.  Possessing nuclear weapons and the means to reciprocate, if ever necessary, and living by the code, “Never Again,” Israel’s enemies would be wise not to write them off.

The memory of the European Holocaust and what led up to it is fast fading, yet the same evil that brought it about so many years ago is as much present today, as it was in pre-WWII Germany. The question remains, are we Jews doomed to repeat it?