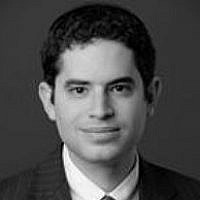 In mid-December, the Rabbinical Council of Bergen County (“RCBC”), a board of New Jersey Orthodox congregational rabbis that oversees kashrut certification and religious conversions, adopted a new bylaw which would oust the rabbi of Netivot Shalom, a Modern Orthodox synagogue in Teaneck, New Jersey, from the RCBC, unless his synagogue ceased employing female rabbinical students in roles that help them fulfill their ordination requirements.

The RCBC’s actions were in response to Netivot’s rabbinical internship program that, over the past two years, has included students from Yeshivat Maharat, a New York-based women’s rabbinical seminary. Rabbinical students in Yeshivat Maharat, like their male counterparts in Yeshiva University’s Rabbi Isaac Elchanan Theological Seminary, are required to complete a period of shimush, in which they work alongside a practicing communal rabbi. The concept of shimush derives from the rabbinic statement of gadol shimishu me-limudo — that on-the-job training is the best kind. Indeed, most established Orthodox synagogues employ rabbinic interns. They do so out of the belief that our community as a whole, and not merely its rabbinic seminaries, have a responsibility to ensure that tomorrow’s rabbis are well-trained.

Until last year, such an opportunity was not available to female rabbinical students in any Orthodox synagogue in Teaneck. In that sense, Netivot’s decision was groundbreaking. Personally, my wife Tamar and I were so inspired by Netivot’s decision that we helped sponsor their first female rabbinic intern, Dina Brawer. We felt that providing a training opportunity for such a dedicated and talented woman was a wonderful investment of our community’s resources, and we are deeply thankful that our community played a role in her development.

Netivot’s interns this year are no less impressive. Marianne Novak of Yeshivat Maharat is a mother, lawyer, and teacher who came to the rabbinate after years of dedicated communal involvement. David Schwartz of Yeshivat Chovevei Torah came to the rabbinate after years of professional practice, including as a partner at the law firm Wachtell, Lipton, Rosen and Katz. That such intelligent and accomplished people have chosen to dedicate their lives and talents to our community’s future is a triumph, and I believe that our community should be proud to invest in their continued growth.

That said, I was not surprised, or even disappointed, that rabbis of the RCBC came out against Netivot’s internship program. A number of RCBC rabbis, including some I personally know and respect, are well-known opponents of women’s ordination, and their principled opposition was therefore something to be expected. However, I had hoped that Netivot’s decision would spur a healthy communal debate, as there is thought and scholarship on both sides of this important issue, and that our community — and, indeed, all of Modern Orthodoxy — would potentially be strengthened by this debate.

Sadly, that is not what our community got.

There was no communal debate or sharing of scholarship, just a legal gimmick — a change in bylaws — behind closed doors. Instead of acting like rabbis, the RCBC’s members acted like lawyers — and bad lawyers at that. Using legal gamesmanship to bully one’s opponent is the surest mark of a jurist who has no case. Serious jurists use the classic tools of argumentation — scholarly sources, evidence, policy considerations – to persuade their audiences and thereby win their arguments. The RCBC’s rabbis, regrettably, used none of these.

The RCBC may argue that their response was an attempt to be discreet, to placate a conservative fringe while avoiding a larger communal confrontation. That Darkei Shalom — the peaceful path — is critical to maintaining communal cohesiveness.

But such an argument is, with all due respect, unconvincing. Yes, peace and communal unity are key communal values, but they are curious justifications for those who seek to single out a communal leader for exclusion from a communal institution. Indeed, ostracizing a communal rabbi (and, by extension, his synagogue and its members) is such a severe step that, in the absence of an absolutely compelling justification, seems like the bullying excesses of a mindless mob. The RCBC’s actions not only will achieve neither peace nor unity, they challenge a whole host of critical communal values that should concern everyone in our community — and, indeed, all Jews who view themselves as Modern Orthodox — regardless of where they stand on the issue of women rabbis. Here’s why.

First, the RCBC’s actions suggest that its rabbis believe that they owe no accountability to their communities — that their communal positions may be used by them as they see fit, rather than as community property entrusted to them to use in furtherance of our community’s interests. The facts here are difficult to sugarcoat: the rabbis of our shuls weaponized their communal positions to ostracize a group of our fellow community members — people who are our friends, our neighbors, our relatives, whose children attend our schools and whose children play with our children — to squash a debate they did not want to have. And they did so not merely without our community’s consent — they actively sought to conceal their actions from the community.

Second, the RCBC’s actions suggest that secrecy rather than transparency is the appropriate way to resolve communal concerns. Really? Suppose that Special Counsel Robert Mueller decided not to publish his report on the Russia investigation, but to instead personally and privately “resolve it” with President Trump. Would that allay the public’s concerns? Of course not. A private response to a public concern is inherently inappropriate — it does not address the concern, it compounds the concern, and it goes without saying that our communal leaders should stay far away from conduct even remotely resembling a cover-up.

Third, the RCBC’s actions suggest that our community’s synagogues’ practices and principles should be set not by each synagogue’s membership, but by a magisterium — a rabbinic body not elected by, answerable to, or otherwise personally connected with the synagogue’s members. To be blunt, there are RCBC rabbis who have not — and would never — set foot in Netivot. Should such a magisterium, rather than Netivot’s own rabbi and members, decide what its policies should be and who it can and cannot hire? Of course not. No synagogue would or should cede such matters to an external body – unless its membership has expressly agreed to do so.

Fourth, the RCBC’s actions suggest that its members believe that, in our community, rabbis rule by fiat — their role is to decide and our community’s role is to simply obey, without any need on their part to justify their decisions. Such an authority structure is consistent with the notion of Daas Torah, that individual Jews outsource spiritual struggle and decision-making to gedolim, sages. It’s also consistent with the notion of papal infallibility. But Modern Orthodox Jews, unlike our Haredi co-religionists, categorically reject such a notion. Instead, we believe that governance comes only with the informed consent of the governed, and that the rabbi’s role is to guide, educate and persuade, not dictate.

Finally, the RCBC’s members seem to believe that our community is intellectually incapable of thoughtfully considering a complex issue. Indeed, it is hard to construe the RCBC’s attempt to avoid debate as anything other than a devastating vote of no-confidence in our community’s erudition, intellectual honesty and integrity. Purported defenses of “communal unity” and “peace” only compound the insult to our collective intelligence. Darkei Shalom is a reason to avoid petty squabbles, not debates over substantive issues. Battles over things that matter, if waged honorably and respectfully, are noble endeavors that make our community stronger and better. Are not machlokot li-Shem Shamayim, battles for the sake of heaven, the battles we should be having? And isn’t our community capable of waging them?

I think the answer to both is a resounding yes. This is a discussion to have, not avoid, and our community is absolutely worthy of our having it. Accordingly, in a forthcoming piece, I hope to present why, as a matter of both Jewish law and communal policy, community members (like me) increasingly support women’s rabbinical ordination. Others in our community who feel differently should take the opportunity to publicly respond and share their views as well with our community. We may not ultimately agree on how to treat women’s ordination, but in that “failure” we will have agreed on something even more important: that a diversity of well-reasoned views is good for our community and that our community is stronger for it.