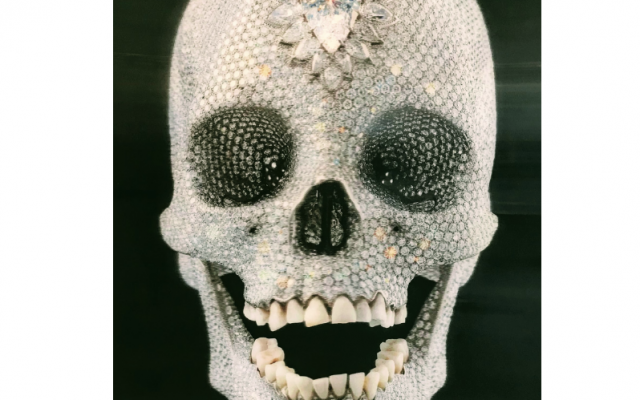 On Thursday this week was Yom HaShoah when we commemorate the Holocaust where six million Jewish men, woman, and children were savagely murdered by Hitler and the Nazis. The potency of this moment each year is encapsulated in Israel when the sirens sound throughout the Holy Land, and everyone and everything comes to a complete stop for a deafening two-minute silence. The stillness and silence are time to remember what occurred, reflect on the meaning of the pain and suffering of our people, and commit to “Never again.” At the same time, the military siren that sounds loud and harsh is a reminder that the next wave of attacks can come yet at any moment.

Of course, insecurity amidst perpetual threats is not only felt by the Jewish people and Israel. Around the world, we are living through some very turbulent times again. Firstly of course is Russia’s invasion of Ukraine, with over 5 million refugees, the supply chain for energy and food under siege, and threats to escalate with nuclear weapons and enter World War 3 in a major, world-altering conflict with NATO. On top of that we continue to try and dig out from two years of the Covid pandemic yet are facing ever new variants that threaten to rear their ugly viral heads and make us all sick. And of course, we have the economy in the U.S. for example, which is teetering on the  edge, with inflation rising to a 40-year high, the national deficit ballooning to over $30 trillion, consumer confidence at an 11-year low, and the stock market approaching bear market territory with plenty more pain likely to come. On top of all this we have rampant crime, increasing racism, and an out of control border, so who is feeling really good these days about where we’re at?

Sure, when the world around us is in chaos, it can be more than a little challenging for us to feel safe now or confidant in the future. I do know that many people are feeling uncertain, anxious, and fearful. Even in the best of times, we recognize our frailties as human beings and that things can change for the worse (or better) at a moment’s notice. In the face of potential adversity or crisis, I don’t think there isn’t one of us out there that doesn’t at one time or another question themselves thinking that perhaps the challenges are greater than perhaps our ability to manage or cope with them. Words to the effect of “I’m not ready,” “I don’t know how,” and “I can’t do it” ring in our heads and manifest in our nightmares, seep into our consciousness, or even leap at times from quivering lips.

Listen the world is complicated and can be quite harsh indeed. There are plenty of tyrants, bullies, narcissists, and nut jobs out there that are ready to do bad and violent things. And while the world may not yet be in World War 3, we have had a long history with more than enough death and destruction in this world, including most recently World War 1 and 2 as well as the Holocaust that brought unspeakable horrors. And yet now, Putin threatens devastating “consequences that you have never seen in your history.” Well that sounds pretty darn ominous considering where we’ve already been!

Listen, we are forever in a battle of good and evil in this world. We have to rise to the occasion to stand by our faith in G-d and ensure that good prevails. Easier said than done, because of course, fighting to defeat wrongdoing and evil is not only a battle that takes place within our own souls, but with those that have already sold their souls to the devil for money, power, honor, and every worldly gratification. So, the battles and wars ahead are scary indeed, but we have to choose the right side, silence our own inner conflict and turmoil, and put our fears aide.

One of the scariest things in confronting evil is that while we question our own abilities and carry self-doubt, our enemy is cold, calculating, and maybe even enjoys the chaos and harm they are causing. In the movie 1944, there is a potent line as follows:

The innocent feel guilt, but the guilty feel nothing (but emboldened).

Those with faith in G-d and who live by their conscience don’t want to hurt anyone, even a fly as the Buddhists teach, such that even the thought of escalation with Russia, Iran, North Korea, and other evil and terrorist enemies is undesirable, if not in many minds unthinkable. However, to the evil leaders of these nations and movements, our questioning, caution, hesitation, and doubt, may actually only embolden them to do much worse atrocities and cause significantly more death and destruction. For the faithful, we must listen to the historical words in the Prophets (Joshua 1:9):

Be strong and courageous! Do not be afraid. Do not be discouraged for the L-rd your G-d will be with you wherever you go.

Whether we continue to see a proxy war of the world superpowers limited to Ukraine for now or it becomes something broader and much worse remains to be seen. But we have no choice but to do whatever it takes to win—even if G-d forbid, it comes to serious blows with our darkest worldly enemies—because losing to evil is the most unthinkable option of all.