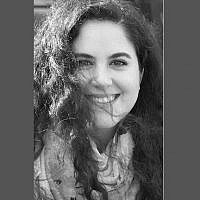 Before I moved to London to begin my life as a university student, I faced many worrying comments from my family and friends on the state of safety for Jews in Europe. I brushed off their warnings because I saw no reason to lend a hand to what I thought were common misconceptions. I wanted to start my year anew. My firsts few months living in London were more than great. I met the most amazing people who opened the doors to so many opportunities I never had back home, many of whom I could not be more thankful for. I refrained from telling people I was Jewish in the beginning, but that is sadly the current reality we are facing. However, looking at it from the bigger picture, especially coming from a small Jewish community in Singapore, I was a wide-eyed child in a candy shop, living the life.

Unfortunately, events that unfolded at Kings College of London on the evening of the 19th made me rethink how safe it really is for Jews to express themselves on campus and in London as a greater whole- even so far as to claim Europe.

Kings and LSE’s Israel Societies held a joint event, inviting Ami Ayalon, Israel’s former head of the Shin Bet, to come speak to students about stability and security in the region. As we approached the building where the talk was set to take place, throngs of students were lined up along the sidewalk, crowding the area and spilling onto the road.

It soon became clear that not everyone was going to be allowed to get in due to the lack of space, and thats when things turned violent.

As if a switch in them was ignited, Palestinian Society members (PalSoc) rushed towards the closed entrance, pushing and shoving. Filled with a fiery rage, those at the front banged repeatedly on the doors whilst shouting “free free Palestine” and “from the river to the sea, Palestine will be free”. As the talk tried to progress, PalSoc members tried to censor it with noise. They were not there to create a dialogue, they were there to hinder free speech. Others took a different route and clambered onto the railings by the windows, hanging up disgusting signs in mock-blood and screaming “apartheid”.

That’s when the fire alarm went off.

At first, I stood there gob smacked. I had my mouth hanging open and I froze. Only have I seen such disgusting behaviour on youtube, and never would I have thought to experience it first hand.

The Jews that were there looked on as these lunatics jeered and chanted in our faces. A few of us tried engaging in dialogue, but that was to no avail. Instead we received hateful comments coming from steaming mouths of intolerance. We were sitting ducks in a pool of anti-semitism.

A few PalSoc members broke through and gained entry into the building. A window was smashed and members chanted right outside where the talk was being held. Jews involved in planning the event were in fear of being violently abused. They had to use their bodies as barriers to stop these insane individuals from storming into the already full room, leaving the President of King’s Israel Society in tears.

The sense of relief when I heard the police sirens get louder ran through my body. However the second van that had to pull up ran shivers down my spine. Right at that moment, I was made to question what future I have as a Jew in London.

Police men, one after the other, approached the scene of the chaos where PalSoc members were creating havoc. They screamed violently towards the officers because they were told to step down and back away. A scuffle unfolded where one student got arrested.

I did not know whether to cry or scream.

As a people we have gone through generations of senseless hatred and I have come to accept the fact that I have no choice but to continue that lineage. To continue to live in a world where my life will be dictated upon where it is safe for me to be a Jew.

And the reality that I am the embodiment of the world’s oldest hatred.

Benjamin Netanyahu touched upon something so poignant yesterday in stating that, “the root of the conflict is the negation of the very existence of the State of Israel, the aspiration to wipe us off the face of the earth”.

Those words appeared before me as I saw countless individuals putting to shame the progress of co-existence. They spat upon the very foundations of the Jewish state, and delegitimised our right to exist.

I approached one of these screaming buffoons and simply asked her where she was from. She replied that she was from London. And when I asked her friend, she said she was from here as well. I then curiously asked, “has anyone here ever lived there? Have any of you guys lived in Israel or the West Bank, or even Gaza??” Without being able to give me even 3 names of people amongst the 100 standing around, she proceeded to scream in my face that I was being ridiculous. My friends rushed to my assistance as they saw her get crazed.

The truth here is that these students are fighting for a blind cause. They probably watch Al Jazeera on a daily basis, then scream “free Palestine” because that’s the new “it” thing to do in this 21st century.

Without knowing what they are talking about, they go as far as to hurt the Palestinian cause itself.

What happened at Kings College of London is an utter disgrace. These students that claim to be fighting for Palestinian rights have shamed themselves and are an embarrassment to justice and free speech. PalSoc students, by shouting, inciting violence, fighting the police, climbing on top barriers and preaching anti-Semitic rhetorics, have done nothing for their cause- other than make a joke out of it.

Instead of hosting a night to open dialogue, it was a night where we were robbed of it.

If there is one way to establish peace in the region, it is not this.