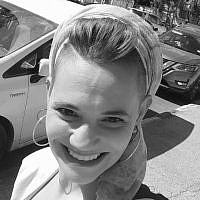 The Blogs
Naava Shafner
Apply for a Blog
Advertisement
Please note that the posts on The Blogs are contributed by third parties. The opinions, facts and any media content in them are presented solely by the authors, and neither The Times of Israel nor its partners assume any responsibility for them. Please contact us in case of abuse. In case of abuse,
Report this post. 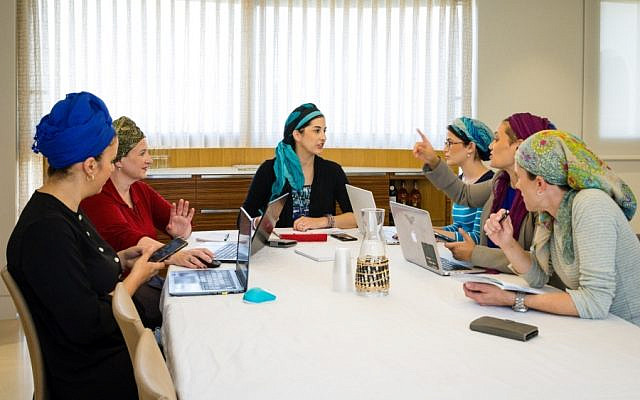 When asked to define myself, I usually rattle off my list of labels, my identity salad.

But in the past few years, many of my self-imposed labels were taken from me. Whether co-opted by extremists or completely dragged through the mud, my identity markers no longer fit me.

Recent events have called yet another label of mine into question, that of Orthodox-feminist.

And the question that keeps reverberating in my head is this: What happens when your flagbearers disappoint?

Although the Orthodox-feminist movement began before I was born, I did not identify with it until I was an adult. I didn’t know there were others questioning the status quo, unable to be contained by kol kvoda bat melech pnima, the honor of a princess is internal — the idea that nice Jewish girls should be gentle and retiring. I didn’t know that I wasn’t alone in wishing that I could have a deeper relationship with the religion that shaped every waking moment of my life, while remaining true to my self-worth and need for representation. Or in wanting more through knowledge and skills, an education that was not allotted to me growing up as an Orthodox girl.

Orthodox feminism provided me with a space and community where I could safely learn, grow, and challenge in such a way that long overdue change became possible and eventually even the norm in many places.

I stand with my sisters on firm halakhic and societal ground in my participation in ritual, in standing up for agunot, in deciphering a difficult Tosafot during a daf yomi learning session. Thankfully, times have changed.

In the past number of decades, what was taboo has become status quo, and this is only the beginning. I am grateful and inspired to be a part of the most learned generation of Jewish women in the history of the world. We know more, have experienced more as it relates to our sacred ritual, and, as a result, we are empowered.

We are now blessed to know that the weight of what felt like the world, that of our Orthodox women and girls, is supported by individuals and organizations all over the world.

The notion of vocally standing up for agunot and solving the core problem was unheard of before the seeds of Orthodox feminism were planted. The notion of women reading from  a megillah was viewed as blasphemous. That is no longer the case. We know better, do better, and are stronger now.

Organizations including ORA, Center for Women’s Justice, Yad La’Isha, Mavoi Satum, Bat Melech, Magen, GETTout UK, Chochmat Nashim and many others throughout the world  make it possible for women in abusive homes to seek help, and fight for an end to Aginut. They have experts for their psychological, legal and halakhic needs.

On the topics of religion and state in Israel, organizations like Itim, Ne’emanei Torah V’Avoda, and Kolech advocate for us in the halls of government and beyond.

Today, Orthodox feminism is no longer monolothic. It does not live under a single roof. It lives in our individual homes, but it also thrives in our synagogues, schools, courthouses and beyond.  We live intentional Orthodox feminist lives, continue to push for equality, and educate the next generation to be better.

So, what happens when your flagbearers disappoint?

This question has deep and personal repercussions for me, and after grappling with my neshama — I have my answer:

This label is one I will fight to keep.

There may be a winding road in front of us, but we forge ahead.

We are the flagbearers now.

We know that the movement lives in all of us, and we will proudly carry on the torch.