It is eighty years since Israel’s (then Palestine’s) first Chief Rabbi, Rabbi Abraham Isaac Kook, passed away. Tuesday, the third of Elul, will mark this eightieth anniversary. Rav Kook’s name has figured a lot in the news this past week. With the announcement of the establishment of independent conversion courts by leading rabbis of the Religious-Zionist sector, the question of the future or the possible demise of the Chief Rabbinate has been brought out time and again by various speakers. Repeatedly, one appeals to Rabbi Kook, the founding figure of the Chief Rabbinate and to his institutional legacy. Much of this appeal is an attempt to maintain the institution, regardless of its present status, by appeal to the greatness of its founder. 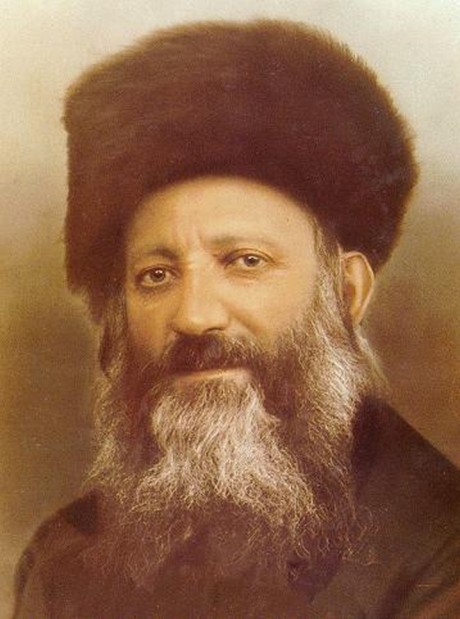 There is no doubt some validity to this approach, though at the end of the day I doubt the argument carries much weight. Rav Kook established the Chief Rabbinate during the times of the British Mandate, long before the pressures of state/religion and the damaging effects of the politicization of religion in Israel were a reality. The current institution has little to do with him, in terms of vision, ruling and spirit. When is the last time a Chief Rabbi cited the teachings of the figurehead to whom one appeals in an attempt to bolster the standing of the institution?

Rav Kook’s greatness and success cannot be measured in terms of his institutional legacy. He established a political party, called Degel Yerushalayim. It was very short lived. He created a yeshiva, Merkaz Harav. The image of the founding figure of the yeshiva did not prevent a division and secession of a large body of teachers from the mother yeshiva. Similarly, if the institution of the Chief Rabbinate is not fed by the spirit of Rav Kook, those who seek to validate it cannot reasonably appeal to him as justification for its continuing existence.

The Rediscovery of Rav Kook the Teacher

Rav Kook was first and foremost a teacher, and we are in a position to appreciate his teaching today in ways we could not several decades ago. We have been blessed with a wave of publications that have brought to light new teachings of Rav Kook, that had been kept in manuscript for over sixty years by trustees of his estate. These publications allow us to discover in deeper ways the greatness of vision, the extraordinary creativity and the intense spiritual life led by one of the greatest figures in Jewish history, a figure I would unhesitatingly describe as a Religious Genius.

Last year a volume titled Linevuchei Hador, To the Perplexed of the Generation, was published. This volume of early writings seeks to do what Maimonides did for his generation — to tackle the broader philosophical and theological challenges of the time. One of the great discoveries in reading this work is just how open Rav Kook was to other religions. His is a synthetic vision, that finds the good and validates all that it sees. Accordingly, even other religions are validated as significant, worthy of respect, even while upholding the ultimate superiority of Jewish teaching.

In an almost unique move, Rav Kook recognizes that all religions were founded by men of piety who had the Holy Spirit with them, thereby not only validating all religions in terms of social and moral reality but even recognizing the divine foundation of all religions. Things may have gone wrong as the religions met broader social realities, but they are all in some way divinely inspired. The discovery that Rav Kook is willing to think of Muhammad in these terms was a great surprise, as such a view has always been considered a minority view, echoed early in the middle ages, by R. Nethanel Al-Fayumi, but never a view articulated by a more recent mainstream author.

This is but one small example of the treasures that are revealed to us as new sources concerning Rav Kook come to our awareness. Eighty years after his death, we are in a much better position to appreciate the greatness of this teacher, the depth of his interior life and the breadth of message he carries for Israel and for humanity.

Rav Kook and the Study of “Religious Genius”

Rav Kook is one of several figures who will be studied in depth this week in Jerusalem at the Elijah Interfaith Summer Leadership Institute, devoted to the subject of “Religious Genius”. We will be looking at individuals from all religious traditions who meet the criteria for what we call “Religious Genius”. The religious geniuses are able to articulate a new spiritual vision for their day, based on contemporary challenges, such as did Rav Kook in the above-mentioned work. They are able to inspire to the highest ideals of their tradition. They offer a vision that is expansive, and that can be relevant for members of their community as well as for those outside their community. And they do so not simply as theologians or philosophers, but grounded in the depth of their spiritual self and its characteristics. One of those characteristics is love, an all-expansive love that cuts across all differences and divides.

What allowed Rav Kook to articulate a positive vision of other religions is precisely the genius vision, grounded in love, that sees beyond differences to the reality of God as it finds varying expressions. What we will be studying this week is how the vision of religious geniuses from all traditions manifests qualities such as the love and humility of these figures and how it can speak across religious differences.

Returning to the institutional legacy of Rav Kook and to the relevance of the Chief Rabbinate – If we go back to the personal reality of Rav Kook we are struck by his love. If we consider why so many are alienated from the Rabbinate today it is because they do not feel it serves a mission of love. As we ponder the significance of this spiritual giant for our times, we ought to consider both his teaching and his institutional legacy in light of the foundational spiritual reality that guided and informed all that he did. Central to that is his image as a master of love. Only in light of that love can Rav Kook be understood and only by seeking to continue the practice of that love will his legacy be maintained.