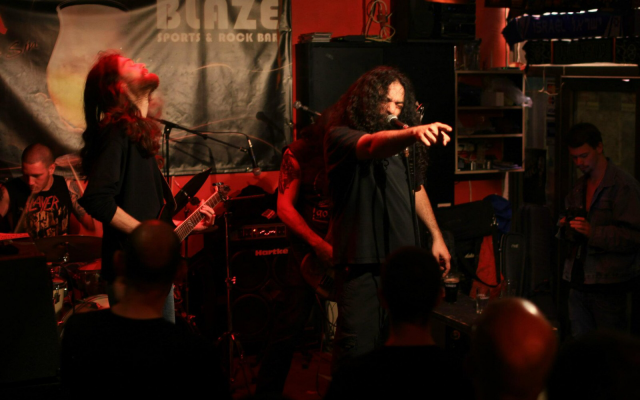 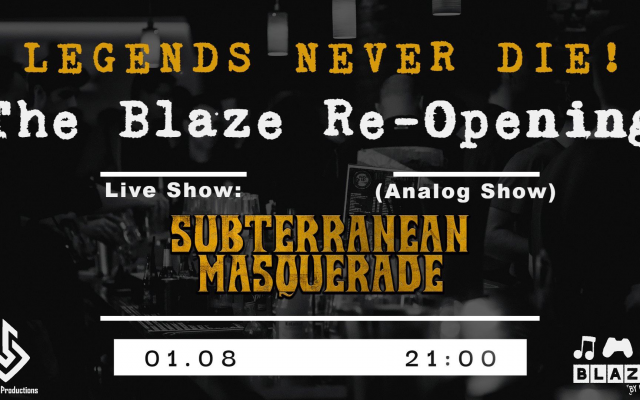 This has been a very hard year for Jerusalem’s cultural scene. We lost the Berman Jazz bar, The Poundak Project and we almost lost the Blaze Bar.

I don’t know much about the Berman considering I am not much of a Jazz lover I’m sad to say but Blaze was always my favorite “go to” place.  Just like the Poundak, it’s a place for community. Years ago I wrote an article in the Jerusalem Report about Blaze “Where Everybody Knows Your Name”. For those of you who watched “Cheers” in the States you know what I am speaking about. As I shared in my article I am not one to frequent bars and certainly not alone but Blaze was the one place I could stop by to see so many young people and musicians I know from all of my projects including my now closed “Sobar” to which Yehi Zaken the founder and owner of Blaze coined the name, and feel comfortable, welcomed and appreciated.  Re-reading my article which you can actually listen to online, I am reminded of so many wonderful things about Blaze and Yehi: https://www.jpost.com/israel-news/blaze-the-bar-where-everyone-knows-your-name-598696

Yehi is not one to ask for help, he is too busy giving it to others from warm welcomes, heart to heart talks and actually accompanying his staff and customers in need to government offices to work out their bureaucratic nightmares. He is way too modest to admit to the huge difference he and his bar have made in Jerusalem but does admit that there is not one band in Jerusalem that did not begin their performing career on his stage.

From the minute Yehi, the owner told me he had to close, this was the second time, I called him every day for updates. There had to be something we could do.  In 2019 when he threatened to close friends organized a crowdfunding campaign that raised 45,000 shekels from musicians and Blaze fans all over the country, some that hadn’t even been to Blaze in years.  That allowed Yehi to stay open until Corona hit and was topped with terrorist attacks, both scaring customers away.

Finally in May, shortly after the Poundak announced its closure Yehi announced his too in a fb post. I looked for the post that Yehi put on fb announcing his closure and fell upon a post by “Vidi” Davidavi Dolev the main singer and lyricist for the internationally known band Subterranean Masquerade. His post optimizes the thoughts and feelings of everyone who has encountered Yehi and Blaze.

“Hi everyone, as I’m sure you’ve read and heard, the pillar of the rock community in Jerusalem, The Blaze, is closing its doors due to financial difficulties. The Blaze, many of you know, was for many years a warm home and an island of sanity and joy for everyone who loved rock metal, guitars and Good Company. Yehi Zaken, the owner of the club, donated his time endlessly for local and budding musicians, gave a stage to the soul of the place, led the local scene including the annual Pastikasach festival and many other initiatives that will be mentioned and recounted.

Apart from his activities as a man of culture and a cultural preserver, Yehi is simply a good man, just like that and there are countless personal stories of all the things that Yehi took part in and helped. The man fought tooth and nail for all of us!

We can’t remain indifferent to the hole that will be left at the beginning of July due to the closure. This is the time to stand by the side of a person without whom our fringe culture here in Israel would have looked different.” Vidi

Answering the call Arnold Nesis, a music composer and game producer who created the musical score and developed the video game “Of Bird and Cage” through his now successful company Capricia together with his partner Ben Shmuelof contacted Yehi and convinced him to stay open. In the end they purchased the bar through their company and left Yehi to continue running the bar as it always was for almost 13 years.  Arnold and Ben both began their musical performing careers as teens on Yehi’s stage. In essence they were saving their second home.

I had no idea until I saw the following video that Vidi is the star character and singer in Capricia’s Metal Musical video game. How appropriate to be quoting him about Blaze.

On Monday August 1st at 9pm musicians and Blaze lovers throughout Israel are invited to Blaze Bar’s official opening featuring Vidi’s band Subterranean Masquerade. The gaming consoles, gaming Art and overall renovations will make Blaze Jerusalem’s first gaming and rock bar.  Come and meet Yehi, Arnold and Ben the new owners of Blaze and Vidi whose love and passion for Blaze and music is so apparent in the words he wrote written above.

Here is a link to the fb event.

About the Author
Tracey Shipley is a youth and family counselor specializing in addictions and family communication. She was born in the US and moved to Israel in 1984 to continue her studies in Art Therapy. She moved back to the US in 1989 and began working in a drug rehab for teens where she was trained while she worked as a primary counselor. She moved back to Israel in 1996 and continued her work in addictions at the Jerusalem Methadone Clinic for a total of 9 years. She initiated projects for the children of the addicts at the Methadone Clinic, Established a program for Ethiopian Teens educating them about their culture and opened the Jerusalem School of Rock program which helps to create teen rock bands and established monthly teen music events at downtown venues where teens perform for their friends in a teen friendly exciting atmosphere. https://www.facebook.com/jerusalemshoolofrock
Related Topics
Related Posts