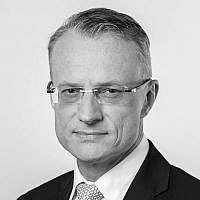 The Blogs
Marek Magierowski
Apply for a Blog
Please note that the posts on The Blogs are contributed by third parties. The opinions, facts and any media content in them are presented solely by the authors, and neither The Times of Israel nor its partners assume any responsibility for them. Please contact us in case of abuse. In case of abuse,
Report this post. 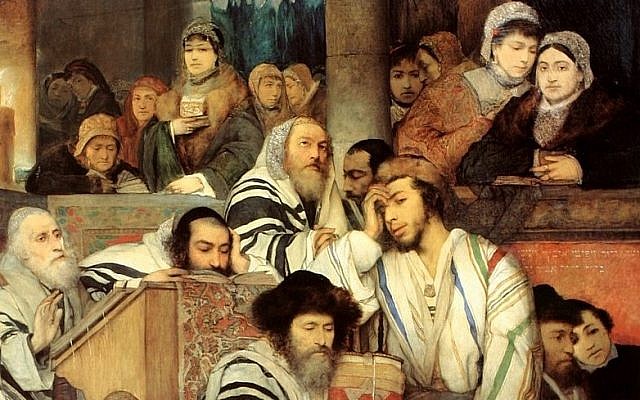 “The Pity of It All,” a book by the Israeli journalist and historian Amos Elon, is a fascinating account of the travails of German Jewry from the mid-18th century till World War II. The final chapters are particularly disturbing and sobering, especially those devoted to assimilated Jews, who had never believed they were in mortal danger in Nazi-ruled Germany. “Perhaps they will treat harshly the Jews from Eastern Europe, but certainly not us,” one of them says.

How could Germany betray them? Of course, German Jews, like their brethren in other European countries, never enjoyed equal rights, they faced discrimination, humiliation, and forced conversion. Thousands switched to Christianity voluntarily in order to enable or accelerate their professional careers, or just to live in peace. On the other hand, they were much better off than the aforementioned Jews living in the eastern part of the continent. When Heinrich Heine, the most prominent and celebrated German poet of Jewish descent (a convert to Christianity himself), traveled to Poland in 1821, he was literally disgusted by what he saw and experienced in remote shtetls. Boundless destitution and despair. The contrast could not be more striking between Berlin’s concert halls and impoverished villages east of the Vistula river.

“Perhaps they will treat harshly the Jews from Eastern Europe, but certainly not us.” Adolf Hitler did not make that distinction. For him, all Jews were the incarnation of evil. Regardless of their countries of origin, their wealth, level of religiosity, education or political affiliation. The ruthless tyrant sentenced them all to death.

Polish Jews were no exception. Again: no matter their social status. Scholars and bankers, writers and lawyers, doctors and architects, singers and rabbis. They became equal in the face of imminent death at the hands of the German oppressors and their collaborators. They became equal in the gas chambers of Auschwitz and other extermination camps. Like Jews from Germany, Hungary, France or Greece. A long history of the European Jewry, so tumultuous, but also so rich and enthralling came to an abrupt and dismal end.

During my two and half year tenure as ambassador of Poland I have been traveling a lot around Israel, meeting mostly young Jews, in secondary schools, colleges, universities, trying to shed some light on our shared past. The very first obstacle I came across was the pervasive perception of a majority of Israelis that our common history, the history of our two nations is invariably associated solely with those six dreadful years of World War II.

I invested plenty of effort and time to remind them that Jews had lived on Polish soil for more than nine hundred years. They always dreamed of their eternal homeland but found their temporary safe haven in our country. Many of them were poor but enjoyed religious freedom, they were allowed to set up their own businesses, they established networks of Jewish schools, theaters performing in Yiddish, they published books, dozens of newspapers. A flourishing landscape of Jewish culture. Heinrich Heine apparently didn’t see the whole picture.

Coexistence was not always easy, like in pre-war Germany, due to religious, social and even linguistic differences. Oftentimes my fellow countrymen did not behave humanely towards their Jewish neighbors. Nevertheless, for some reason, millions of Jews who fled other countries settled down in Poland. Over centuries, Polish monarchs granted them rights and privileges not seen anywhere else in Europe.

On the eve of World War II and just before Nazi Germany embarked on its genocidal endeavor, there were approximately 3.3 million Jews living in Poland. The largest such community on the continent. Nearly all of them were annihilated.

The Holocaust claimed about 6 million Jewish lives, roughly half of the victims were Polish citizens. That’s why when I meet with those young Israelis, I stubbornly emphasize the recurrent feeling that with the loss of the three million Polish citizens of Jewish origin during the war we, as a state and as a society, also lost an essential part of our own identity and historical legacy.

Jewish culture has always been a meaningful part of European civilization. Unfortunately over the last few years, it’s been again under growing strain, facing a new wave of anti-Semitism in a number of countries. Many Jews now live in fear, not only because of some preposterous conspiracy theories spread on the Internet, or online hatred they are confronted with on a daily basis, but also because a simple act of wearing a kippah in a public space has become, quite absurdly, a demonstration of civil courage.

If we don’t want to lose European Jews again, if we don’t want to lose part of our European culture and identity, we must speak out in one voice against all expressions of antisemitism. In France, in Germany, in Italy, in Sweden, in Poland. Everywhere. This should be our joint contribution to the noble task of perpetuating the memory of the Holocaust.

About the Author
Marek Magierowski is the Polish ambassador to Israel.
Related Topics
Related Posts
Comments