I would like to dedicate this blog to a remarkable Italian rescuer,  the courageous Dr. Emanuele Stablum, also known as Brother Luigi. He was born 126 years ago, on June 10, 1895, in Terzolas, a tiny Italian village located in the northern region of Trentino-Alto. 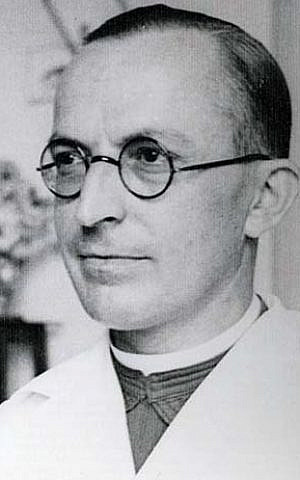 With a strong vocation to become a priest, he joined the Sons of the Immaculate Conception in 1913, but his superiors noted his passion for science and ordered him to give-up priesthood to pursue the study of medicine at the University of Naples. He graduated in 1930, becoming the first religious physician of his congregation and soon afterwards he commenced working for the Dermatological Institute (IDI) of the Immaculate Conception, where he made a significant contribution. He also co-founded the Italian Association of Catholic Physicians, established in 1945 and launched a scientific journal (Chronica Dermatologica) which later became the official and prestigious journal of the Italian Dermatology Association.

In 1943, during the Nazi occupation in Rome, he opened the doors of the Dermatological Institute, where he was already well established, literally saving the lives of a hundred of refugees fleeing the Germans, including 52 Jews.

In 2001, 51 years after his demise, he was officially recognized as Righteous among the Nations. Earlier this year, Pope Francis declared him Venerable, paving the  way to a possible canonization. 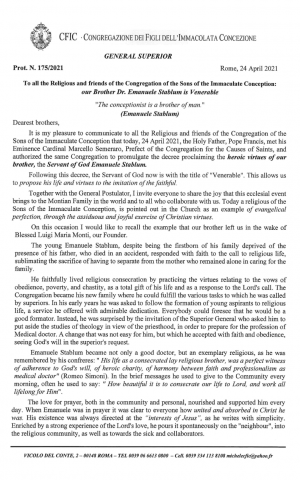 The legendary Chief Rabbi of Rome, Elio Toaff, had words of praise for Dr. Stablum, stating that “The gratitude of the Jewish community is endless….Dr. Stablum and his staff at the IDI went out of their way to save Jews, risking their own lives, never hesitating to stand-up against injustice and oppression. That is why Dr. Stablum’s name will be inscribed in the Wall of Honor to the Righteous among the Nations”.

On October 16, 1943, a day tragically known as the Black Sabbath, the Jews of Rome were rounded-up. Wth the help of some of his colleagues, Brother Emanuele hid several Jewish fugitives in the corridors of the IDI on Monti di Creta Street. In order to overcome the suspicions of the Nazis, he registered the refugees as patients with skin diseases and even applied all kind of ointments on their skin to make it more credible.

Amongst those Jews hidden at the IDI were members of the Di Nepi and Di Cave families. Sometime in 1944, an informer sent an anonymous letter to the hospital demanding a significant bribe for not denouncing the fact that the Institute was giving shelter to Jews. As a result, the Di Cave family left the hospital in search of a new shelter. A few days later, two of the Di Cave children were taken back to the priests and remained at the IDI until the very liberation of Rome on June 4, 1944. 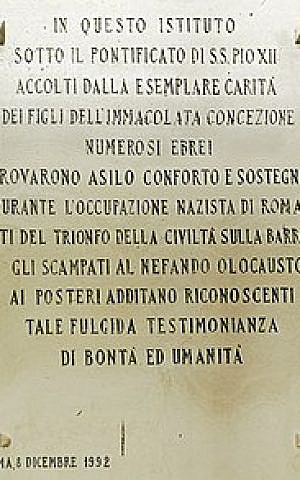 Other Jewish families who survived thanks to Brother Luigi were the Bonettis, Catelnuovos, Di Segres, Zarfatis, Treiners, Limentanis, Ravas, Schreiders, Della Setas, Pontecorvos, Caviglias and Calos and their names were inscribed in a commemorative plaque that was affixed in 1992 on one of the external walls of the Institute’s Chapel.

Dr. Stablum passed away on March 16, 1950, in Rome, at the early age of 55. He will be remembered as a prominent physician and as a remarkable human being. His legacy will live on forever.