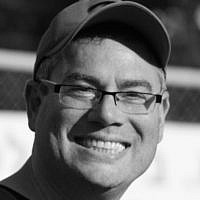 The Blogs
Isaac Gerstman
Apply for a Blog
Advertisement
Please note that the posts on The Blogs are contributed by third parties. The opinions, facts and any media content in them are presented solely by the authors, and neither The Times of Israel nor its partners assume any responsibility for them. Please contact us in case of abuse. In case of abuse,
Report this post.

President Obama has undoubtedly made his vaunted P5+1 talks with Iran a centrepiece of his putative foreign policy success amid considerable criticism for a dearth of tangible foreign policy achievements during his two terms as President.

President Obama was perhaps the first US President to fly to an Arab country so soon after his election and extend an open hand to the Arab world by giving his famous New Beginning speech in Cairo three months after reaching office. Little did he know that there would be many new beginnings in the Middle East, though most of them of them unfavourable.

Yet the Obama Administration also tried to bring positive change to a thorny issue plaguing much of the Middle East: Iran’s growing influence and the prospect of a nuclear-armed Iran. The P5+1 talks in Switzerland are aimed at limiting Iran’s ability to advance a military nuclear program while allowing for civilian nuclear development, which would mostly be accomplished by limiting the number of enrichment facilities and centrifuges, and ensuring compliance through inspection mechanisms. In return, the crippling sanctions against Iran would be removed and Iran would be allowed to return to the fold.

Israel and the Obama Administration have been at odds with each other for quite some time with obvious signs of open antipathy between their leaders, reaching a nadir over their polar stances on the Iranian nuclear program. Most recently, President Obama took a swipe at PM Netanyahu when deflecting Israeli criticism of the P5+1 talks by quoting US transcendentalist Ralph Waldo Emerson – “consistency is the hobgoblin of narrow minds”. Meaning: consistency for consistency’s sake is simply not a good idea.

Yet is Emerson’s approach really appropriate here? The full quote by Emerson reads: “A foolish consistency is the hobgoblin of little minds, adored by little statesmen and philosophers and divines. With consistency a great soul has simply nothing to do. He may as well concern himself with his shadow on the wall. Speak what you think now in hard words, and to-morrow speak what to-morrow thinks in hard words again, though it contradict every thing you said to-day. — ‘Ah, so you shall be sure to be misunderstood.’ — Is it so bad, then, to be misunderstood?” Perhaps not if you live in a cabin in New England, but here in the volatile and ever-dangerous Middle East, such a flippant approach is sure to create more problems than resolve.

This lack of consistency by the US Administration with respect to its foreign policy in the Middle East has put it at odds with most of the Sunni Arab world as well. Nearly all the GCC countries such as Saudi Arabia, the UAE, Qatar, Oman and Kuwait, as well as Egypt, have felt marginalised by the Obama Administration as it overreaches for what may be at best a tenuous and short-lived agreement with an old enemy while forsaking allies that have sided with the West, and the US in particular, since their inception.

What seems striking is President Obama’s myopia in failing to recognize what many Sunni states and Israel have accepted as self-evident: Iran’s nuclear ambitions are an extension of its expansionist foreign policy of establishing points of influence all throughout the Middle East, including Iraq, Syria, Lebanon and now Yemen on the Arabian Peninsula. All of these Arab countries have mixed Shi’ite and Sunni populations, and aside from Lebanon have one more thing in common: they are all – in the words of Prof. Uzi Rabi of the Moshe Dayan Center for Middle Eastern and African Studies – ‘failed states’ and as such, fertile grounds for Iranian intervention. When asked about Iranian influence, Prof. Rabi stated, “basically one should understand that they [Iran] have their own agenda and they are capitalizing on the naiveté of the West. They’re going to cooperate with you as long as their interest is being met.”

The GCC countries, Egypt and Israel warily watch as Iran’s appetite and reach grows across the region unabated and wonder what more a nuclear-armed Iran would be capable of accomplishing. It is also clear that a new arms race will emerge in the Middle East with perhaps Egypt and Saudi Arabia vying for nuclear hegemony as the next Arab leader. All this means that the Middle East will certainly get to see a New Beginning emerge – the rise of a New Persia.

About the Author
Originally from New Jersey, Isaac has lived for many years in the UK, Australia and Israel. He trained and worked as an Israeli lawyer but currently runs a legal translation business based in Tel Aviv. He holds a master's degree from King's College London and has spent a lifetime trying to better understand how history develops in this corner of the world.
Related Topics
Related Posts
Comments