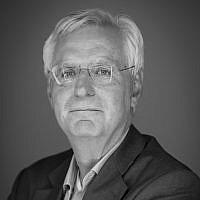 The Blogs
Gilles Barouch
Apply for a Blog
Advertisement
Please note that the posts on The Blogs are contributed by third parties. The opinions, facts and any media content in them are presented solely by the authors, and neither The Times of Israel nor its partners assume any responsibility for them. Please contact us in case of abuse. In case of abuse,
Report this post.

To understand Russia’s war in Ukraine without prejudging the root of it, we need to take a step back and look at the full picture.

Degraded relationship between Russia and the West:

On the eve of the latest Ukrainian crisis, the West (the United States – USA- and the  European Union – EU) legitimately blamed Russia for its violent suppression of the revolt in Chechnya in 1999-2000, the invasion of Georgia in 2008, and its annexation of Crimea, a Ukrainian territory, during the civil war which raged in that country in 2013. In addition to all of this, now Russia  is invading Ukraine, a sovereign country, with its procession of deaths, Ukrainian refugees, and destruction.

For its part, the West has set precedents by transgressing international laws on several occasions since the fall of the Soviet Union: the bombardment of Serbia in 1999 (which have left deep traces in Russia, in particular because of Slavic solidarity), the invasion of Iraq (2003), the military interventions, direct in Libya (2011) and indirect in Syria (2011) which led to Russian military intervention on the side of the Syrian government. Some of these Western  wars were against terror or humanitarian fights for freedom and democracy, but they have left countries devastated and nations divided.

In this already deteriorated context, the USA, and more specifically the EU played an unwitting role in triggering the previous Ukrainian crisis. As I wrote in my 2020 book dealing with the contemporary crises, and the 2013 Ukrainian crisis in particular, “the EU draft association treaty with Ukraine (2013) did not consider Ukraine’s history, marked by its inclusion in the Russian zone of influence, nor the Georgian precedent, where attempts to bring Georgia closer to NATO led to Russia’s entry into war, and to the secession of two Georgian regions. The EU treaty proposal was rejected by the Ukrainian president caught between Russia and the West, then sparked a revolt involving Ukrainian supporters of the EU agreement. After these supporters’ violent repression by the authorities, the EU supported the new government formed following the Ukrainian president’s dismissal (this dismissal was considered illegal by Russia). These events caused Russia to intervene, by providing military support to the treaty opponents (the Russian speaking minority in the Donbas region). A civil war, the breakup of Ukraine, and a permanent crisis in the heart of Europe were the end results of this association project.”

The first conclusion that can be drawn from all this is that the Ukrainian crisis should be understood in a broader context of a degraded relationship between Russia and the West which may constitute the real focus of this crisis. This degradation was caused by a series of serious Western miscalculations, which in the name of its humanitarian values, placed the West above international laws. On the other hand, the Russian regime has taken an increasingly authoritarian and violent turn, and, in recent years, has invaded sovereign countries.

Ukraine thus finds itself once again caught in-between the superpowers fight. The mistrust between the West and Russia may have played as a self-fulfilling prophecy culminating in the Ukrainian crisis.

The new Ukrainian crisis belongs to a lengthy list of international systemic crises:

What aggravates the Ukrainian international crisis is that it occurs right after eight international systemic crises that have not been fully resolved to date. A systemic crisis is a perturbation which produces chain effects that could endanger or destroy a system. For instance, what was intended by the EU as a support for the democratic aspirations of the Ukrainian people has produced chain effects leading to the current situation. Also, the financial crisis mismanagement triggered the economy,  and then the eurozone crisis. Well intentioned Western interventions in the Arab crises lead to migrant and security crises in Europe. Finally came the coronavirus crisis which led to social and economic crises.

Why did all these different crises occur in the last few years? A futurologist like Alvin Toffler or systemic researchers and practitioners like Gregory Bateson (anthropology), Edwards Deming (quality management), Michel Crozier (sociology of organizations), and myself in my last book (sociology of action, quality management) have shown, each one in his field, that a set of incorrect assumptions deeply rooted in Western culture, was at the origin of the crises they observed.

According to them, crises are caused by too schematic analysis grids, hastily transposed from the exact sciences to the realm of the living complex organizations. This schematic reasoning produces short term actions which treat the symptom not its causes and lead to geographic contagion or negative impacts on other systems.

Conversely, the systems approach considers that living systems are in equilibrium with their external environment and that any disturbance can have repercussions well beyond the point of impact.

Which solutions to the Ukrainian crisis ? From a mechanistic to a systemic paradigm:

“We cannot solve our problems with the same level of thinking that created them.” Albert Einstein

In this degraded bilateral context and fragile international environment, all these added to the consequences of Western new sanctions against Russia, the Ukrainian crisis may lead to a lose-lose result and further destabilize systems already deeply weakened. No one can predict what unstable systems can lead to.

In this context of exacerbated passions and defiance between the parties, an external mediation seems necessary. Israel, faced with the dilemma between ethical and democratic solidarity with Ukraine and its security interests, found a way out from above by having its role as mediator accepted by the parties. In doing so, Israel should not depart from its role as a neutral intermediary and should seek to obtain a ceasefire to prevent the present situation  from spiraling out of control.

In a second step, a paradigm change is required, and global and strategic responses will have to be found by the West  to this complex crisis.

About the Author
Professor Gilles Barouch is an HEC-Business School-Paris graduate and has a Ph.D. in Management Science from Université Paris Dauphine. He has a Post Doctorate diploma in Sociology of Action from the Paris ¨Political Science Institute. Professor Barouch teaches system analysis, quality management, sustainable development, complex change, negotiation, and conflict management. As a consultant, he has been an expert for governmental commissions to improve public policies efficiency as well as a mediator in environmental conflicts. His last book, published in France in 2020, analyzed the last international crises and notably the 2013 Ukrainian crisis. It proposed new orientations to prevent their emergence.
Related Topics
Related Posts
Comments