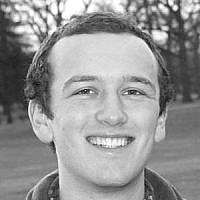 The Blogs
Jake Leahy
Apply for a Blog
Advertisement
Please note that the posts on The Blogs are contributed by third parties. The opinions, facts and any media content in them are presented solely by the authors, and neither The Times of Israel nor its partners assume any responsibility for them. Please contact us in case of abuse. In case of abuse,
Report this post.

The discussions that go on in regards to America’s relationship with Israel so often misses out on the real question and what needs to be examined. It is clear that a plurality of Americans believe that Israel has a right to exist and that this right must be recognized by the international community. Our moral support is not up for debate, rather, our monetary aid needs to be further addressed.

The absolute focus of political discussions about America’s relationship with Israel should rather be focused around our approach as a nation in deciding how the United States of America can best aid our only Middle Eastern ally, Israel.

As a nation, we dedicate over three billion dollars each year to Israel in direct military aid, which may be used in whatever way Israel chooses. However, there is a multitude of different appropriations which fund Israel at even larger amounts, including money that is directed for the vital Iron Dome, much of these appropriations are tied to certain programs that the United States continues to require Israel to fulfill. This takes options away from Israel and in many ways holds Israel hostage to the demands of America.

Israel’s economy is flourishing, having doubled in only eight years. From 2006 to 2014, the State of Israel’s Gross Domestic Product has increased from a mere 152 billion dollars, to 304 billion dollars. As the Israeli economy has doubled, the united States GDP has only increased by about 20%. We must recognize as advocates for Israel that their economy is booming and it has become a world class, complex system that can compete with any economy in the world. There absolutely was a time where United States foreign aid to Israel was vital to the survival and protection of Israel, but America’s investment has paid off in great sums.

To this day, American foreign aid accounts for approximately 1% of the Israeli economy. National defense is absolutely important and likewise, should Israel still require emergency military assistance it is in the best interest for all parties involved to protect our ally from the evil that surrounds them in the Middle East. Thus why funding programs such as the Iron Dome are still important, but most other programs would be most effective with Israel in control of their own military and economy.

The necessity of our moral support for Israel and the importance of maintaining a strong alliance is not under question. The way to strengthen our allies and to assure a self sustaining nation is not to endlessly fund programs and to create dependency.

Even Prime Minister Benjamin Netanyahu has acknowledged the ultimate goal to be Israeli independence. In a joint session to Congress in 1996, the newly elected Prime Minister proclaimed, “But I believe there can be no greater tribute to America’s long-standing economic aid to Israel than for us to be able to say: We are going to achieve economic independence.”

We need to make it clear to Israel and the international community that we will continue to be their advocate and we will continue to stand with them. With rising anti semitism, the BDS movement and so much more anti Israeli sentiment, it needs to be made clear to the international community that America will not tolerate any threats to Israel’s existence.

“Give a man fish, he will eat for a day. Teach a man to fish he will eat for a lifetime.” This age old saying holds to be very true for America’s relationship with the State of Israel. In order to further strengthen our relationship with Israel, we must take the next step. We have now led and guided Israel to self sufficiency and economic prosperity.

The reduction of foreign aid to Israel is an absolute testament to the State of Israel and her people. It is time to let Israel free of our hold and to finally allow complete independence.

About the Author
Jake Leahy is an elected member of the Bannockburn School District 106 Board of Education (IL). At just 18 years old, he is the youngest elected official in Illinois. He is also a small business owner and a student at the University of Illinois.
Related Topics
Related Posts
Comments