Remember the old adage: “nobody ever got fired for buying IBM”? That’s what it’s like in a news room choosing to use Associated Press (AP) news wire stories. It’s assumed to be safe: AP has checked their facts and their sources, they’ve balanced it correctly: it might not be exciting but it won’t get an editor fired if he runs it.

There’s something distinctly rotten with the media today. And it doesn’t matter which main stream media outlet you look to, the problem is deeper, structural and serious. This affects almost every sphere of journalism.

A couple of weeks ago Matti Friedman started to blow the lid on how the Associated Press operates in Israel. It’s not that what he wrote came as a surprise to some of us, it’s that a former, long time insider is cataloging exactly how that organisation works. I wrote about it as “A Media Earthquake Started” and it wasn’t long before the shaking woke Former AP Bureau Chief Steven Gutkin. He gave a rambling riposte which boiled down to the defence “as long as we angered each side equally, we surmised we were doing something right.” This has also been the BBC’s favourite “dog ate my homework” defence for many years too. And it’s nonsense.

To understand the import of Friedman’s exposé you have to understand how the news wires operate and how the news you see is made. The chain is like this: sources -> news wire -> news outlet. Sources are whomever or whatever the news wire trusts. From there the story goes into the news rooms of outlets (print, web, radio, TV etc.) around the world. Some are picked up, added to, edited and run and some stories are run completely unaltered. Google News will find hundreds or thousands of any AP wire piece unaltered spread across the web. 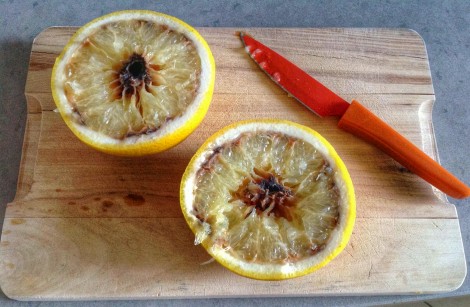 So what happens when the information is damaged at source as Friedman alleges with AP’s Israel and middle east coverage? Every one of the editors who uses their pieces will claim the safety of the trusted brand, AP. This is why corruption of news wires is the most dangerous part of the news system today.

Corruption of news wires is the most dangerous part of the news system today.

I’ve written about a few recent cases, all in The Times of Israel. The Times of Israel is collateral damage: they’re not the bad actor in this story. In fact it’s true to say I’m using their reprinting of damaged AP goods because they are trying to be better than outlets like the New York Times or the BBC which proudly display their own biases.

The economics of attempting to profitably run an online news site today mean they are forced to pay for and use news wires like AP to write the stories they don’t have the resources to write themselves. The best they can do, sometimes, is edit the stories or the headlines a little, perhaps provide a small extra fact or change obviously slanted language.

Immediately following the release of the second journalist beheading video by ISIS I asked why the executioner in the video of Sotloff was referred to as a “militant”. Quickly this AP wording was changed by The Times of Israel to terrorist. When Human Rights Watch (HRW) produced a press release slamming Israel for its treatment of migrants the AP ran it almost unedited with only the barest Israeli government response. Again this piece, was run almost unedited by The Times of Israel.

HRW crops up in the next, more serious recent case. Again it concerns what the AP considers newsworthy, timely and how they present the work of agenda driven sources. On September 12th the AP released a piece under the headline “Evidence growing that Hamas used residential areas”. Founder and blogger at Israellycool, Aussie Dave, pulled this tendentious story apart with ease. AP’s story is little more than a public relations stunt by Hamas, helped along with copious reliance on the widely discredited Human Rights Watch, one of AP’s favourite sources. HRW is a source so tainted its own founder loudly denounced its biases in a New York Times article in 2009.

Israellycool, among many, covered all the material in the article and a whole lot more at the time of the war in Gaza: we didn’t wait for evidence to grow, it was there all along. All this growing evidence was known by the editors at The Times of Israel: they had covered much of the detail (such as foreign reporters filming Hamas launching near them) in their live-blogging of the war. Despite this, and because of the global emphasis AP had given the piece, it was run in full by The Times of Israel under the specific bylines of the two AP authors. A search of Google for the first 32 words of the article gives almost 4000 hits: this piece had enormous global impact.

Examples of the disproportionate impact AP’s biases have are legion. Reuters, AFP and the others, fed by negative agenda sources, all concentrated around the same bars and coffee houses in Jerusalem are often similar.

This is the polluted pool which bears the rotten fruit we see on our breakfast tables and computer screens. Until fair minded outlets realise the safe news wire choice is no longer safe and start sourcing their own news, the malicious presentation of Israel will continue.