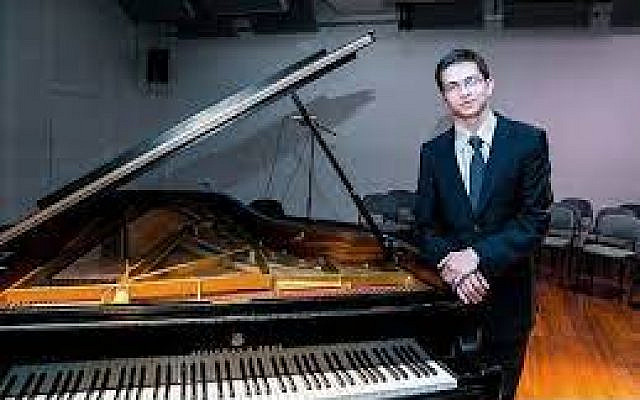 Photo of Ariel Lanyi from Wikimedia

Some 50 years ago the International Piano Master Competition honouring pianist Arthur Rubinstein was established in Israel. Every three years (four years in 2021 due to the Coronavirus pandemic), young pianists from all over the world compete in front of audiences in Israel  for the prizes awarded by an international jury in the framework of the competition.

Each competition enables young musicians to test their mettle against one another, as well as to thrill audiences with their talent and ability. This year, again because of the restrictions imposed as a result of Coronavirus, the competition was held in a ‘hybrid’ version, with the initial recitals being given in various countries and seen and heard all over the world by means of the internet.

The final stages were held in Israel, with each of the six finalists playing a piano concerto by Beethoven (the year the Competition was due to be held, 2020, was the tricentennial anniversary of Beethoven’s birth), before going on to perform a piano quintet and concluding with a piano concerto from one of the great Romantic composers.

I learned to play the piano in my youth, and although I did not get very far with my studies then, every few years since then I have tried to resume my efforts, with varying degrees of success. But I feel that this gives me a clearer idea of how much skill and dedication, not to mention sheer talent, is involved in reaching the levels of virtuosity and musicality displayed by the various participants.

This year there were thirty-two initial competitors, all of whom had attained a very high level of playing the piano. Ten of them were women, twenty-two men. All were between the ages of twenty and thirty, and came from all four corners of the globe, though the large proportion of competitors from the Far East was evident.

At this point I must admit to having a personal interest in the competition this year. It may sound a little far-fetched, but one of the competitors, Ariel Lanyi, lives next door to us (and we’re friendly with his parents), and the walls of our two salons abut one another. Hence, even though our houses are solidly built, we are well aware of his practicing routine, as Ariel is able to produce a powerful (and wonderful) sound from the beautiful Steinway Grand which dominates their living area.

Since we are delighted to have such a talented musician living next door to us, even though he spends much of the year in London and elsewhere, it is only natural that we favoured his candidacy for first prize. In addition, Ariel also writes a weekly blog about music, which I almost always share on Facebook. He writes very insightfully about a selected piece of music for the piano, which he then goes on to play. Although he is only twenty-three years old, his knowledge of music theory and his analytical ability far surpass his youth, and I always learn something from reading his thoughts.

And so at the final stages of the Competition I was listening with bated breath to each performance. I might add that Ariel’s performance of Beethoven’s Diabelli Variations at one of the early stages was a veritable tour de force, winning accolades from prominent musicians, among them Israeli pianist and composer, Gil Shohat. In the final stages, Ariel’s performance of Beethoven’s third piano concerto, which I heard over the radio, also marked a high point in the competition, seeming to bring Beethoven himself to life.

In the final stage of the competition, Ariel played Brahms’ second piano concerto with great aplomb and maturity, gaining resounding applause from the audience in Tel Aviv. In the final event, however, Ariel was not awarded one of the first three prizes, though he did gain a well-deserved prize for his performance of a work by an Israeli composer. I don’t envy the judges who must decide which of the very talented young pianists should be awarded a prize, and at every stage they were at pains to point out that they were all very talented. The three final winners, Juan Perez Floristan from Greece, Shiori Kuwahara from Japan and Cunmo Yin from China, were undoubtedly talented, but in my opinion no more so than any of the other three finalists.

For us music-lovers (the French have a word for it, melomane) the world of music moves on to the next concert, the next festival, or whatever the fates have in store for us. For Ariel Lanyi and the other competitors there is always another competition, another performance or another event to tackle. We wish them all the best of luck and the strength to continue bringing joy and harmony to our world.