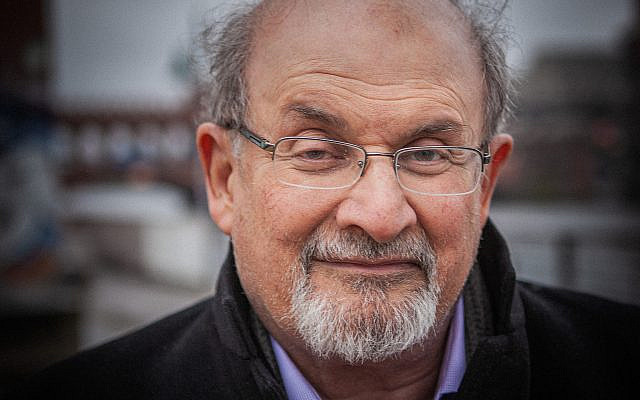 “The hand of God was vengeful and swift … the Believers have exacted their revenge on he, who committed blasphemy. The enemies of God will know today what price they must pay for defying Islam and its people.”

As Salman Rushdie fights for his life, his flesh permanently marked by a hatred which knows no bounds, clerics in Iran were quick to proclaim from their pulpits that vengeance is theirs, and that all shall eventually bow before their righteous wrath.

Although the authorities have yet to divulge Hadi Matar’s motivations for stabbing the renowned writer as he stood on stage at a conference at the Chautauqua Institution in western New York state, it is rather evident that the young man sought to act out the fatwa (Islamic ruling) now-deceased Ayatollah Ruhollah Khomeini issued on the back of Rushdie’s publication of the Satanic Verses.

In the land of the ayatollahs where any affront to Islam’s tenets is an act of apostasy against God, the very notion individuals could be capable of critical thinking or worse, intellectual independence, equates to a death sentence.

Today I fear the West suffers from a bad case of self-flagellation, obsessed with the notion that it ought to atone for its privileges, even at the cost of its national security; forever catering to Islamists’ narrative for fear that it may come across as intolerant or worse – bigoted against the former colonies.

Whether or not we care to read the proverbial writing on the wall – might it be for fear of being labelled intolerant or the deluded notion that western democracies are far too remote to be engulfed by Terror’s armies, the threat is real.

Not only is it real but it is here – radical Islamists have played western apathy and the laxity of its laws to their advantage. Be damned those who would argue against the violence and intolerance of their ideology!
Be silenced those who would stand in the defence of secularism and free speech!

When traditions and values are used as weapons against nations to render them as meek and week, there isn’t much left to say … What can one say?

We are told that Islam is not the problem, that its communities aspire to live peaceful lives and that only a minority few have misinterpreted the Scriptures. But what have western officials done to address radicalism when they can barely bring themselves to admit that the common denominator of radical Islam is Islamism – a century-old utopian political ideology that seeks to return to past glories by imposing medieval religious laws? Try nothing …

Actually it is much worse than nothing, western capitals have catered to Islamism’s ideologues hoping that normalisation will defuse the lunacy of their crusade and make them somewhat abandon their genocidal quest.

As a knife was driven again and again through Rushdie’s body, diplomats sat in Vienna debating the terms of the nuclear deal with the Islamic Republic – sitting across the very people who have called time and time again for the demise of our societies, for we are but apostates in their eyes.

If Salman Rushdie was attacked, and JK Rowling subsequently threatened, it is because the West has defaulted in its duties towards its democracies, its freedom, its people’s rights to live in the manner of their choosing without fear of holy reprisals.

But make no mistake, Matar’s knife was aimed at all of us! Radicals cannot stop, their ideology demands our blood. A man was condemned to death for writing a book! But let’s not talk about that I beg you as we may upset Islamists! Let’s not act out those privileges of ours lest we anger a few well-meaning apologists for we may have to admit that we got it wrong.

That we did! And may I dare say biblically so.

Allow me to make a point that will certainly unsettle a few. Such attacks as that suffered by Salman Rushdie – nevermind the how or the why, as his life was forfeited decades ago over mere words, is symptomatic of our collective cowardice.

We have grown accustomed to the rationale of Terror because we have been made to feel ashamed of our rebuttal of Terror on account of our identity.

Shall we wait for Terror’s armies or Terror’s rockets to invade our lands and our skies before we act? Oh wait, that happened already … but of course we chose to debate our lack of understanding for the hurt radicals must have endured to turn so brutal.

Radical Islamists are winning in the West… we have yet to build our defences.