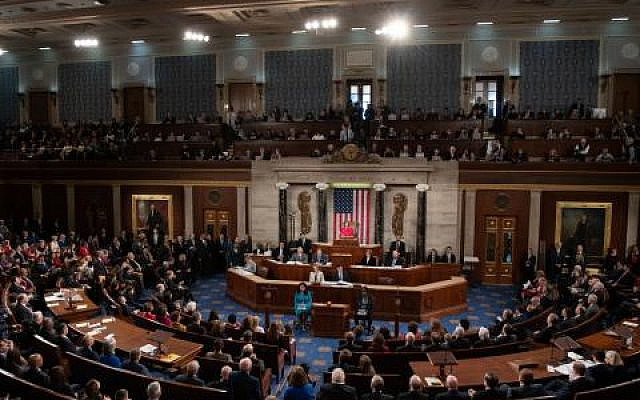 The 118th US Congress opens tomorrow. The House, already chaotic, has on its hands the mess of the member-elect from Long Island’s Third Congressional District. George Santos truly embodies Gilbert and Sullivan’s satirical verse, “Things are seldom what they seem. . . .” This masquerade, however, has serious consequences.

Mr. Santos admitted that he “embellished” his resume. The New York Times and other outlets, including this publication, uncovered that Santos lied about his education, his employment, his charity, his family background and his mother’s whereabouts on 9/11. His finances remain murky. He stayed silent on an open criminal investigation in Brazil and aroused suspicion on the source of his newly found wealth over the last two years. In the past few days, prosecutors questioned his campaign spending.

Finally, he boasted he was a proud American Jew, though he claimed that he, a Catholic, called himself Jew-ish (having Jewish values). Presumably, his falsehood had something to do with soliciting the Republican Jewish Coalition for support, which he received. The Coalition stated that Santos “deceived” them and declared him persona non grata.

A defiant Santos refused to step aside and said he will claim his office. Some states, such as California, allow for recall elections. All indications show that his constituents would vote Santos out if they could. That would create a speedy and straightforward resolution However, New York lacks that mechanism. Therefore, officials would need to rely on the disciplinary clauses of the US Constitution.

Some will prove legally impossible (exclusion from taking his seat) or politically unattainable (expulsion from Congress for lying so blatantly to voters or extradition to Brazil). The avenues that could work (criminal investigation and conviction) will take time and great effort.

Article I, section 5 of the US Constitution gives each “House” the authority to “Judge . . . qualifications of its own Members . . . and with the Concurrence of two thirds, expel a Member.” The former authorizes exclusion, the latter, expulsion. Congress can exclude by majority vote.

With Santos, talk emerged about excluding him. That cannot happen. The US Supreme Court ruled in Powell v. McCormack, 395 US 486 (1968) that exclusion can occur only if the elected representative fails to meet the age, citizenship and other requirements explicit in the Constitution. Congress had excluded Adam Clayton Powell, Jr., a flamboyant and controversial committee chairman from Harlem for misappropriating public funds and being in contempt of court for refusing to pay a libel judgment. The Court held that misappropriating funds and contempt of court (unlike insurrection and prior impeachment) do not appear in the Constitution as bars to holding office. Neither does lying. Because Powell met the age, citizenship and residence requirements, the House had to seat him. So far, it appears that Santos meets these qualifications.

That leaves expulsion. Off the bat. Republican leaders, who need Santos to hold on to power, would not willingly supply the necessary votes, just on account of his lying. Similarly, we can wave away the remote possibility that Brazil, which has an ongoing criminal case against Santos, asks the US to deport him. Brazil, unwilling to offend Republicans, or meddle in US politics, would almost certainly not ask. Besides, the new president in Brasilia has more of an interest in the US deporting former President Bolsinaro from Florida for prosecution.

Should Santos’s misdeeds result in criminal conviction, things would look different. The US House’s official history describes mixed legal opinions on expulsion for pre-election conduct (though two possible qualifications apply – that the conduct related to the election or the voters had no knowledge). However, conviction for serious crimes,such as bribery, or flagrant abuse of office have formed the basis for the two expulsions in recent decades. https://history.house.gov/Institution/Origins-Development/Discipline/

The quickest route involves fraud in soliciting support (“a thing of value”) from the Republican Jewish Coalition. Though the Coalition does not restrict activities to Jewish candidates, the organization said that Santos “deceived” them. One can conclude that the deception played a material role in Santos obtaining support. However, the Coalition may not press charges or cooperate voluntarily with any investigation. The organization did not demand Santos’s resignation. It declared him unwelcome at future functions.

That leaves the more complex untangling of finances. Press reports indicate that Mr. Santos claimed in 2020 an income of $55,000 per year. Yet in the last election, he donated $700,000 to his own campaign. Where did the money come from? The company Santos claims he worked for did not disclose clients and reporters found it hard to trace the paperwork. In addition, in the past few days, reports surfaced of a lavish campaign travel and entertainment budget. Also, suspicions arose around rental of a house which may have violated the law.

As we know from Enron and the recent cryptocurrency collapse, these inquiries take a long time. Unless Mr. Santos succumbs to pressure and resigns, or his colleagues expel him based on current information, he will sit in Congress under a cloud.