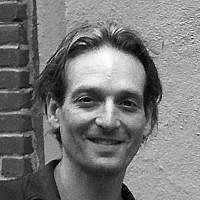 The Blogs
Robert Sauer
Confident in the ignorance of experts
Apply for a Blog
Please note that the posts on The Blogs are contributed by third parties. The opinions, facts and any media content in them are presented solely by the authors, and neither The Times of Israel nor its partners assume any responsibility for them. Please contact us in case of abuse. In case of abuse,
Report this post.

Beginning in late January 2020, scientific expert committees in numerous democratic countries throughout the world essentially took over government without ever having fired a shot. These expert committees, exemplified by SAGE in the United Kingdom and its Israeli equivalent, have gained enormous powers that have enabled them to unilaterally determine the public policy response to the Covid-19 pandemic. Unfortunately, our elected representatives have been cornered into accepting scientifically unproven and draconian non-pharmaceutical interventions insisted upon by these experts. This has had the effect of transforming countries that once deeply respected individual responsibility, liberty, and fundamental human rights into something closely resembling public health police states.

This unprecedented situation of government capture by scientific experts, aided and abetted by an irresponsible mass media which profits from sowing widespread fear and panic, should not be surprising for at least two reasons. First, elected leaders have little leeway for overruling their experts, no matter how unproven and authoritarian the recommended interventions may be. Politicians that question expert advice are likely to be crucified by the mass media for hubris and inaction, that is, for not following the “science”. Second, when things eventually do go spectacularly wrong after implementing faulty expert advice, the blame can be placed on the scientific experts for the inevitable economic and public health travesty that results.

The chaotic implementation of unethical social experiments that we are witnessing throughout the world for the past ten months, soon to be widely referenced as textbook examples of failed public health interventions, does not at all imply that we should completely dispense with expert advice in government decision-making. The folly lies in the nomination of a single national expert panel, which is naturally susceptible to monolithic groupthink, and which gains nearly free rein in determining public policy during a pandemic.

What we urgently need to do, in order to extricate ourselves from the tyranny of expert failure, is quite straightforward and easily to implement. We need to simulate a market for expert advice. Competing panels of experts, with a potentially different constitution of expertise in each panel, would put real decision-making power back in the hands of elected leadership and afford them a wider range of policy options without ever being accused of ignoring the “science”. They would still be following scientific advice. This approach would also allow for more accountability and transparency were the public allowed to review the various recommendations from the competing expert panels.

By simulating a market for expert advice, we can discover a much better way forward for pandemic policy, and government decision-making in general. This strategy applies the profound insights in a prescient book entitled “Expert Failure” by Professor Roger Koppl of Syracuse University (Cambridge University Press, 2018). In his book, Professor Koppl points out that expert failure is not necessarily about elitist academics, myopic public health officials and authoritarian politicians who mistakenly view society as a cage of mice that can be successfully manipulated in a controlled laboratory experiment.

Rather, expert failure has its source in the spontaneous phenomenon of specialisation and the division of knowledge. That is, each expert naturally develops a well-defined specialty which renders him or her a virtual silo of expertise. When politicians or civil servants nominate a single national panel of experts, which silos of expertise are most appropriate for the panel? Should the panel consist only of medical doctors and epidemiologists? Should economists be added? What about sociologists and psychologists? It is easy to see that already at this preliminary stage of panel formation, expert failure is virtually assured. Nominating a set of panels instead, which can potentially have a different set of silos in each panel, in a type of competitive bidding process, is a very important conceptual advance for reforming government decision-making.

An additional source of expert failure that plagues the current system is the uniformity of opinion we often find within each area of expertise. Groupthink tends to arise because vigorous disagreement amongst experts in the same field raises doubts about the expertise itself. Thus, there is an incentive within each profession to enforce conventional thinking. The result is a smaller range of proposed ideas and much less creativity. Several expert panels advising government, where the inclusion of “heterodox” or non-conventional-thinking experts in a particular panel is explicitly given value in the nomination process, could go a long way in defeating the pernicious effects of groupthink and expert failure.

It should be clearly understood by our elected leaders, especially by a highly economically-literate Prime Minister such as Benjamin Netanyahu, that the fundamental reason for the lack of expertise in properly dealing with this pandemic is an expert committee that is fully protected from competition. This expert committee is a monopoly supplier of scientific advice. This is a very dangerous state of affairs with predictably bad outcomes because we already know that monopoly leads to more costly and lower quality products compared to a market with competition. This basic law of economic and social life is fully applicable to the market for expert opinion in the dire context of the COVID-19 pandemic.

It is not too late for the dysfunctional Israeli government to assert real leadership and terminate the tyranny of their public health experts. Diversity of opinion is the true light at the end of the tunnel, and the exit strategy with the greatest chance of success. Competition in expert advice is our best hope for not only ending the current pandemic, but also for sanely dealing with future pandemics which now seem almost certain to once again arise.

Note: This article grows out of my joint work with Donald S. Siegel, Foundation Professor of Public Policy and Management, and Director, School of Public Affairs, Arizona State University.