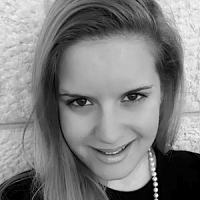 The Blogs
Reena Bracha Platt
Apply for a Blog
Please note that the posts on The Blogs are contributed by third parties. The opinions, facts and any media content in them are presented solely by the authors, and neither The Times of Israel nor its partners assume any responsibility for them. Please contact us in case of abuse. In case of abuse,
Report this post.

When I was younger I was obsessed with studying the Holocaust.

I only read Holocaust books, I watched all the movies and documentaries, forced my eyes to memorize the pictures. I was able to tell you the name of the first poison that was used, the amounts of people killed from each major camp, liberation dates and how many people survived. Book after book, story after story, unspeakable realities.

Until one day, I remember reading a book about a family in hiding who found a dog and ate it to survive. I felt bad for the dog. I cried over the dog…not over the people. I knew I had become desensitized, I could no longer separate each story, I could no longer see each individual, only a mass of tragedy that became second nature. I could no longer absorb the horrors of the Holocaust, or I knew it would absorb me. So I stopped. No more books, no more studying, I had enough.

I stopped. We have the privilege of stopping, of pushing away that which feels too painful to hold.

It wasn’t until many years after stopping did I realize that I had been doing it in the hopes of understanding. I desperately searched the facts, I tried to frame the whole picture, because I couldn’t ignore the burning sensation of the “why”.

When you want to know how to play an instrument, you study it. How to hold it, how to make sounds come out, how to arrange those sounds into music, how to compose that music into song. The more you study it, the more engrossed you become in its existence, the more you understand and connect to it.

This is a study to which there can be no understanding. The more I learned, the deeper I was pulled into its darkness. Until it was all so dark that it all looked the same, and I could no longer see the sparks of light and hope that made it up and out.

Today is Yom Hashoah. Today I am not allowed to let go. Today I live in the city of Jerusalem, in the land of Israel.

Today I live the reality of the after.

Today, I stand at the sound of a deep, primal scream, echoing across the forest and hills and oceans and borders that contain this tiny strip of the center of the universe. This siren, this scream that forces a story, whether you want to hear it or not.

The story of a mother whose baby was torn from her arms, straight off of a train that they were lucky enough to survive, only to perish in a field of ashes. The story of a man, and the moment he realizes that this is not a shower, and this is not just a dream. The story of a child, alone and hungry and unable to go on. The story of a young soldier on the winning side, picturing himself riding in on a stallion to rescue the innocent victims of the war. Only to arrive into the depths of hell, to discover that humanity did not exist in such a place.

These screams will not be ignored. They join a chorus of pain, a violin concerto of suffering, and they penetrate the clear unassuming air, the blue skies, the chirping birds, the hearts who cannot understand. It wraps itself around these hearts, this scream, and it reminds them that they are beating.

For two minutes we absorb it. It terrorizes our insides, burns memory into our blood, fuses into our bones. And then the traffic starts up again, the birds chirp and the breeze dances deliciously and we move on with our lives. Because we are privileged enough, because we have to, because they would want us to. Though I will never understand, I will carry this scream within me, I will not stifle it, I cannot let it go silent.

Today we are the future.

Tomorrow we cannot forget the past. 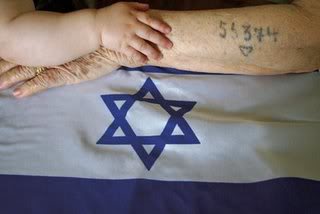 About the Author
Born and raised in sunny California, Reena Bracha traded in her beach attire for the slightly more modest approach of orthodox Judaism. Her first love is Israel and her second, her ukulele. She recently made Aliyah and currently lives in Jerusalem.
Related Topics
Related Posts
Comments