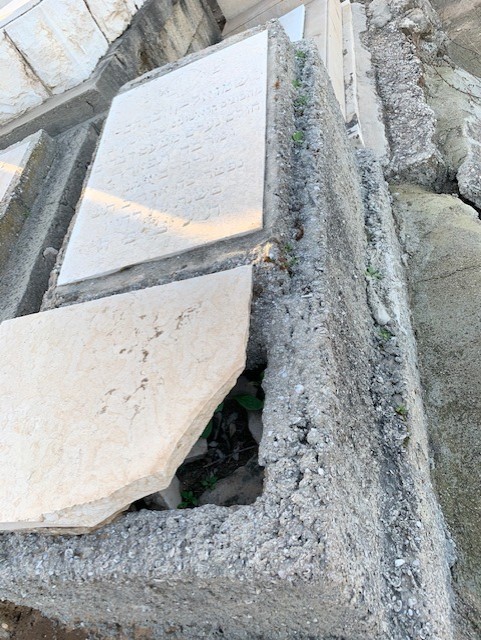 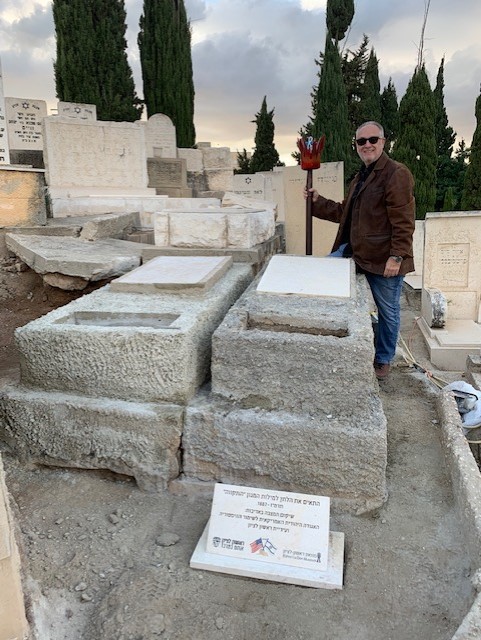 Shmuel Cohen died in 1940.  He was the musical Composer of the National Anthem of the Jewish People, the Hatikvah.  Cynics say he was merely the adapter of a Romanian folk song.

It is almost 130 years since Cohen’s music came forward. The Hatikvah is the globally recognized and beloved music of the National Anthem of Modern Israel.

Cohen was buried, very modestly, in Rishon LeZion’s Old Cemetery.  He was not a wealthy man. In 1940, Cohen was not even a famous man.

It was not until near his death that Cohen penned his autobiography. He titled it Stempenu, after the famous Klezmer violinist Shalom Aleichem created in his book by the same name. Cohen acknowledged the truth. He recognized what he thought was a minor composition had, in fact, pierced the soul of Jewry everywhere.

Cohen’s musical contribution was the catalyst of transmission. The music carried the words of the Hatikvah around the world and further…

Without Cohen’s arrangement, the nine stanzas of the overly long original poem would have remained just another very good poem of two millennia of Jewish yearning.

When he died in 1940, he was not lauded by world Jewry for his outsized contribution to Jewish history, culture, and meaning. He was barely remembered.

As European Jewry marched into the night of near extermination, almost bereft of hope, his name was unknown.  What was remembered was the sound of Hatikvah.

Few of the marchers knew all the words to the Hatikvah. Fewer knew what they meant.  They all knew Cohen’s music.  Some sang the Hatikvah to the very doors of the crematoriums. Today, Cohen is still wrongly relegated as a minor adjunct, a footnote, to the story of the Hatikvah.

The words to the Hatikvah were written by Naphtali Imber in the late 1880s. Imber titled his poem, Tikvahtenu, Our Hope.  He would recite it to the early pioneers of Rishon LeZion and surrounding villages.

The words gave their idealistic sacrifices a poetic heroic dimension.

A long poem recited does not sing. It does not live easily shared from person to person. A melody, a song, music does.

Cohen heard Imber’s words. Music from Cohen’s former home in Romania collated in his mind.  He married the music to Imber’s words. The Hatikvah and Cohen’s music lived easily together, a spiritual journey of the Jewish soul shared by all who heard it. The music became synonymous with the words. The music and words became one.

The Hatikvah was chosen as the organizational anthem of the First Zionist Congress in 1897.   As early as 1919, the British began banning the Hatikvah from public performances and broadcast because of Arab sensitivities.  The Hatikvah spread globally like wildfire, becoming accepted as the quasi Jewish National Anthem.

1933, the Hatikvah was officially adopted at the 18th World Zionist Congress as the Zionist National Anthem. The same Congress adopted the Blue and White flag with the Star of David as the flag of the Jewish people.

Perhaps the most heart-rending and stirring recording of the Hatikvah took place in April 1945.  A group of women survivors of Bergen Belsen gathered. They were emotionally recorded singing, with every ounce of the strength left in their almost broken bodies, the Hatikvah.  Most knew a few opening lines of the lyrics that dropped away into humming the melody. They did not know the words. They all knew, loved, and drew from their hearts, Cohen’s music.

1947, the famed American Holocaust, Survivor Rescue ship, the S.S. Exodus, had been attacked by British Mandate Naval forces in international waters. She limped into Haifa Harbor.  Her wrecked decks were crowded with yearning survivors singing loudly.  From the shore, onlookers could easily hear the Hatikvah.

2004 the Knesset of Israel officially adopted the Hatikvah, Imber’s modified poem together with Cohen’s original music as the official National Anthem of Israel.

Naphtali Imber died in New York in 1909.  He was a penniless alcoholic.  His funeral cortege was followed by 25,000 mourners.  In 1953, Imber’s remains were disinterred and reburied in Jerusalem’s Har Ha’Menuchot.

Cohen was buried quietly.  No large cortege followed his bier.

Today, Imber’s words, for most of the Diaspora, cannot be recited beyond a line of two. The meaning of the words to the non-Hebrew speaking world is incomprehensible. If Imber’s words are recited without Cohen’s music, at best, the response is muted.

However, if Cohen’s music is heard, ears perk up, the heart of every Jew feels a ping.

January 2020, the Jewish American Society for Historic Preservation asked, where was Cohen buried?  Was he buried with respect and dignity?  Was his resting place a place of honor, as are the gravesites of the composers of Israel’s Arab neighbors?

After much searching, Cohen’s obscure gravesite was found in the Old Rishon LeZion cemetery.

What we found was unexpected.

Cohen’s grave and that of his wife Mina buried next to him, have been permitted to disgustingly, shamefully, disintegrate into uncaring ugliness. The graves were in imminent danger of complete collapse.

If Israel did not care to remember, to honor, to preserve with respect and kavod the resting place of the Composer of the Hatikvah, Diaspora did.

JASHP resolved to repair the Cohens’ graves. JASHP has had extensive experience working in Israel doing projects of forgotten honor, remembering the past to shape the future and rebuild our historic kesher.  We know better, from unpleasant experience, not to ask for money.  JASHP agreed to fund the Cohen restoration.

After nearly nine months of frustrating effort, delays, starts and stops, negotiations, and more, the resting place of Shmuel Cohen and his wife Mina were permitted to be restored only to what they looked like historically.

November 3, 2020, the restoration was completed.  It is a very small project as projects go.  Administrative assistance from Rishon helped push the effort. The cost was not the overriding consideration for JASHP, though the cost mushroomed by 400+% over the original estimate.

The cost of not restoring Cohen with dignity, honor, and kavod for Israel and Galut is much higher.

Cohen died 80 years ago and was almost forgotten. Cohen must not die a second time.

To visit Cohen’s gravesite, to place a small stone of memory and respect for him and for the Israel we all love, Rishon LeZion’s Old Cemetery address is Al Kanfei Nesharim 8, Rishon LeZion.  Proceed through the military cemetery.  The Old Cemetery is on the right.

Someday, if Israel wishes to properly honor two of its founding pillars, Cohen and Imber should rest on Mt. Herzl in the plot for Zionist leaders.