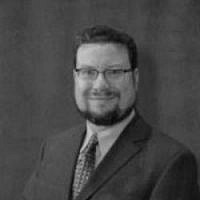 The Blogs
Michael Bernstein
Apply for a Blog
Please note that the posts on The Blogs are contributed by third parties. The opinions, facts and any media content in them are presented solely by the authors, and neither The Times of Israel nor its partners assume any responsibility for them. Please contact us in case of abuse. In case of abuse,
Report this post.

We find ourselves in a narrow place – in the world as well as on our sacred calendar.

This week, as war continues to burn in Gaza, we enter into the heart of the darkest period on the Jewish calendar.  The nine days culminating in Tisha B’Av, a sundown to sundown fast marking the day the Holy Temple was destroyed, the city of Jerusalem was laid waste, Jewish sovereignty over Israel was broken and the Jewish people was thrust into exile that politically may have ended with the establishment of the State in 1948 but stretches on in the most profound ways.  We fast on Tisha B’ Av and read the Lamentations of Jeremiah, beginning “How, Alas, the city [Jerusalem] stands alone…”

At the same time we face this darkness, we turn in the Torah to the last of the five books, Deuteronomy, which sets the stage for Moses to give a series of farewell speeches to the Children of Israel that seem to focus chiefly on what went wrong and “How, alas!” the people insist on “in-fighting and strife.”  If this combination doesn’t provide enough to lament, the prophet Isaiah is enlisted for the Haftarah to wail “How, alas, the faithful city [Jerusalem] has become like a harlot!” as the people have forsaken justice for violence and righteousness for murder.

Seeing these sources together one might get the sense that Judaism turns on making heartfelt speeches about what went wrong, why it went wrong and who is to blame.  Unfortunately that would make Judaism fit pretty neatly into our bigger society which is also pretty obsessed with these three questions.

However, to see why these laments do not tell the whole story we have to unlock a secret hidden in the word that echoes through them. “How, Alas”, in Hebrew  אֵיכָה Eicha is written with the same letters as the word אַיֶּכָּה Ayeka, “Where are you?”  These are the words with which G*d challenged Adam in the Garden of Eden after he ate the forbidden fruit and would become the very first person to blame someone else for his own actions.

What’s beautiful about the Hebrew word  eicha is that it captures the very human tension between the need to lament, to express our frustration, indignation or sorrow but also contains in it the key to moving through our lamentations. The call to responsibility and that doesn’t dwell on “Where were you?” or “Where will you be?” but begins with this very moment… Ayeka.  Where are you.

What are you doing despite the injustices that may have been heaped upon you? What prayers are you saying despite the brokenness that may surround you?  How are you reaching out despite feeling alone?  How are you lighting a candle precisely when the darkness seems overwhelming?
Although Tisha B’Av is the day for mourning, for lamenting, for eicha, it points toward the way out of the narrow straits.  Whether days are darkened by ancient memories, facing tragic events, or grappling with personal experiences, the key is moving from the cry of eicha to the call of ayeka.