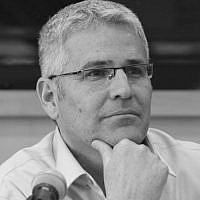 The Blogs
Gur Alroey
Apply for a Blog
Advertisement
Please note that the posts on The Blogs are contributed by third parties. The opinions, facts and any media content in them are presented solely by the authors, and neither The Times of Israel nor its partners assume any responsibility for them. Please contact us in case of abuse. In case of abuse,
Report this post. 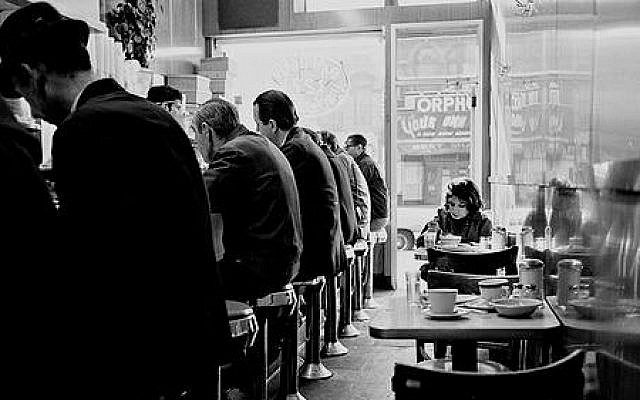 Illustrative: An archival photo of diners at B&H Dairy restaurant on Manhattan's Lower East Side. (Courtesy)

At the end of the 19th century and the beginning of the 20th, almost 3 million Eastern European Jews immigrated to the United States. Most of today’s American Jews are descended from them. They came, in dire poverty, from Russia, Galicia, and Eastern Europe. About 85% of them settled in New York’s Lower East Side, turning it into the area of highest population density in the world.

In the nature of things, terrible poverty generates crime. While immigrant parents struggled to make a living, their children ran wild in the streets, directionless and without any form of schooling. Many simply turned to crime. Juvenile delinquents became criminal adults. For example, Jews ran New York’s sex industry in those years.

In 1908, New York’s police department released a report to the newspapers claiming that every second person engaged in criminal activity in the area was Jewish. This horrified the Jews, who protested that the report was anti-Semitic, then set up house-to-house inspections to ascertain what was wrong in the community.

In 1909, New York’s Jews established a self-aid organization named Kehila. It was divided into departments dealing with health and education, and even crime. For example, they hired a detective to locate Jewish criminals in New York and hand them over to the police.

Later on, it became clear that the police report’s conclusion was false. From my own survey research I concluded that one in five of New York’s criminals was Jewish — still a very high proportion.

The unique thing about this situation was that Jewish crime stopped with the first American-born generation — the generation after them was entirely crime-free! A strange phenomenon. In areas of high crime, usually entire criminal families arise, the children continuing in the ways of the parents. But crime was entirely cut out of the Jewish community. The reason for this was the activities of Kehila, especially those of one man — Dr. Yehuda Leib Magnes, who afterward immigrated to what was then Palestine and became the first Chancellor of the Hebrew University in Jerusalem. There’s no doubt that Kehila’s aid to the lower East Side’s impoverished Jews helped the second American-born generation to climb up out of crime.

How did that happen? How did Jewish immigrants succeed in eliminating crime from the community and take a thriving, honorable place in American society? It’s clearly a question of culture. The Italian immigrants who arrived at the same time as the Jews saved every dollar to buy property in New Jersey. The Jews saved their money to pay for their children’s education. The grandchildren of Jewish immigrants succeeded in freeing themselves from crime, as opposed to other ethnic streams. Education is a priority in Jewish culture and is clearly the secret to success!

At the beginning of the 20th century, someone asked Albert Einstein how it was that German Jews, who constituted less than 1 percent of the population, held positions in a quarter of the country’s prominent professions. Einstein answered, “We studied for our college entrance exams for a thousand years!” And it’s true. When Jews were given equal opportunities, they advanced in every field.

Prof. Alroey’s talk at the Panim Conference, May 30th Beit HaTfutsot, explores American social models that established a base for success there, and afterward in Israel.