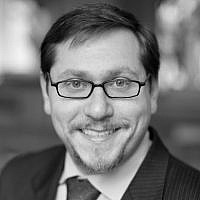 Earlier this week, the entire Senate sent a letter to law enforcement officials in the Trump administration asking them to take “swift action” as a series of threats and a wave of vandalism continue to rock the American Jewish community.  The move was a rare display of bipartisanship and an appropriate response as many American Jews confront the most serious increase in anti-Semitism in recent memory.

It is also, though, something else: a powerful reminder of the privilege that American Jews today enjoy. That the entire Senate would so quickly endorse such a letter signals a remarkable moment in Jewish history; less than 100 years ago, our American political institutions created laws that blocked the entrance of Jewish immigrants and refugees. In the intervening century, American Jews have managed to transcend much of the hatred and bigotry that marked our arrival and become one of the most successful immigrant communities in our country.

But we know we are not the only minority community suffering from hateful attacks and discrimination. People of color, women, Latinos, the LGBTQ community and so many others face discrimination that mirrors our own American Jewish experiences.  Particularly troubling is the increase in violence directed against American Muslims.  According to the FBI, there were 257 incidents of hate crimes against Muslims in 2015 and according to the Southern Poverty Law Center, there was a 197 percent increase in the number of anti-Muslim hate groups in the U.S. last year. In addition, Sikhs and Hindus have also been targeted and killed by individuals mistaking them for Muslims or people of Middle Eastern descent. Last month’s shooting of two Indian-Americans in Kansas City—targeted, apparently, because their assailant believed they were Iranian.

As Rabbi Danya Ruttenberg has written, Jewish privilege is complex: many of the trappings of privilege—the ability to have political influence or to have a voice in the halls of power—are also tropes historically used to justify anti-Semitism.  Given the dangerous ways these stereotypes have been deployed, it is not surprising that Jews are, at times, uncomfortable with exercising political power.  And yet, here we. Our ability to influence obligates us to amplify the voices of our neighbors. If I am only for myself, the Jewish tradition asks, who am I?

This weekend Jews around the world will gather together to celebrate Purim, a holiday that recalls the struggles of a Diaspora Jewish community under threat from the Persian Empire. The Jews are saved only when Queen Esther, a Jew who has attained a position of influence in the Persian court, agrees to take a risk on behalf of her people. She is spurred to action by the words of her uncle, Mordechai: “If you remain silent at this time,” he says, “relief and deliverance for the Jews will arise from another place… who knows but that you have come to your royal position for such a time as this?”

“I will go to the king,” Esther replies, “even though it is against the law. And if I perish, I perish.”  Esther’s willingness to risk her political capital and act with moral courage is a model for our community: even though it may be uncomfortable, ultimately there comes a time to speak out.

True, American Jews have already begun to step up. When a mosque in Tampa was the target of arson,the Muslim community found among the contributions that followed many checks made out for multiples of eighteen dollars—a number symbolizing life in the Jewish tradition. In Victoria, Texas, the Jewish community literally handed over the keys to their synagogue when the city’s mosque was burned to the ground. Where I live, in Walnut Creek, California, the interfaith community has responded to recent violence by standing in solidarity with the Muslim community during Friday prayer.  But given the level of violence, bigotry, and discrimination we are witnessing today against marginalized communities, even these commendable efforts are not enough.

As American Jews, we can say we’ve been there before.

No doubt, the Senate’s unanimous support of our communities is welcomed and appreciated. But just as our elected officials have rallied behind us, it is imperative that they rally behind others. For our part, we must call on them to respond with similar energy whenever a community is threatened or at risk; this is our responsibility both as Americans and as Jews.

About the Author
Rabbi Daniel Stein is a creative spiritual leader who is committed to building dynamic, spiritually engaged communities; he serves as the Rabbi at B'nai Shalom in Walnut Creek, California.
Comments 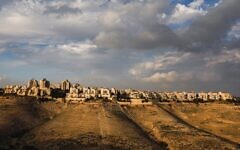