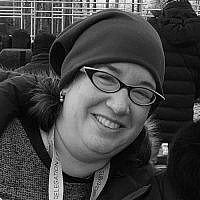 The Blogs
Meredith Deutsch-Levy
Apply for a Blog
Please note that the posts on The Blogs are contributed by third parties. The opinions, facts and any media content in them are presented solely by the authors, and neither The Times of Israel nor its partners assume any responsibility for them. Please contact us in case of abuse. In case of abuse,
Report this post. 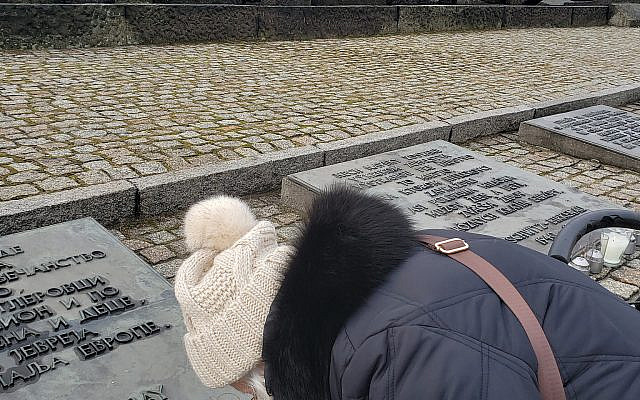 Everyone had their own agenda. Some came to “pour out (their) anger,” others “to tell (their) stories.” Some had been back many times, on missions or March of the Living; for others this was the first time in 75 years. Her reason was simple, clear and personal; she was there for her mother and I was there for her.

The letter came in early October, a few days before we would all be together for Sukkot. An all expense paid, business class trip back to hell. She kept it to herself for a few days, unsure of what she wanted to do. When she presented it to us, she exclaimed that she wasn’t even considering going. But she knew her audience…if that were the case she never would have shared the invitation as among us there were those who wouldn’t let her decline.

One step at a time…trip registration..medical clearance…hotel reservations… flight arrangements. As each box was ticked the trip became more of a reality yet still quite abstract. I think reality started to set in when we checked into the business class lounge and the lounge attendant didn’t know what he would do with all the wheelchairs. People started to introduce themselves by their hometown and their Auschwitz story. But when asked where she was from the answer was Miami….only more details when pushed and even then quite minimal.

The memories and silent tears started on the first bus ride to Auschwitz. “The last time I went to Auschwitz, I couldn’t look out the windows,” she said. Upon seeing the frozen ground, she remembered the death march where a friend’s sister gave up and couldn’t continue … subsequently, shots were heard. “They took my humanity so I couldn’t mourn her …I just kept going.” On the contrary, I told her, you kept her in your heart for 75 years …what’s more humane than that?” 75 years is a lifetime, she kept repeating, so much has changed.

After our first visit to Auschwitz for the commemorative ceremony, we quickly decided we didn’t need to spend much more time the following day. We knew what we had come for and we would be able to accomplish that with a short return. Already that night she remarked that she felt “lighter.”

Others arranged to be filmed by Spielberg, yet others were trailed by news crews to be broadcast all over the world. Everyone has a story to tell, but not everyone feels the need to  tell it. “Spielberg has enough stories, he doesn’t need mine.” She listened intently on the tour, trying to make sense of 75 years of memories, never sharing her own thoughts or experiences with a group (and a bit annoyed by those who did). We finally ended up at the memorial in Birkenau, sneaking an extra candle because we were “two families.” For the first time marking the grave of her mother, Rachel, listening quietly while I recited Kaddish. She turned to me and simply said “I’m done.”

Her life in America has been an extraordinary and busy one: raising a family, running a business and being the consummate hostess. But in her later years, as she’s been less busy, less distracted, she’s had more time with her thoughts which have taken her back 75 years and regret that she was never able to say goodbye. So on that Tuesday in January, 75 years later we did just that…and we were done.

About the Author
Meredith Deutsch-Levy is a mother of four boys and practicing family physician in Thornhill.
Related Topics
Related Posts
Comments