The one-sidedness of the “Checkpoint” mock-up at the Hinde Street Methodist Church in London (which ends on Friday) has been well covered by Richard Millett and David Collier in their blogs.

A meeting took place to discuss the event. Five Israel advocates were there; all have taken turns in manning the exhibition, to set the record straight with visitors. Jewish communal and interfaith representatives as well as Methodists were there. Someone involved in the creation of the exhibition was there.

There was controlled and dignified fury about the exhibition. Hardly any defence of it was offered.  A Christian lady spoke of the shame she felt that at a time of rising anti-semitism, a Church should be adding to the problem rather than being part of the solution. An Israel advocate said that far from building bridges, the exhibition burnt them.  A member of West London Synagogue – which runs a night shelter with the Church – said that members of the synagogue were furious and bewildered at the Church’s actions. He also asked why the Jewish Community had not been consulted before the staging of the exhibition. A Methodist lady spoke of her shame.

It was pointed out that very few ‘undecideds’ came to the exhibition. For much of the time there were more Jews there – furious and anxious to set the record straight – than others.

The WCC is an umbrella group of over 300 churches including the Methodist Church in the UK. The founder of the Methodists, John Wesley, espoused a distinctly Zionist theology. But that is not where the WCC is today. It is an umbrella group for many Israel traducing organisations such as EAPPI.  It works closely with Sabeel, a Palestinian NGO that claims that the Palestinians represent a modern-day version of Jesus’ suffering and utilises deicide imagery and supercessionist rhetoric to demonise Israel and Judaism. The Wesley brothers would turn in their graves.

The WCC was a key promoter of the Kairos Palestine document, which promotes BDS and denies the Jewish historical connection to the land of Israel.

The Exhibition Programme has a ‘find out more’ section. The references really give the game away.

First is a reference to Diakonia. This is a Church-based Swedish NGO which has accused Israel of “collective punishment,” “war crimes,” and “violations of international humanitarian law” while ignoring Hamas terror attacks against Israeli civilians and Israel’s right to self-defence.

Other references are to ICAHD-UK, the Amos Trust and Zaytoun. ICAHD explicitly advocates for the end of the state of Israel as the nation state of the Jewish people, stating that “the only option for resolving the conflict [is] a one-state solution.”

Amos Trust is a BDS organisation.

You get the picture….

The truth is that the exhibition has been a complete disaster for the Church. Not only was it vilified by all faiths at the meeting, it has also been criticised by Lord Carey – former Archbishop of Canterbury – as well as in the Mail, the Times and the Spectator. And of course in the Jewish Press. And Alan Dershowitz, referring to the constant singling out of Israel by the Methodists, said this week in London

There’s a name for that. It’s ‘anti-Semitism’.

The decision-makers in Hinde Street Church have managed to erect a wall of mistrust and hurt between the Methodists and the vast majority of the Jewish Community. Israel’s security barrier is necessary to save lives. Hinde Street’s wall of hurt is entirely unnecessary.

Hinde Street has now been asked to host an exhibition of Save A Child’s Heart.

Memo to the clergy at Hinde Street: Given the one-sided vilification of Israel over the past week, it is surely the least you can do to begin the process of healing and of taking down the needless wall of bad faith that you erected. 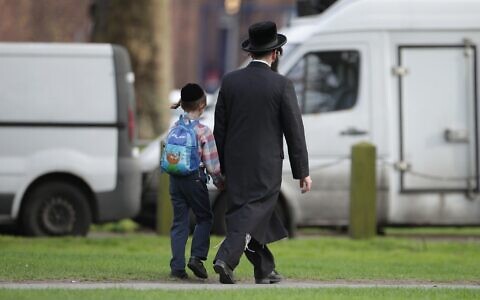 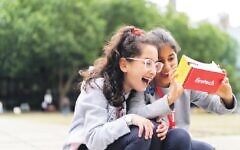 Win a place at Firetech, the UK’s leading tech camp for kids, worth £550! 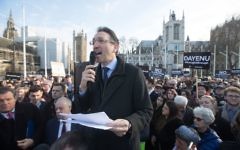 ‘We must stop using the Y-word’, says JLC chair after change of heart
Mathilde Frot 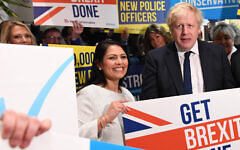 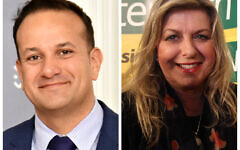 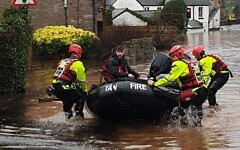