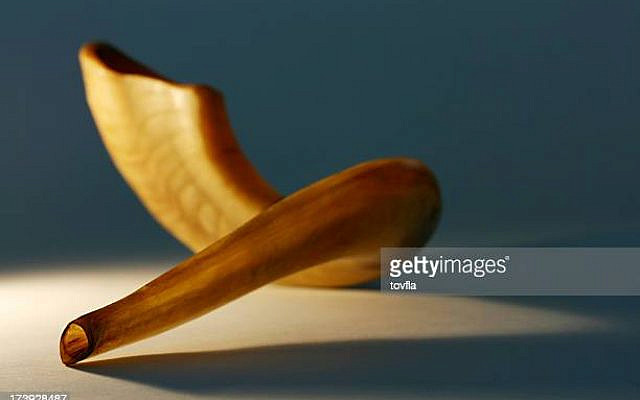 Elul—and the sound of the shofar. Is that special sound meant to awaken us from our doldrums? As Maimonides would ask us: “Is it G-d awakening us through the breath of one of us who volunteers to perform this ancient ritual? Or is it the sound of our crying out to G-d, mi l’matta l’malla?”

What is it about the shofar’s sound that strikes that common chord in all of us? Is it merely our childhood memories of that wondrous departure from the everyday sounds around us? Or is it a more magical moment in our Jewish upbringing? What is so enticing about this sound? Is it its hauntingly human quality, a plaintive cry? Is it the cry of Sara bruised at the moment of knowing what almost transpired at the Akedah?  Is it simply the sound of wandering?  Is it the sound of our inexorable solitude as human beings? Or is it the sound of the suffering ram, as Yehuda Amichai so succinctly illuminated: “Ha gibor ha amiti shel ha akedah, hayah ha ayil” (“The true hero of the Akedah was the ram”).

What does the sound DO to us physically? It certainly shocks. It causes us to pause. It reflects back to us our own nakedness, vulnerability, humanness, frailty AND mortality. The sound is powerful also because it mixes and confuses the senses (as it did at Mount Sinai:  “Roim et hakolot” (“they saw the voices”). The sound transports us in time, but is it only time past? Certainly not. It does so much more—it bonds the moments of the past into a timeless moment, a moment out of historical time. It is the sound of wonder, not beauty.

And what makes this sound so unique, so apart from the thousands of banal sounds we hear?

Let us first look to a few of our ancient texts for some insights.
“Rav Abbahu said: “Why do we blow on a ram’s horn? The Holy One, blessed be He, said: Sound before Me a ram’s horn so that I may remember on your behalf the binding of Isaac the son of Abraham, and account it to you as if you had bound yourselves before me.” (from Mishnah, Rosh Hashanah 16a, 16b).   This programmatic description is rooted in memory–but whose memory? We produce the sound (or do we?), the Holy One remembers, the Holy one accounts, so that we will feel. But just what do we feel?– and how does the sound’s quality help us feel?

We certainly know that the sound is loud! According to Tamid 3, 8, “From Jericho they could hear the noise of the opening of the great gate…and other sounds: like the halil, the cymbal, the singing, and the shofar”.

We can also read another clue: “Children are not to be prevented from blowing the shofar” (Talmud Bavli, Erubin 96 b) Ditnan: Ein Miakveen et hatinokot melitkoah”. So is this comment more about the sound, or the ideal state of the blower—or a good educational lesson?

But alas, there is so little written really about the sound itself? So where do we turn? To science? To our imaginations? For instance, what if we imagined what that very sound which shattered the walls of Jericho actually sounded like? Here was my imagined interpretation of that sound in a composition entitled Agadot, (Legends) as described in Biblical texts.  I first tried to sense a piercing staccato sound but in my imagination I only heard long, drawn sounds. “But where is the teru’ah?”, I thought to myself. Where is the shattering?  And then, in Alfred Sendrey’s  Music of Ancient Israel, I found mention of a special style shofar blowing called “yovel”, and the author’s speculation that a huge shofar with a metal bell was used.  I added my own speculation: that the style of playing was only the long, drawn tekiah gidolah.  This is what emerged—I called it “Breaking the Walls”.  I used a choir of shofarot, the clustered sound of saxophones and my voice.

Certainly our imagination can pave the path. But what about science, specifically the science of acoustics, even the Bible’s trace of that ancient science of sound?  In Talmud Bavli, Rosh Ha-shanah 27 a-b, we are told: Payrash Rabi Shimon Ben Gamliel: …hayah kolo dak o aveh o tzarud, kasher, shekol hakolot k’shareen bi shofar. (“If its sound is thin or thick or dry, it is valid, since all sounds emitted by a shofar can pass muster”). So it’s not really the nuance of tone color which is really in question. It seems to be something else. Let’s delve further—perhaps this time into Western science.

In a conversation, a musicologist at Tel Aviv University once described the sound of the shofar to me as “quite curious”. He said that compared to the musical sounds to which we are accustomed (for instance, the trumpet or violin), the shofar is curiously simple . Unlike most instruments, where timbre (tone color) is made up of a totem pole of many auxiliary tones called overtones, the shofar is notably empty of such content. Its color is made up of only a few of these fundamental tones. It pure acoustic terms it is a super primitive entity! It is primal. It is the sound before all sounds.

So why DOES the shofar’s sound cut through to our very being? Why DID IT shatter the walls at Jericho? Why does it leave us transfixed and almost hypnotized during the Rosh Hashanah service? What stiff-necked walls in us does it break? Why do we feel suddenly so vulnerable?

I would like to claim that it is precisely the shofar’s stark, seemingly empty simplicity that summons us to awaken. It is a sound without pretense. It is set apart for a special occasion. Perhaps even what it is lacking, i.e. all those tens of extra notes (the overtones that are missing), constitute the missing piece that we are called upon to provide, like the second set of tablets, which were, in a sense a collaboration between human beings and G-d. Or perhaps it is the sound’s primal emptiness, evoking our very nakedness, the nakedness of the moment, the moment of truth, the moment before the closing of the gates at the closing of Neilah during the Yom Kippur service.

To truly sound the shofar, one has to also rid himself of all pretense of all ego. Last year  a friend remarked,  “That was great shofar playing…not blowing”!… “Is that a complement or a critique, I asked?…. He smiled, but was silent. Yes to BLOW the shofar is not to PLAY, not to ENTERTAIN…but to stand naked in modesty, in frailty, and become a vessel from G-d’s very breath.

And what of the different nuances of shofar blowing, the various attacks, the initial tekiah, the fragmenting of the sound, first to shevarim, and then to the ultimate fracturing, the staccato teru’ah of seven, nine, even more spiked sounds. The climax: tekiah g’dolah, a long blast that is binding, re-binding, re-uniting, and re-unifying.

Judaism, according to Rabbi Abraham Heschel, is a religion of time, not place. (see Heschel’s The Sabbath). We strive to make the time special, especially in that sanctuary of time called Shabbat. Perhaps, in the sound of the shofar, we find another sanctuary of time—a sanctuary that has the power to awaken us, to cause us to reflect, to shake us inexorably, and then, finally, in one unifying gesture, render us whole again. It may be, as one Hasidic master once whispered, “the essence of a common and shared Jewish soul”.

And so friends I would like to finish with a Hasidic story told to me by a colleague Rabbi Eliezer Finkelman. The story is simple, but like the sound of the shofar it describes, it is naked in its childlike truth:

“A little boy is walking in a forest. He loses his way, lost amidst the trees. He feels frightened, but not worried. In his pocket is a small toy horn. The little boy knows something. He knows that if he’s lost, his father knows that he’s missing, and will be searching for him. He is lost. He knows his father is looking for him and will hear the cry of the horn. ‘Abba, here I am. I’m lost in the forest, but you’ll know where to find me.’ ”

About the Author
Stephen Horenstein is a composer, researcher and educator. His repertoire of musical works has been performed and recorded worldwide. He has been a recipient of the Israel Prime Minister's Prize for Composers and the National Endowment of the Arts (USA). His teaching has included Bennington College, Brandeis University, Tel Aviv University, Jerusalem Academy of Music and Dance; residencies at Stanford University, York University, California Institute of the Arts, and others. He is Founder and Director of the Jerusalem Institute of Contemporary Music, established in 1988 to bring the music of our time to a wider audience.
Related Topics
Related Posts