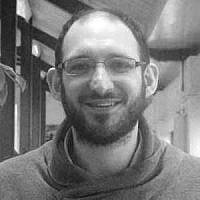 The Blogs
Anthony Ashworth-Steen
Apply for a Blog
Please note that the posts on The Blogs are contributed by third parties. The opinions, facts and any media content in them are presented solely by the authors, and neither The Times of Israel nor its partners assume any responsibility for them. Please contact us in case of abuse. In case of abuse,
Report this post.

The failure of pre-election polling to predict a Conservative Party (Tory) win in the recent British elections was a major talking point, from the moment exit polls were published. In the run up to the election, all the major polls predicted that this was going to be a close result, with the need for a coalition an absolute given. On the night, however, the Tories took a clear majority of seats, generating a live-blogging frenzy on social media.

In the slew of post-election analysis on social media, one of my Facebook friends posted a link to a piece written by Number Cruncher Politics (NCP) that asked the question: was there a ‘shy Tory’ factor in 2015? The article, in summary, analysed electoral and polling data from the last 35-50 years to quantify the ‘shy Tory’ effect – click here to read the full article.

More about the ‘shy Tory’ in this clip.

This ‘shy Tory’ concept raises serious questions: are there people who feel embarrassed about their views on politics and the party they support? Are there people who are worried about voicing their opinions for fear of attack from the other side? Are people inadvertently or intentionally marginalising people so they feel unable to be a vocal part of the debate? And it struck me that these questions could also ring true for a silent majority of Zionists who do not voice their opinions. Is there an emerging phenomenon of the ‘shy Zionist’?

If we have ‘shy Tories’ who won’t speak out in support of their party for fear of ridicule, we could also have ‘shy Zionists’, who are afraid to share with the world that they are Zionist for fear of backlash from detractors – this is level one. The second level is that ‘shy Zionists’ may not enter the conversation for fear of backlash from other Zionists. There are some issues over which the community come together as one – for example there was a fairly unified response to the recent decision by the National Union of Students to affiliate with the BDS movement. Notwithstanding this, there are still large gaps in the communal discourse.

In my opinion, the current trend is that people are tending to gravitate towards one of two main narratives of Zionism: 1) Israel is under attack and should be defended at every opportunity, and 2) Israel is failing to live up to its founding principles of Equality, Freedom, Justice and Peace as declared in the Declaration of Independence. The ‘shy Zionist’ is someone that cares deeply about the security of Israel and its people and is profoundly worried about the direction Israel is going, but will not enter the conversation for fear of attack from both sides.

In a previous blog, I discussed the toxic nature of how conversations about Israel are played out on social media and I provided some (hopefully) helpful steps to take out the poisonous sting from the debate. But if there is any truth to my theory of the ‘shy Zionist’, more needs to be done to encourage people to engage in nuanced conversations, on social media and in person, and feel free to share their views – whatever they are.

In my opinion we need to do three things to allow people to feel more comfortable in voicing their opinion:

1. Celebrate the fact that people are actively engaged in the conversation, even if you disagree with them: it may seem like a simple thing to post your opinions if this is something you do on a regular basis, but for many it is not – it can be very daunting. This is especially true if the nature of the discourse is polemical and polarised. Jumping on someone for making a point you disagree with or slating someone for making a mistake will, most likely, turn that person away from engaging in the future.

2. Don’t take up space: there seems to be a philosophy that if people write the most letters/posts or shout loudest then they have won the debate; this could not be further from the truth. In my opinion, over-posting alienates the very people you’re seeking to influence, making them less likely to be “won over” and they are more likely just to disengage. If you are guilty of being an over-poster, it may be worth considering whether you are unintentionally undermining the cause you support.

3. Know more, but don’t think you need to know everything: very often I notice that people have either (a) strong opinions grounded in passion and much subjective interpretation but little objective fact, or (b) know a huge amount about one very niche topic – therefore, it is important to know what you are talking about by reading more. However, my concern is that people do not enter the conversation for fear of being attacked for not knowing everything about everything (see point 1).

I am very lucky in my position as Director of Informal Education and Israel Engagement at UJIA to have the opportunity, with my talented colleagues, to be part of shaping Israel Engagement so we can take the conversation and education to the next level. Through our work we have to be more creative in thinking about Israel education in the 21st century and how the current realities impact on the experiences of Jewish young people.

But fantastic education and creation of safe spaces is only one part of the picture and will only ever be successful if there are people who are ready to jump in and make themselves heard. Therefore, I strongly encourage everyone to start voicing your opinions on Israel no matter what it is you would like to say and via whatever channel works for you (art, dance, music, writing etc). If it is done in a thoughtful and constructive way you will be surprised at how many people are prepared to listen and engage.

About the Author
Anthony Ashworth-Steen is UJIA’s Director of Informal Education and Israel engagement. Previously, Anthony is an experienced Informal Jewish Educator with a long history in the youth movement world. He is currently doing a Masters in Educational Leadership at the Institute of Education in London.
Related Topics
Related Posts
Comments