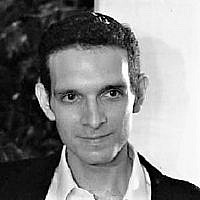 The Blogs
Nissan Ratzlav-Katz
Apply for a Blog
Advertisement
Please note that the posts on The Blogs are contributed by third parties. The opinions, facts and any media content in them are presented solely by the authors, and neither The Times of Israel nor its partners assume any responsibility for them. Please contact us in case of abuse. In case of abuse,
Report this post.

In 2001, UNESCO recognized Masada — the Roman-era Jewish rebel fortress atop a hill in Judea — as a World Heritage site. Why? “Masada is a symbol of the ancient Jewish Kingdom of Israel, of its violent destruction in the later 1st century CE, and of the subsequent Diaspora,” says UNESCO.

Then, in 2005, UNESCO recognized the tels of Megiddo, Hatzor, and Beersheba in Israel as World Heritage sites. Why? “The three tels, through their mentions in the Bible, constitute a religious and spiritual testimony of Outstanding Universal Value,” says UNESCO.

Ten years later, in 2015, the archaeological site of Beit She’arim in northern Israel was recognized as a World Heritage Site by UNESCO. It was called “a landmark of Jewish renewal.” In the organization’s explanation of the selection of the site, it says: “Bet She’arim constitutes exceptional testimony to ancient Judaism in its period of revival and survival under the leadership of Rabbi Judah the Patriarch. The extensive catacombs containing artwork showing classical and oriental influences illustrate the resilient Jewish culture that flourished here in the 2nd to 4th centuries AD.” Incidentally, Beit She’arim served as the main Jewish burial site outside of Jerusalem after the Jewish revolt against the Romans, due to Roman edicts forbidding burial in Jerusalem, which was renamed “Aelia Capitolina.”

At the same time, also in 2015, UNESCO issued a statement defining the Tomb of the Patriarchs (in Hebron) and Rachel’s Tomb (between Bethlehem and Jerusalem) as Muslim sites. This can only be considered a hilarious joke or a horrendous insult to Arab intelligence, considering the repeated recognition by UNESCO itself of the Jewish kingdom of Israel, the biblical Jewish connection to Megiddo, Hatzor and Beersheba, and the resilient, ancient Jewish culture in the land of Israel.

Now, in 2016, things got more absurd when UNESCO passed a resolution denying the Jewish connection to the Temple Mount and the Western Wall, and ordering that all references to these sites use the Muslim Arabic terms.

Incidentally, found on Masada — UNESCO World Heritage site, remember — were scrolls including parts of the biblical text of Ezekiel. In Ezekiel 36:38, it says: “Like the flocks appointed for the holy offerings, like the flocks of Jerusalem on its festivals, so will these cities now laid waste be filled with flocks of men, and they shall know that I am the Lord.”

So, if UNESCO ever refers to that text found at Masada, will they have to explain that those “flocks” were brought to the “mosque on Al-Haram Al-Sharif”?

In the Palestinian submission of Hebron for consideration as a World Heritage site (for non-existent Palestine, of course), they write: “Hebron/al-Khalil is a clear example of a place directly and tangibly associated with events and living traditions, and especially with ideas and beliefs, relating to outstanding universal values. Its significance as a [place of] worship and the burial place of the patriarchs Abraham/Ibrahim, Isaac and Jacob and the matriarchs Sarah, Rebecca and Leah spans the categories of time and space, situating Hebron/al-Khalil in a position of primary importance to humanity.”
The patriarchs and matriarchs of whom, exactly? (Hint: It begins with a “J” and ends with an indomitable State of Israel.)

The Palestinians also submitted Qumran as a candidate to be a World Heritage site. In their submission, they write: “Its transcription of the Old Testament, copying of other documents, recording traditions, and other writings contributed to a significant stage in human history during the first century BC, and contributed significantly again to intellectual life following their discovery in the 20th century AD.” And: “The study of the Scrolls developed into an academic discipline known as Qumranic studies. It provides us with valuable information about the history of Judaism and the early phase of Christianity.”

One more. I love this one.

The Palestinians also submitted Sebastia for consideration, writing, “Sebaste, identified with ancient Samaria, is the capital of the northern kingdom during the Iron Age II in Palestine and a major urban centre during the Hellenistic and Roman periods.”

The “northern kingdom” of what, pray tell? They don’t say. But I will. It was the northernmost of two sovereign Jewish states that existed in this land simultaneously. And neither one of them was called “Palestine” (but one was known as “Israel”).

Since that “northern kingdom” existed, there was a third and then a fourth Jewish commonwealth. The latter was established officially in 1948 CE. You may have heard of it.

So, to be consistent and honest, UNESCO should just go ahead and declare the entire State of Israel “a landmark of Jewish renewal.”

Nissan Ratzlav-Katz is an experienced marketing communications professional, as well as a published columnist and former senior opinion page editor. He can be reached at www.nrk-online.com.

About the Author
Nissan Ratzlav-Katz is an experienced marketing communications professional, as well as a published columnist and former senior opinion page editor. He can be reached at www.nrk-online.com.
Related Topics
Related Posts
Nissan Ratzlav-Katz
Comments