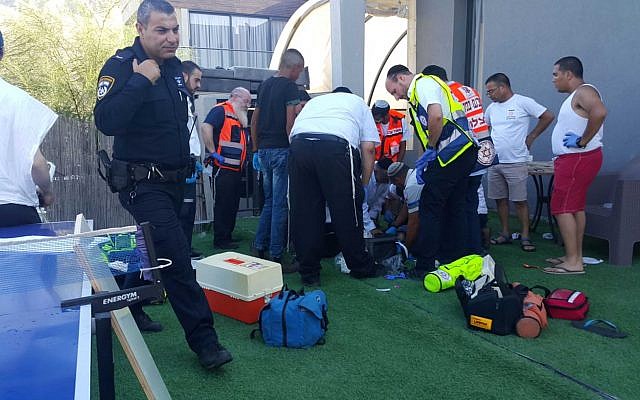 This summer has seen a dramatic increase in drownings and deaths caused by drownings in Israel. This is not a phenomenon that affects one segment of the population more than another, but something that has hit all Israelis. The worst part about drownings is that they are almost always preventable tragedies. In truth, I was going to write a post about them, but someone beat me to it, a volunteer EMT with United Hatzalah by the name of Moshe Mizrachi. Moshe was on vacation yesterday (Monday, August 6th) in Migdal with his family and was the first volunteer at the scene of the fatal drowning that occurred there. For eight minutes, he performed CPR by himself while other responders were on route. Moshe gave me permission to reprint the thoughts he put down on paper after the incident.

Please note that the following is not for the faint of heart to read, but it is an important message that at least all parents should read and take to heart.

The Sight I Can Never Forget, The Fight I Lost

Moshe Mizrachi, EMT speaks about the drowning victim he tried to save

Somethings cannot be changed. We each have a part of us that defines us as who we are, even when we try to shut that part of ourselves off, it rises to the surface for all to see. I was planning a vacation with my family for quite some time, and I said to myself that this will be a real vacation and that I won’t get bogged down with work, or volunteering. I left my radio at home and made up my mind that I would only go out to emergencies that were in my immediate vicinity and that were life and death instances. I took my medical equipment with me, it is always with me. In my heart, I knew that I might need it. 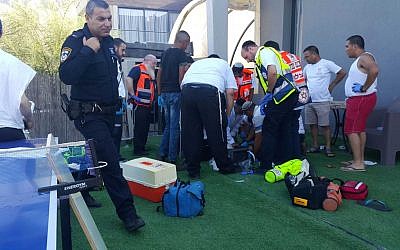 The scene of the drowning in Migdal

As the saying goes, you can plan all you want, but G-d has the last laugh. That kick of adrenaline when an emergency occurs jumps through your veins and no matter what you do, you cannot control it.

Surely enough, I received an alert on my phone about a child suffering from shortness of breath right near the guest house that we were staying in. I thought about it for a second, telling myself I was on vacation and that others would respond, but I knew in my heart what would really happen. The phone rang, United Hatzalah’s Dispatch and Command Center told me that I was the closest responder, and I ran.

It was mere seconds between the time the phone rang and the time I arrived at the scene of the emergency. The events that then unfolded, will remain scarred into my mind forever.

A young girl had been pulled from the water of the on-site pool and was unresponsive. I rushed to her side and found that she wasn’t breathing and that she did not have a pulse. I immediately attached a defibrillator and began CPR. I performed chest compressions and assisted breathing by myself for more than eight minutes. My focus honed in and my world contracted to only the three of us, the little girl, myself and the angel of death hovering above us. It took eight minutes for the next responder, a doctor from the private Merizan ambulance company, to arrive. Eight minutes that turned into an eternity. A war that I wasn’t willing to lose. 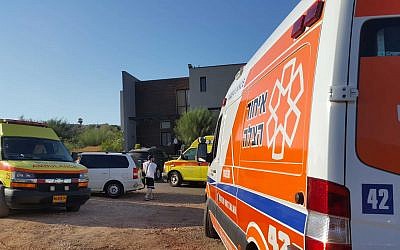 Ambulances at the scene in Migdal

United Hatzalah’s Psychotrauma and Crisis Response Unit that comes to emergencies wherein a traumatic event was experienced by numerous people arrived and began talking to the family and treating them, providing every bit of comfort that they could.

I went back to my family. I hugged them all and I wouldn’t let go. I couldn’t let go. I prayed in my heart and out loud that no one should ever know such heartbreak in Israel ever again. There is no option of believing that “It can’t or won’t happen to me.” Laxity is the invention of the devil. Awareness is necessary sevenfold, especially when dealing with water. Engrave into your minds the look on the faces of the parents who are seeing their youngest child lying on the floor without any signs of life, when all they wanted to do was to have their children recharge and relax so that they could head into another school year refreshed.

I beg everyone reading this to please guard your children, and set for yourselves clear boundaries so that no one has to endure this scenario ever again, for it is too heavy a burden to bear.