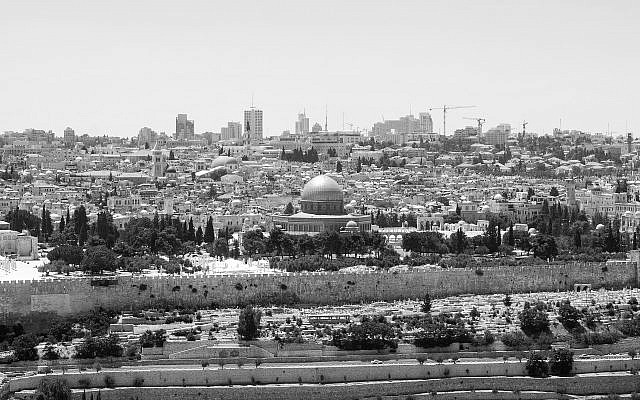 Remarkable Days that Changed the Course of History

The six days from June 5th to June 10th, 1967 are without parallel in the story of human warfare.

The sensational speed and brevity of the war, the sudden and startling drastic twists, its seemingly supernatural features, the remarkable reunification of Jerusalem, and the totally unforeseen new political reality created both in the Middle East and throughout the world, were all extraordinary.

Under imminent attack from six Arab armies and facing a threat of annihilation, Israeli army chaplains were sent to public parks to prepare funeral grounds for the expected death toll of as many as 100,000.

Incredibly, less than a week later, Israel had not only survived with less than 800 casualties but had almost tripled in land size and returned to many of its ancient historical and Biblical lands. Incredibly, and after multiple pleas to the Jordanians not to attack, their unexpected entry into the war precipitated the Jewish people’s return to the holy and ancient city of Jerusalem, the Kotel and the Temple Mount for the first time in almost 2,000 years.

The sovereign return of the Jewish people to Jerusalem was a spiritual and political seismic shift of epic proportions.

In 1948, so soon after the ovens of Auschwitz, a stateless, wandering people had founded a State and had been restored to their historic national homeland. Evoking Yechezkel’s dry bones’ prophecy, [1] the collective physical body of the Jewish people had been resurrected. In 1967 though, Israel would receive her soul.

She began to tap into her spiritual destiny – Jerusalem. She was no longer just physically surviving but spiritually thriving. Israel without Jerusalem is to the Jewish people like a body without a soul. Jerusalem without Israel is like a soul without a body. Together, Israel and Jerusalem are one. Physical and spiritual, heaven and earth, national and religious, secular and sacred, fate and destiny, surviving and thriving, particular and universal are all woven into one holistic whole. So much of what had been lost had now been reclaimed. The great Biblical prophets had predicted both the return to Israel and the rebuilding of Jerusalem in scores of ancient prophecies – an integral part of the Messianic drama and the Jewish people’s historic mission. In six short days, they touched on the essence of their existence and caught a glimpse of the end of the story.

As the Chief of Staff, Yitzchak Rabin was given the honor of naming the war. He captured the enormity of these events in the name he chose. Among the titles proposed were the War of the Daring, the War of Salvation and the War of the Sons of Light. Remarkably though, Rabin chose The Six-Day War, as it seemed to him to evoke the six days of creation. [2]

It was the dawn of a new era.

It totally transformed how the Jewish people viewed themselves and shifted something deep within their psyche.

In June of 1967, the country had around 2.5 millions Jews. A crippling economy, social challenges and military threats caused many to leave Israel. The joke of the time was, “Will the last one left at Lod Airport please turn off the lights.” Over these six days everything changed. Large waves of aliyah began pouring in from all over the world. For the first time, tens of thousands of Jews living comfortably throughout the Western world began moving in droves to Israel. The spiritually oppressed Jews of the Soviet Union, whose Jewish identity and pride had been squashed, would somehow find the courage to stand up for their Jewishness and rebel against the Communist regime and the KGB. This, in turn, sparked a deep sense of shared fate and common destiny that gripped the nation. Under the slogan “Let My People Go,” Jews around the world galvanized to fight for their brethren and eventually led to over a million Russian Olim arriving in Israel after the fall of the Iron Curtain.

Not only was Israel’s spirit lifted but so was the search for its soul. I believe one can trace the beginning of the return of tens if not hundreds of thousands to their religious and spiritual roots – and the flourishing of educational and outreach organizations of the Baal Teshuva movement in Israel and all over the Jewish world – directly to the transformative power of these six days. The Jewish soul was stirred with an other-worldly fire and fervor.

The timing on the Jewish calendar of the war could barely have been more spiritually precise and prescient.

The day that Jerusalem, the Kotel and the Temple Mount returned to Jewish sovereign control, the 28th of Iyar, Yom Yerushalayim, was exactly one week before Shavuot. The war ended a few days later at the beginning of the month of Sivan, the very same time 3,000 years before that the Jewish people had arrived at Sinai to begin their preparation for the receiving of the Torah. [3]

It was there they encamped before Mount Sinai, “as one man with one heart,” [4] standing with a singular unity and anticipation to receive the Torah. On that day, Moshe ascended the mountain and initiated a six-day spiritual preparation period before receiving the Torah six days later. Just like in those days, so too at this time had they ascended the Mountain of G-d, Mount Moriah in Jerusalem. Now they were ready for a remarkable and unforgettable re-receiving of the Torah.

A NIGHT TO REMEMBER

Many people say that this night was the most memorable of their entire lives, etched into their consciousness forever. It was the first Shavuot to take place at the Western Wall, the Kotel HaMa’aravi, under a Jewish government and with the protection of Jewish soldiers for the first time in almost two millennia. A mind boggling 200,000 Jews from all over Israel, almost 10% of the country’s Jewish population, made their way through the ancient alleyways of the Old City to gather together at the small but recently cleared plaza at the foot of the Wall. This was the first time since the year 70 C.E. [5] that individual Jews no longer came as foreigners to someone else’s Jerusalem, but returned as rightful custodians to the heart of their national and spiritual home. These 200,000 people, emissaries and shlichim of Klal Yisrael, experienced a rendezvous with destiny at that Matan Torah with a sense of dignity and redemptive spirit that had not been experienced for generations.

After the original six days of creation, the verse concludes with an unusual phrase – “it was evening and it was morning, the sixth day” with the definite article emphasizing something unique about this day. Our Sages say [6] that this alludes to the 6th of Sivan, the future date of Matan Torah, the day that would give the essential Divine purpose to the physical creation. So too, in our time, the return to Jerusalem and the close proximity to Shavuot gave the Six-Day War its ultimate spiritual meaning.

The Jewish people and the Torah world today are not only surviving but thriving, almost as never before. Israel has over nine million civilians with 6.7 million Jews, the largest amount of Jews ever to live in the Land of Israel. Jerusalem is Israel’s largest city with a population of 900,000 and is home to the largest concentration of shuls, yeshivot and Torah learning centers in the world. There is arguably more Torah learning in the Jewish world today than at any other time in history.

So much of this was precipitated by the Divine grace and favor the Almighty shone upon us during those modern Six Days of Creation. May we deeply appreciate and continue to be worthy of such monumental blessings.

[3] Shemot Chapter 19:1: “In the third month (Sivan) after the children of Israel went out of the Land of Mitzrayim, on that day (Rosh Chodesh) they came to the wilderness of Sinai.”

[5] Perhaps with the exception of the time of the Bar Kochba rebellion from 132 to 135 C.E. when Roman control had been temporarily removed, although Jerusalem remained in ruins.

This article appears in the Yom Yerushalayim& Shavuot edition of HaMizrachi, published by World Mizrachi in Jerusalem and distributed around the world.