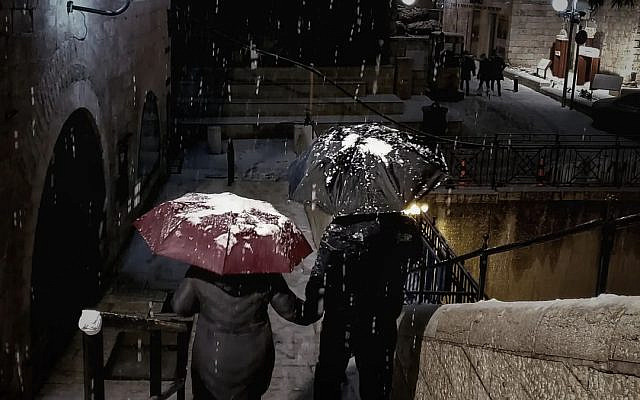 In the cold of the winter, we can often find solace in the warm depths of the Torah by plunging ourselves into a deep Torah discussion and forgetting about the freezing weather. In this week’s essay we do just that by examining two Hebrew words for “cold”: kor and tzinah. Altogether, these rare words appear only four times in the Bible, so there is so much that needs exploration. Cognates of kor appear three times in the Bible: once when listing an annual cold season called kor (Gen. 8:22) and twice when describing “cold water” as mayim karim (Jer. 18:14, Prov. 25:25) — while cognates of tzinah seem to appear only once (see below).

Rabbi Shlomo Pappenheim (1740-1814) traces the words kor (“coldness”) and kar (“cold”) tothe biliteral root KUF-REISH, which refers to a “strong impact” resulting from a high concentration of mass or velocity. Rabbi Pappenheim explains that “coldness” fits this core meaning of the root because the process of homeostasis ensures that one’s body always remains warm. Therefore, when one encounters the chill of something cold, there is a crash/clash of conflicting temperatures, resulting in a sort of “strong impact.” This is similar to the word mikrah/keri (“occurrence,” “happenstance”), as in the Modern Hebrew expression “Mah karah?” (“What happened?”), which refers to the sudden collision of a person and a new set of circumstances.

Other words that Rabbi Pappenheim explains as deriving from KUF-REISH include kir (“wall”), korah (“wooden beam”) and tikrah (“ceiling”). He explains that the weight of horizontal beams that make up the ceiling typically weigh down on a building’s support, such that they create a point of “impact,” while walls are often comprised of vertically-positioned wooden beams that carry the weight of a structure, thus also creating a point of “impact.”

What about the word tzinah? As mentioned above, that word appears only once in the Bible. Here is the full verse in which it appears: “Like the cold (tzinah) of snow on a harvest day [is] a messenger who is trusty to his sender” (Prov. 25:13). But what does this passage mean? 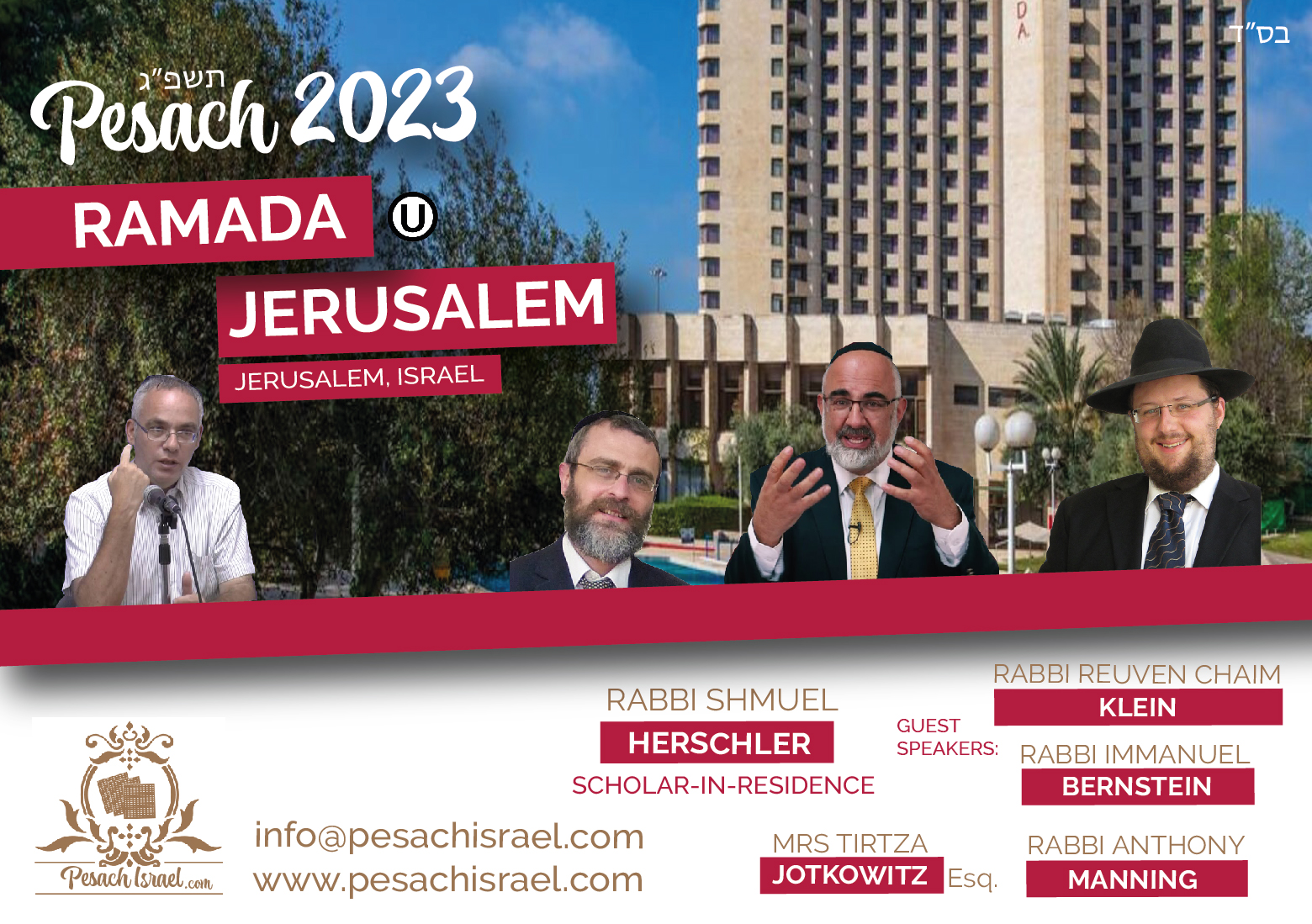 Rashi (1040-1105) explains that this refers to one’s longing for the coldness of winter (i.e., “snow time”) in the heat of the harvest season (i.e., the summer), while Rabbi Yosef Kimchi (1105-1170) writes that this refers to a cool wintery breeze blowing on a summer day. Either way, Ibn Ezra (1089-1167) and Rabbi Yishaya of Trani (1180-1250) explain the analogy by noting that a bit of icy coldness on a summer day gives a person the same sort of relief or satisfaction as being able to rely on his agent to handle his affairs.

Shoresh Yesha connects the word tzinah as “coldness” to the word tzanuah/tzniut (“modesty”), explaining that just as a modest person is not overly ostentatious or flamboyant, but instead prefers to remain reserved or reticent, so is the cold winter a time for retreating into one’s abode and not venturing outside. He further explains that tzinah as a “shield” also relates to this idea because a shield protects and covers a person in the same way that an individual who is described as tzanuah might remain hidden away from everyone else.

Although we claimed earlier that the word tzinah in the sense of “coldness” appears only once in the Bible, there are another three words in the Bible which some commentators understand to be related to tzinah:

2. The word tzintzenet (Ex. 16:33) refers to the “container” used to store the extra manna that was preserved as souvenir. The way Rabbi Hirsch (there) explains it, this container functioned like an “ice box” that kept the manna cold.

3. The Bible postulates: “Thorns (tzinim) and traps are in the path of the perverted; he who watches his soul will distance himself from them” (Prov. 22:5). While most commentators explain tzinim in Prov. 22:5 as referring to “thorns,” Rabbi Yosef Nechemias (there) and Radak (1160-1234) in Sefer HaShorashim understand the verse as referring to the “cold.”

In fact, Rabbi Shlomo Pappenheim traces the very word tzinah to the biliteral root TZADI-NUN, whose core meaning he defines as a sort of “thorn.” Based on that core meaning, Rabbi Pappenheim notes that the word tzinah (“shield”) refers specifically to a spiky shield used in battle for both offense and defense. In the same vein, he explains that tzinah in the sense of “coldness” recalls the stinging bite of a cool frost, which resembles the sting of a thorn or spiky shield. Rabbi Samson Raphael Hirsch (to Ex. 16:33) similarly explains that the word tzinah primarily denotes something painfully cold (as if one were stung by a thorn).

Limited quantity! Get your copy TODAY!

Indeed, the Torah warns that if the Jews do not drive out the inhabitants of Canaan when they conquer the Holy Land, then those who remain will be “sikim in your eyes and tzninim in your sides” (Num. 33:55). While most commentators explain the words sikim and tzninim as different types of thorns, Rashbam (there) explains that tzninim is related to the word tzinah in the sense of “cold.” Rashbam does not explain how this fits into the context, but based on what we have seen so far, perhaps the Torah refers to a sort of “sharp/stinging coldness,” which annoys a person and hampers his ability to accomplish more.

Radak notes that in Rabbinic Hebrew the final consonant NUN in the word tzinah was doubled, so an extra NUN was added to the word. Hence, in the Mishna, the word tzonen is used for “coldness” — usually as the opposite of something “hot” (Maaserot 4:4, Shabbat 3:4-5, 22:4, 22:6, Pesachim 3:3-4, Yoma 3:5, Nedarim 8:7, Zevachim 11:7, Keilim 3:7, Mikvaot 10:6, Machshirin 5:10). This term was also borrowed to other concepts related to “coldness”: The Mishna (Chullin 3:5) rules that an animal that is a metzunenet is not considered a treifah (“moribund”), and Rashi (to Chullin 58b) explains that this refers to an animal that became sick because of the cold (i.e. what we colloquially call in English “the common cold”). Similarly, the Talmud (Sanhedrin 39b) asserts that Ahab was metzunan (“frigid”) and this would only be changed by special efforts on the part of his wife Jezebel.

When comparing the terms kor and tzinah, Rabbi Pappenheim explains that they refer to different degrees of “coldness.” He understands that tzinah denotes the most basic form of “coldness” that typically describes a solid object that has not been exposed to a source of heat, or to any liquid that simply feels cold. This form of coldness can be experienced on a typical winter day or even in the summer if one is not directly in the sun. It is a natural coldness that does not make a person sick, nor is it painful. Rather, it is a level of coldness that the human body was built to withstand.

On the other hand, Rabbi Pappenheim explains that kor refers to an extreme form of coldness, which is only manifest on the coldest days of winter. It can also describe solid items which have become especially cold and are even painful to touch, like a cold metal or marble. Rabbi Pappenheim explains that the Bible calls the winter kor (Gen. 8:22) not because it typically reaches this level of coldness, but because of all the seasons of the year, real kor is most likely to happen in the winter.

Rabbi Yehoshua Steinberg of the Veromemanu Foundation uses the juxtaposition of the word tzinah to sheleg (“snow”) in Prov. 25:13 to shed light on the two meanings of the word tzinah. He argues that just as snow covers a large area and surrounds a person on all sides, so does a tzinah (“shield,” or perhaps “armor”) cover a large area and surround a person on all sides to protect him. Accordingly, Rabbi Steinberg argues that tzinah in the sense of “coldness” does not simply refer to the drop in temperature like kor does, but rather it denotes the fact that there is an all-encompassing “coldness” that covers a wide area and totally envelops a person.