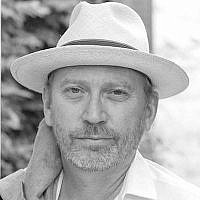 The Syrian refugee crisis has reached epic proportions. That those who cautioned against Western intervention years ago, because it could only make things worse, have been proved wrong (worse than this?) is incidental now. With nearly 4 million refugees already outside the country and close to 8 million displaced within, Syria is in need of rescue. Or, more accurately, the people of Syria are.

That half a million of them are Palestinian doesn’t necessarily obligate Israel to do more than other nations to help, but it does suggest that Israel is part of the equation, like it or not. Perhaps it holds the key?

Unprecedented problems demand bold solutions. The time has come for implementing a proposal put forth cogently by Benny Morris in his 2009 book, One State, Two States: Resolving the Israeli/Palestinian Conflict. There the world’s leading historian of the Arab-Israeli dispute argued that, given the prolonged failure to reach a viable agreement between Israelis and Palestinians concerning what to do about Gaza and the West Bank (Judea and Samaria), Jordan should annex these territories.

The resulting fused entity that would emerge, a “Palestinian-Jordanian state” (as Morris refers to it), is not the sort of thing that will immediately appeal to either those Hashemites excessively wary of Palestinian empowerment in Jordan, or those Islamist radicals who yearn to wipe out Israel more than they long to ease the suffering of ordinary Palestinians. Nevertheless, “given current realities,” as Morris concluded in the last line of his prescient little volume, “this would seem the only logical — and possible — way forward,” in order to solve the Palestinian/Israeli conflict.

If that was true in 2009 (when Morris’s book first came out), how much more so in 2015? Is it not also the logical way to respond to the pressing need of the day?

Israel can help by agreeing to facilitate the evacuation of those Jews currently residing in settlements beyond the Defense Barrier and not wishing (for whatever reason) to become Jordanian-Palestinian citizens (the rest can stay). This will be painful, difficult and costly both for Israeli society as a whole and those individuals who choose to uproot in particular; but the horrors that Israelis are witnessing to their north demand nothing less. Jordan can help by stepping up and coordinating security, infrastructure and so forth. Fatah and Hamas can do their fair share by putting differences aside, in the name of humanity.

In Greater Jordan-Palestine, there will be room for everyone. As quickly as possible, as many refugees from the butchery in Syria who want to come should be admitted. That means Palestinians currently stranded in Syria, certainly; but no less needy Syrians, equally deserving of compassion, must be given shelter right away as well. An agreement in principle between the concerned parties (Jordan, Israel, Palestine) ought to be enough to get on with it. Under the dire circumstances, any delay is tantamount to murder. The details can be worked out while people are being resettled.

Put them in the West Bank. Invite them home, that is — those who are from thereabouts; and offer them succor — all those who are in need. Hand Jordan back the keys to the kingdom it once held for twenty years, in the wake of Israel’s founding as a modern state.

Moreover, as Jews — people who know what diaspora is all about, displaced so often over a long history of exile — it is in our cultural DNA, so to speak, that we of all people cannot turn away from a situation like this. For we were once strangers in Egypt. Love your neighbor. Indeed, as a nation of refugees, the Jewish state has a special responsibility, in fact. The time is now to end the brutal occupation of nearly half a century. And thus to address — if not solve, then at least greatly mitigate — the horrific Syrian refugee crisis as well.

Those who say Israel can’t be expected to help, due to The Conflict, are wrong (for shame!). They lack imagination, and care too little for the lives of others, whom they see as “the Other.” Those who say Europe should continue to bear the brunt of the burden are shortsighted. Those who say Britain hasn’t done much may have a point. Those who ask, Why don’t Muslim Arab countries do more? are on the right track — but headed in the wrong direction. The way forward is clear, because it is so vitally necessary. Let necessity be the mother of invention once more, as it has been so often in the past and is known to be by nature. Enough of the foot-dragging and indifference to human suffering that’s brought the world to this point.

To those who say it’s not possible, I ask, What do you expect to come of half-measures? If not now, when? Face the magnitude of what we are up against, and consider the sort of dramatic effort that might actually have a chance of success, were it only tried. If you will it, it is no dream.