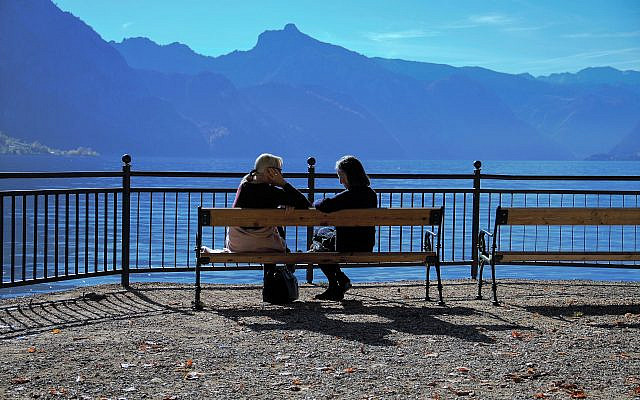 A major theme in this week’s parsha is silence. Without a doubt, there is much talking — endless talking in fact. Yehuda begs Yosef to free Binyamin; Yosef breaks down and reveals all to his brothers. Yosef commands his brothers return with a message to their father; the brothers tell Yaakov that Yosef is still alive; G-d speaks to Yaakov; Yosef tells Pharaoh his brothers have arrived and prepares his brothers for that meeting, and on and on.

Yet, with all this talking, we may ask — is anyone saying what needs to be said? In the words of Simon and Garfunkel in The Sound of Silence, this parsha is full of “People talking without speaking.”

Talk, talk, talk. So much busyness and running around. There is always some distraction, something that urgently needs to get done, so that there is no time to really talk.

When, after over two decades of agonizing separation, Yaakov finally sees Yosef, he declares with poignant relief that speaks of years of pain and longing “אָמוּתָה הַפָּעַם, אַחֲרֵי רְאוֹתִי אֶת-פָּנֶיךָ, כִּי עוֹדְךָ חָי — Now I can finally die after I have seen you, that you are still alive!” (Genesis 46:30-31).

What is Yosef’s response? Does he say “It’s so great to see you, Dad! I’ve missed you so much.”  No. He says “אֶעֱלֶה וְאַגִּידָה לְפַרְעֹה… – Sorry, Dad. I have to go talk to Pharaoh. So many things to do. I know it’s been 22 years, but — let’s talk later, OK? I promise we will find the time.” After so long, Yosef is busy, busy, busy. No time to talk, to confront the huge painful issue that looms between them. A lot of chattering is filling up that space, but nobody is truly speaking.

To confront that looming, agonizing topic would mean exposing oneself to possible additional pain. It would mean making oneself vulnerable, admitting failures, and possibly hearing things that are so very hard to hear.

Where is Yosef saying “Dad, I missed you so much. Where were you? Why did you send me to my brothers, you know they hated me! Did you come searching for me? Did you want to know where I was? Were you perhaps complicit in everything that happened?”

And where is Yaakov saying to Yosef “Tell me, what really happened all those years ago? Did your brothers really do this to you? I thought you were dead! I was in terrible grief and mourning. What did you not send a message to me once you had risen to a position of power? Were you trying to forget us? Did you forget who  you were and where you came from?”

There is only talking without speaking, and a huge silence that becomes a hole in their relationship: “‘Fools’ said I, ‘you do not know / Silence like a cancer grows.’”

The silence between Yaakov and Yosef grew like a cancer. In that first fateful moment of their encounter, they avoided what most needed to be talked about. And from that time on, the silence only grew and festered. Always beneath the surface, always being bracketed and glossed over in every conversation that followed. And it became easier to maintain distance than to have to constantly skirt around such a silence.

In next week’s parsha, when Yaakov speaks with Yosef at the end of his life, it is poignantly clear how much they have been avoiding one another. Yaakov knows that Yosef has children, and even gives them a blessing. But then he sees them and says, “Who are these boys?” He has been so apart from Yosef that he doesn’t even recognize his own grandchildren! 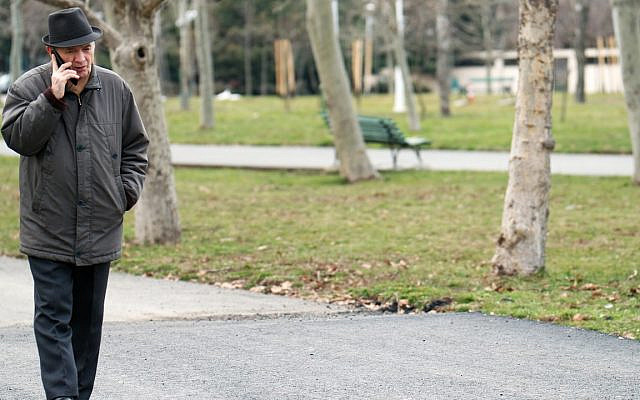 It is only at the end of next week’s parsha, after Yaakov dies, that the subject is finally broached, but at that time it is too late. When Yaakov dies, the brothers are afraid that Yosef will use this opportunity to take revenge for what they had done to him so many years ago. They send word to Yosef: “Your father instructed before he died saying, say to Yosef ‘Please forgive your brothers for what they have done to you… And Yosef wept when they spoke to him.” (Gen. 50:16-17).

Why did Yosef cry? Perhaps because he was so saddened by the fact that his brothers were still afraid of him and still believed he could do such a thing. But I think it was more than that. It was because Yosef knew his father could never have said such a thing. He knew because he and his father never really talked; they never spoke about what had happened so long ago and there was no way that Yaakov could have given such instruction before he died. And so, Yosef cried. He cried for himself and he cried for his father. He cried for the conversation that never happened, for that painful issue that never surfaced, and was never worked through and resolved. He cried for the relationship that could have been.

We must ask ourselves — what is that silence in our lives that we are avoiding, that festers and “like a cancer grows”?  What is that huge issue that fills the room in our relationships with a parent, child or friend, that we expertly skirt around, that we are always too busy to talk about? Such a silence is corrosive and distancing. We have to find ways to stop avoiding it, to surface it so resolution and healing can take place.

We are now living in a time in which our lives are not so filled with busyness as they used to be. We are in our homes and have more opportunity for reflection, more opportunity to connect with those who matter in our lives. Let’s not let this opportunity go to waste. Let’s reach out to that person with whom we’ve been avoiding having that difficult and painful conversation. Let’s speak and then let’s listen. Let’s create a new silence — a silence that can heal.