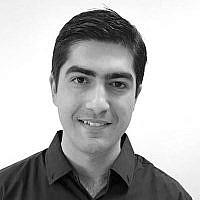 The Blogs
Itzhak Mashiah
Apply for a Blog
Advertisement
Please note that the posts on The Blogs are contributed by third parties. The opinions, facts and any media content in them are presented solely by the authors, and neither The Times of Israel nor its partners assume any responsibility for them. Please contact us in case of abuse. In case of abuse,
Report this post.

In an academic article published in 2019, Prof. Eli Avraham and I explored the ways that innovation terminology and technology are employed in diplomatic discourse (“The Role of Technology and Innovation Messaging in the Public Diplomacy of Israel” published in Journal of Global Politics and Current Diplomacy). We examined former Israeli Prime Minister Benjamin Netanyahu’s UN speeches over the last decade; The main finding of this study is that the technological theme occurs frequently in speeches (usually in the opening statement – in the first minutes of the speech). It was concluded from the research that Israel’s tech success plays a rhetorical role in positively positioning Israel. As a symbol of modern Israel, the “start-up nation” icon was mentioned by policymakers.

Today, there is a new government in Israel. Since this study was first published much has changed in Israeli politics, but the communication and speech practices are still in use. It is evident from the first and most recent UN speeches by MK Naftali Bennett that Israeli policy makers keep discussing IL technology and innovation. Here are a few quotes from Bennett’s speech:

[00:09 minute]: “Israel is a lighthouse in a stormy sea. A beacon of democracy, diverse by design, innovative by nature and eager to contribute to the world — despite being in the toughest neighborhood on earth”.

[05:35 minute]: “We are sitting together for the good of our nation. It’s okay to disagree, it’s okay – in fact I’ll say – it’s vital that different people think differently. It’s even okay to argue. Healthy debate is a basic tenet of the Jewish tradition. I can tell you that it’s also one of the secrets to the success of the “Start-up Nation”. Just enter one of the companies and you’ll see that debate going on. Debate is the power of innovation”.

Frankly, it is not surprising that the new PM uses the tech narrative too. After all, Bennett has experienced the industry firsthand. Prior to politics he founded his own technology company (and made an exit). Thus, he appears to be knowledgeable about the topic. He may even feel that he has contributed to building the startup nation in many ways. Which gives him legitimacy to use this story. Indeed, observing his public appearances, it turns out he used the Israeli narrative of technological success quite often. Aside from his remarks at the UN today, Bennett reports on technology from his own perspective for more than a decade now (media interviews, social media posts and more).

Israelis are inspired by hearing and seeing Israel’s technology success stories in social media posts and speeches. It is a source of national pride. Does the world hear the message too? It may not. When prejudices and misconceptions are present, the message may be difficult to convey. Israel’s technological story remains controversial, with some stating that it hasn’t yet reached its global destination. From global forums I had with colleagues it is shown that startup nation branding has not yet reached sufficient audiences and hasn’t yet achieved its promotional goals. In general, it is assumed that tech voices, such as the one discussed here, is a complex and incoherent voices which is not presented in a systematic routine way (a speech, even a speech on the big stage at the UN is not enough). For the long run how will the new government resolve this? Will a technological focus boost IL diplomacy and marketing efforts? Does the world finally recognize Israel as a technological leader? time will tell.