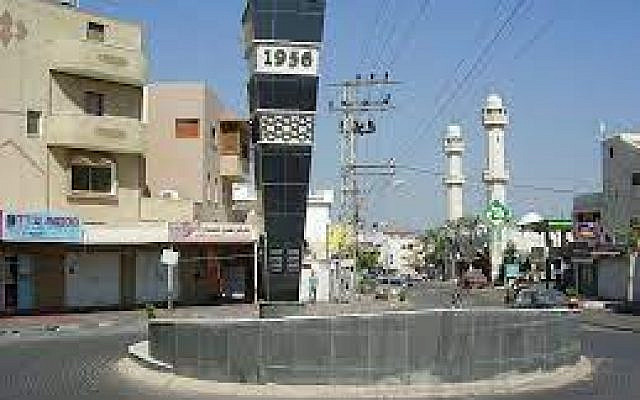 The massacre of 48 innocent Arab citizens of Israel in the village of Kafr Kassem, on the old border with Jordan, from 65 years ago (October 29,1956), is in the news again in Israel. Why? Because Arab Members of Knesset (Israel’s Parliament) brought up a proposed law last Wednesday, October 27th, 2021,  which would have forced the state of Israel to officially recognize this unfortunate event in our history, apologize for it, and then teach it in our schools. The proposed law was overwhelmingly rejected—mostly for narrow political reasons—but the debate about whether the state of Israel should formally accept responsibility is still raging.

What exactly happened there 65 years ago is a matter of historical record, and it is well known in Israeli society.

The Kafr Kassem massacre was carried out by the Israeli Border Police, who killed Arab civilians returning from work during a curfew of which they were unaware, imposed earlier in the day on the eve of the war with Sinai. Apparently, the curfew was imposed for fear that Jordan would attack Israel and that those Israeli Arab citizens would join together with the Jordanians in a war against Israel. In total, 48 people died, of whom 19 were men, six were women and 23 were children aged 8–17.

The border policemen who were involved in the shooting were brought to trial and found guilty and sentenced to prison terms, but all received pardons and were released within a year. The brigade commander was sentenced to pay a symbolic fine. Later, an Israeli court found that the command to kill civilians was “blatantly illegal”, a term that has become well-known since then in Israeli military parlance.

Personally, I have been well aware of this incident in Israeli history as a result of a dialogue group that I ran for five years, from 2003-2008 when I was working as the Director of the Interreligious Coordinating Council in Israel (ICCI), which I founded in 1991 and directed until 2015. The dialogue group was called KEDEM, which was a Hebrew acronym for Kolot Dati’im Mefaisim, Religious Voices for Reconciliation. In the first year of this program, we took a group of seven rabbis (all modern Orthodox Zionist) and seven Israeli Arab religious leaders (five Muslim and two Christian) to a seminar in Belfast in Northern Ireland. During the weeklong seminar which we held there, each of the participants had a turn to introduce himself in detail. One of them was an imam from Kafr Kassem.

He told the story of the massacre as he had heard it in his family from various family members in a very gripping, personal, sincere, human way. This was not in any way an attempt to tell the one true version of history. Rather, it was his way of presenting his own narrative as he had learned it from his family and community, the narrative that he and so many others in this Israeli Arab village grew up with. I remember vividly the active compassionate listening which was going on the room—you could hear a pin drop. Following the telling of this story, a very interesting development occurred.

Another one of the Arab religious leaders in the group, who was the leader of their side of the dialogue (they called him sheikh), told the group that each year a memorial service was held in the town of Kafr Kassem to commemorate this massacre and he invited one of the rabbis in the group to attend that year, on a specific date at the end of October. The rabbi thought about it for a moment—and consulted with one of his colleagues—and then said that he would attend if the event was solely to commemorate their pain and suffering, to express solidarity on the religious and human level, and if the Arab leader could guarantee that their participation would not be manipulated for political purposes. The sheikh fully understood what his new friend the rabbi was saying, and responded sincerely by saying that he would invite all of the rabbis in the group to attend a special memorial ceremony on the day after the communal one, so as to guarantee that there would be no misunderstandings or media mistakes. The response was immediate, sincere and to the point: “If that is the case, we will be there,” said the rabbis.

And so, a special encounter was arranged with the rabbis and the mayor of Kafr Kassem at that time. We visited the memorial in the center of the town and held a very important discussion at the local community center with local Muslims. This event helped the rabbis gain a very personal and profound sense about how the memories of this massacre live on among the residents of Kafr Kassem to this day.

Since that time, I have taken many groups to visit Kafr Kassem, to learn about the massacre in the local museum, and to talk to local citizens there, who are all Muslim. These trips have been small journeys of reconciliation, during which I have developed personal friendships and have come to understand their pain and their outcry for recognition of this historic injustice.

I believe that it is time for the state of Israel to recognize this tragedy officially and to issue a formal apology. Just as this history is taught in officers’ training courses in the Israel Defense Forces—where soldiers learn that they should not obey a manifestly illegal order (based on lessons learned from the Kafr Kassem massacre)—so too this incident should be taught in civics classes in the schools of Israel.

President Ruby Rivlin attended the annual memorial ceremony in Kafr Kassem at the end of October, and President Herzog attended this year, on this past Friday, where he apologized for this tragic mistake in Israeli history in an important speech. Also, President Shimon Peres issued a formal statement of regret during his term as the symbolic head of Israel. These are important steps in the right direction, but they are not enough. Official recognition by the Israeli parliament, a formal apology, and educational action by including this in the curriculum of the Ministry of Education would go a long way to healing wounds with the Palestinian Arab citizens of Israel, who make up about 20 percent of our population.