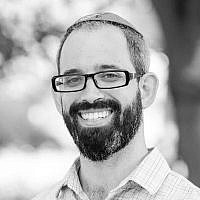 The Blogs
Raimy Rubin
Apply for a Blog
Please note that the posts on The Blogs are contributed by third parties. The opinions, facts and any media content in them are presented solely by the authors, and neither The Times of Israel nor its partners assume any responsibility for them. Please contact us in case of abuse. In case of abuse,
Report this post. 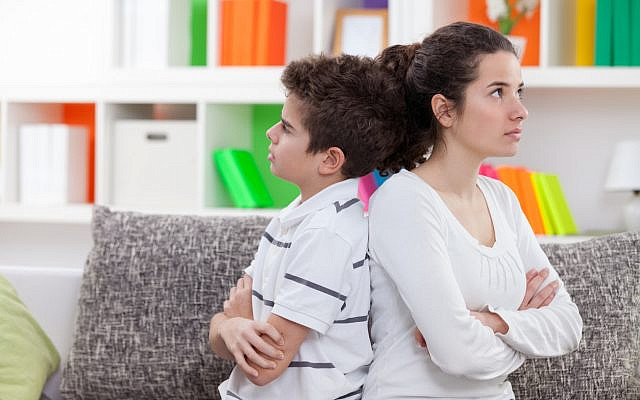 Illustrative. Sibling rivalry: an older sister and younger brother sit back to back on a couch. (iStock)

My sister is three years older than I am. For a younger brother, those three years make all the difference.

I wouldn’t say that she tormented me. There were no noogies or wedgies. She never put toothpaste in my Oreos or boobytrapped my room. It was more psychological warfare. She used her older, wiser brain to get under my skin. For instance, she always had plausible deniability. To this very day, I could never prove that she actually used her three-years-older prowess against me.

She did well in school just to put more pressure on me. She’d include me in games of House but make me play the role of Snowball the dog. She’d end arguments by saying “Yeah, you’re right” and walk away.

It was the sort of mental anguish that causes your hands to grab your hair while you mumble, “Ooooh, that makes me so angry.”

And, boy, did it make me so angry. It sowed self-doubt in my mind. And fueled competition among the two of us. My self-esteem was so low that my parents nicknamed me “Champ” just to raise my ego. (Hers was so high, they nicknamed her “Cabbage” to keep it in check.)

But then something strange happened around my 11th or 12th birthday. I did the math. She was born in May, and I in November. She wasn’t three years older than me… she was two-and-a-half years older than me. It was like my whole childhood had been a lie. I just assumed that the three grades that separated us somehow translated into years. I had never bothered to, you know, actually do the basic arithmetic that would prove to play a pivotal moment in my upbringing.

I felt like Bugs Bunny after Michael Jordan joined the Toon Squad. I could do anything. I’m 92% certain that it was this realization alone that fueled my growth spurt. Out of nowhere, I shot up to a colossal five-foot-six-inches. You read that correctly; I stood a whole 170 centimeters tall (where I remain to this very day). The power balance completely shifted.

No longer did her witticisms annoy me. No longer did I feel like a scared outlaw staring down the double barrel of the sheriff’s exemplary use of reverse psychology. No longer did her shadow outcast mine; in fact, mine was 12 centimeters taller than hers. Over time, the gap in years between us continued to shrink. At different points, we each went to college, we each got married, we each had children, and somewhere in the middle of it all, we ended up the same age and, dare I say, closer than ever.

Yet, the sibling rivalry still simmers.

When I heard that I was a stem cell match for an anonymous patient, it meant everything to me. It meant everything because I had been chosen, not her. The heavens were smiling down on me. I was ecstatic. For I had won.

Two weeks later, she received the same phone call. She and I are a match for the same anonymous patient. So now, as of this writing, we wait. We wait for the Transplant Center to determine who is the best match, even by 1%.

You have to believe me when I tell you that this is the most Cabbage move of all time. It’s brilliant and cunning, devious and diabolical, laced with a heaping amount of plausible deniability. She’s a mastermind and somehow plotted out this entire episode. But, of course, I could never prove it.

I have no doubt that her cells will be chosen over mine. That those two-and-a-half years will prove crucial to the selection process. That she will perform the divine act of saving a life and the divine-r act of rubbing it in my face. That she will lord it over me without ever having to say a word (though I’m guessing she will blog about it at least twice).

Yet, while I wait for that phone to ring sometime in the coming weeks… While I wait, helpless to persuade the powers-that-be that my stem cells are really, really awesome, I take a strange form of solace in knowing that amid all the chaos and craziness that life has thrown our way, there is one constant upon which I can always rely: her psychological warfare continues.

About the Author
Raimy lives in Rehovot and was born and raised in Pittsburgh. He is Kally Rubin Kislowicz's brother.
Related Topics
Related Posts
Comments