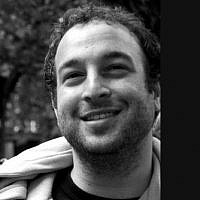 The Blogs
Yitzchak Besser
Apply for a Blog
Advertisement
Please note that the posts on The Blogs are contributed by third parties. The opinions, facts and any media content in them are presented solely by the authors, and neither The Times of Israel nor its partners assume any responsibility for them. Please contact us in case of abuse. In case of abuse,
Report this post.

During the Tenth Plague in Egypt, God elevated the first-born of Israel through their salvation by His Hand. God Himself comments on this eternal bond in this week’s Torah portion {“parsha”), Bamidbar. This group of people, brought closer to God by His own Words and Deeds, appears to be a natural fit for the priestly service performed in support of the Tabernacle. Yet God transfers this obligation to the Levites. The reason behind this transfer comes in the language at the start of the parsha, where God discusses the counting of the people of Israel by their tribes and their families.

Commanding the first-born of each family to serve in the Tabernacle would create the potential for familial strife and division. Imagine the sibling rivalry that would ensue from such a division of labor. Likewise, families would presumably be unable to camp together, as the first-born would camp in the interior, ringing the Tabernacle (as the Levites were mandated), while their families would be relegated to the exterior of the camp.

The stresses of the job itself would likely create understandable schisms. Remember service in the Temple is described as a deadly burden. Those who fail to follow the divine protocols of the Tabernacle service died, as God warns at the end of the parsha. Those who do not face death every day may struggle to relate to and empathize with those who do. Similarly, the differing levels of purity between those who serve in the Tabernacle and those who do not would also separate members of the same family.

Thus, to preserve the harmony of the families of Israel, God transferred this responsibility from the first-born, i.e. partial elements of all of the tribes, to the entirety of a single tribe, Levi. This shift returns the first-born to their families—those who would go out with the armies of God, as stated at the start of the parsha.

The advent of the Tabernacle creates a dichotomy between internal and external concerns: the Levites stay at home to guard the physical manifestation of God’s Residence on Earth, while the rest of Israel moves further afield in the service of God. A delegation of responsibility between guardians and fighters.

To have knowledge of that divine purpose, and to know beyond all doubt that you are serving God, must have been joyous and extraordinary. Yet I cannot help but wonder what one loses on this path. The ability to create their own way to God. The autonomy and creativity in the pursuit of that goal. The ability to choose how best you can fulfill your own divine purpose to fight for God. Whether to lead or to follow. To study like Yissachar or support like Zevulun. To preach the word of God, or to engage in diplomacy on behalf of His people. To create new works (read: art) or reveal the wonders of this world (read: science). To be, as the Torah later commands, a light unto the nations. In a word, freedom.

This is of course not to say that the Levites lacked free will. Rather, they are presented with a structured rigidity through which to approach the Lord, while the rest of Israel is afforded the opportunities of a more amorphous mandate: to march in formation, yet remain free to serve God in their own, individual ways. Conceptualized another way, the Levites live by the rules (or die by them), while the rest of the nation goes by God’s guidelines. Rules and guidelines. The narrow path of the structured guardian and the open road of the freeform fighter. Each finds support in the division of labor described in this week’s parsha. Each one is valid in its own right. Each brings a person closer to God. In today’s divisive world, this seems like a concept worth remembering.

About the Author
Yitzchak Besser is a law clerk. He was an editor at The Jerusalem Post for three years.
Related Topics
Related Posts
Comments