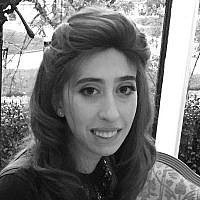 The Blogs
Liba Kakoun
Apply for a Blog
Advertisement
Please note that the posts on The Blogs are contributed by third parties. The opinions, facts and any media content in them are presented solely by the authors, and neither The Times of Israel nor its partners assume any responsibility for them. Please contact us in case of abuse. In case of abuse,
Report this post.

What does the Supreme Court’s architecture say about its values?

Jerusalem’s status as the capital of Israel is derived from its importance as a religious and cultural center, as well as its position as the seat of the government. The examination of Jerusalem’s civic architecture, and how it has changed since the establishment of the state, is key to understanding changes in the representation of the national and governmental identity. The Karmi-Melamed Supreme Court building reveals a drastic regression in its aesthetic mutiny and physical detachment from the city. The court was once housed in a building whose design was motivated by democratic values, emphasizing importance of knowledge, authenticity and clarity of logic. Yet, today, the court has replaced these values with performance architecture that depends upon misused symbolism to justify the buildings’ dysmorphic features. This reflects a change in the portrayal of the power of the court in Israel, from the democratic to the excessive.

The original identity of the Israeli Supreme Court is that of a defender of the people’s rights. Its first location in the Russian Orthodox Mission Building had historic aesthetic systems that were tangibly relevant to the building’s purpose. The symmetry of the building’s plan expressed the even-handedness of the law, and its authentic use of materials for their structural properties reflected the transparency necessary for just judgement. Further, the central location of the site in the city was a literal application of the democratic need to bring the seat of justice to the seat of the people and not vice versa.

Unfortunately, the old building had no place to grow, and thus a new building with a far more complex program was conceived. The new Supreme Court is located atop a ridge, disconnected from the city, and tenuously connected to the government buildings around it. Many of the unique architectural properties of the Mission Building, as well as its primary materials of stone, iron and glass, are repeated in Karmi-Melamede’s new design for the Supreme Court in in Kiriat HaMemshala. However, this attempt to draw on the court’s architectural history is at best gratuitous. Its deconstructivist elements are initially attention-grabbing, intended to impress the magnitude of the court upon the public, but their lack of connection to their purpose gives the new building an artificial feel that is exacerbated by its lack of proportion. This shortcoming is compounded by the complexity of the plan, which fails to be justified by the architects’ mis-cued use of various symbols and references.

The approach to the Supreme Court’s entrance has several prominent architectural features. The area is noticeably over-sized, even relative to the large number of people that pass through its doors. It was the architect’s stated intention to use these proportions express the stature of the Supreme Court. Further, the door is not centered on the walkway, rather placed at the junction of four sections of the building, or perhaps it is more accurate to consider the public access displaced and the portal presiding. The entrance is ironically adorned with a tragic allusion to the mistaken outlook of the Biblical spies’ first visit in the Holy Land

“and we were in our own sight as grasshoppers” (Numbers 13:33), a reference to a biblical case wherein representatives of the people balked at the perceived power of the giants that in reality paled compared to the power of G-d that had sent the People.

Building in Jerusalem requires a reconciliation between the ancient and the contemporary. The architects’ struggle with this challenge is particularly evident in an analysis of the courthouse’s detail. The details fashioned from the stone evoke elements seen throughout the city but are clearly distorted. The narrow, long windows in the facades recall the embrasures of the David Citadel and Jaffa Gate, but are proportionally three times too high and have no depth. The stacked bases below the judges’ windows are reminiscent of the supports found beneath balconies throughout the city, but clearly have no structural justification. The same is true of the mantle lintel details over windows and doorways all around the building. What classically was functional turned ornamentation, here becomes pure exaggeration. This deconstructivist cynical attitude toward the traditional materials of Jerusalem not only detaches them from their purpose, but, in the true spirit of post-modernism, fails to ascribe new meaning.

Essentially, the building is an amalgam of elements lacking unity. The architects chose to create logic from their design instead of creating a design that emerged from an aesthetic logic. The latter would undoubtedly result in a simpler building, one that perhaps would have lacked some of the intrigue that sells a project but would have served the public better. Unfortunately, the judges were the clients in this case.

Many aspects of the design make evident this hierarchy. There is a strict distance maintained between the judges and the public. The judges circulate unseen within the building and enter the courtrooms through a private door. The courtrooms mimic the plan of a basilica, with the judges situated at an altar at the front of the room. This church-like layout is not only culturally foreign, it implies that the judges’ power is godly as opposed to democratic. The courtrooms are isolated from the outside world, with no windows to allow the eye to rest on a distant place, and with equally impregnable acoustic isolation. Natural light enters only through inadequate skylights. This introspective atmosphere focuses on the specificity of the proceedings, when in reality, the decisions of the court are much greater than the specific case decided. Every Supreme Court ruling has wide reaching ramifications on the civil rights of the people as a whole and extend far beyond the confines of these claustrophobic courtrooms.

Of course, one of the most effective and striking architectural elements of the courthouse is undoubtedly its courtyard. It is not located on the primary public axis serving the courtrooms but is instead the focal point of the administrative area and the judges’ quarters. The courtyard is surrounded by an arcade. It has a more human scale than has the rest of the building, earning a peaceful reverence instead of demanding it. A copper channel flows through the center of the courtyard and empties into a round pool. Needless to say, the public is denied access to this space of symbolic power.

This exclusivity, combined with the buildings skewed proportions and distorted symbolism represents a Supreme Court that is no longer a defender of the will of the people, but rather the tool of an elitist group of people that promote their own convoluted principles. Israel’s capital city continues to grow as a governmental, cultural, and even economic center. To improve the trajectory of its civic architecture, we must revisit the values of the client.

About the Author
Liba grew up in New York, thinking of Jerusalem as a far-off place to visit in prayer. Today, she practices architecture in what she now knows is a very real, contemporary city, with all the potential in the world. Liba encourages discussion about architecture in Jerusalem @Building.Jerusalem on Instagram.
Related Topics
Related Posts
Comments