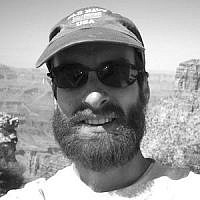 The Blogs
Binyamin Katzman
Apply for a Blog
Please note that the posts on The Blogs are contributed by third parties. The opinions, facts and any media content in them are presented solely by the authors, and neither The Times of Israel nor its partners assume any responsibility for them. Please contact us in case of abuse. In case of abuse,
Report this post.

Since Netanyahu was re-elected (yet again) it has become painfully clear that this election was going to cost us, and I don’t just mean the millions of shekels it costs to hold yet another early election. That’s peanuts when one compares with all the waste that follows. It’s been clear that all the parties agreeing to join the coalition were going to make heavy demands as it was obvious to all that Netanyahu was desperate and had few options, needing to find enough MKs to form a coalition of at least 61 members. It was clear that the Ultra-Orthodox were going to make their demands to reverse all the positive changes implemented in the last Knesset legislated by Yair Lapid’s “Yesh Atid” party. It was also obvious that the Kulanu, and Bayit Yehudi parties also understood that they can play the game and milk as much as they can.

The major things demanded by the Ultra-Orthodox UTJ and Shas parties include: the reversal of the “Equal Burden Law” (which mandated Ultra-Orthodox young men to join the IDF, a stipulation removing any criminal sanctions for Ultra-Orthodox who refuse to serve), returning child welfare payments to what they previously were (expected to cost about 2.5 billion shekels a year) and an allocation of a further billion shekels of taxpayer money destined for the Haredi educational system.

Along with control of the Finance Ministry, Environmental Protection Ministry, and the Construction Ministry, Kulanu leader Moshe Kachalon was promised billions of shekels to implement his housing plan, and a further billion shekels towards raises for IDF soldiers. Not to be outdone, Naftali Bennet’s Jewish Home Party held out till just two hours before the deadline for Netanyahu to form his coalition. In return, along with a number of prominent ministries, (including handing the Justice Ministry to Ayelet Shaked who wishes to minimize the Supreme Court’s power) the party received control of the West Bank settlement planning and budgeting body, and a further 630 million shekels a year towards the Education budget in addition to 1 billion shekels towards raising the salaries of third year soldiers and other funding towards security and education In Judea and Samaria. All this for a party that received just 8 seats in the election!

The games will clearly continue way past the formation of this new Knesset. Shortly before Jewish home and Netanyahu finalized their agreement, a senior Likud official remarked “We are tending toward granting Jewish Home’s demand for the justice portfolio…Bennett extorted it from us, and in this case it looks like that act of extortion will work for him. But every act of extortion has its price, and Bennett will pay dearly for it in the future.”

The Jerusalem post speculated that “By some estimates, the coalition deals will add up to NIS 9 billion, which alongside the NIS 5.6 billion in extra defense spending and the NIS 8 million that already needed to be cut will put the 2016 deficit at roughly double its intended target.” 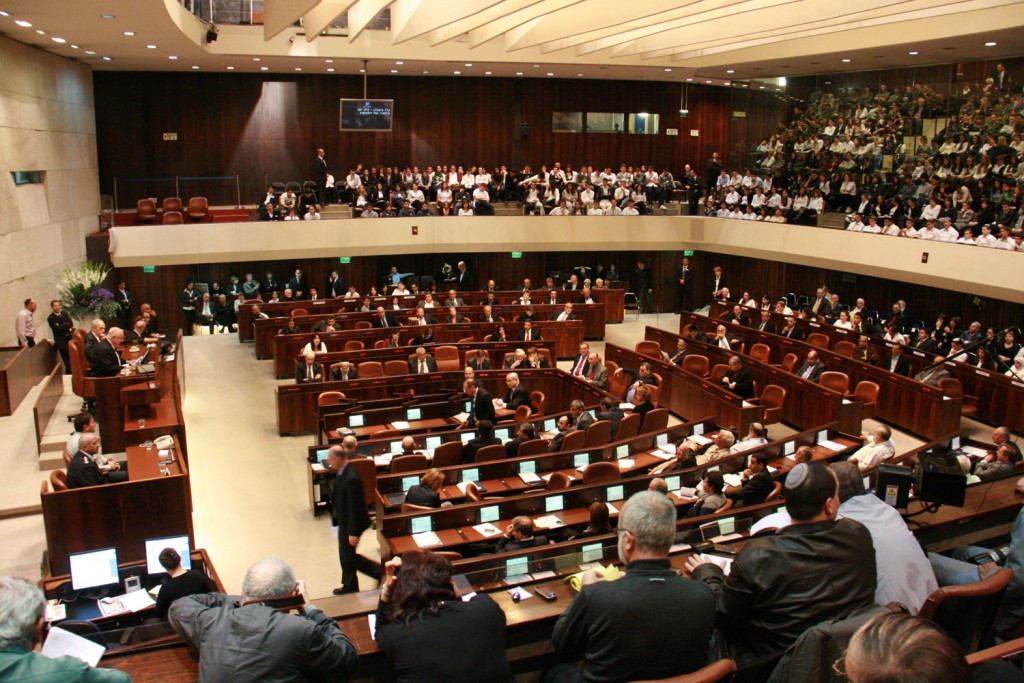 But this problem did not start yesterday, nor did it start with this most recent election for the 34th Knesset of Israel. It continues to happen and worsen with the existing Israeli parliamentary system which allows for numerous small parties to flourish. As long as our society keeps choosing individualistic parties over large and strong parties there is little hope for more stable and less wasteful governments. Being that people are naturally inclined to choose those which represent closest to their ideology as opposed to choosing strong stable parties isn’t it time for an overhaul of the system?

Every election season (which seem to be every other year lately) at least one politician from an existing party who realizes he or she has no chance of making it within that party, jumps ship and creates his or her own new party. Each time this happens, one more drop of stability and good government is removed from the Knesset, and one more person has put his or her personal agenda at the expense of the country’s stability and good government. In order to form a Government, the future Prime Minister must gather at least 61 of the 120 Knesset seats for his or her coalition. In the history of Israel this has never been accomplished from the leading party alone, so the leader of the winning party (or the person whom the president feels has the best chance of creating a coalition) is asked by the President to gather together a coalition. Of course coalition building is not a simple or free task. Rather it is the basis for much waste of precious taxpayer money, corruption, and capitulation to various interests. Of course those who help a potential PM to form a coalition, always desire and demand various political favors (such as receiving various ministries, and lots of money), along with various other stipulations. These “requests” usually tie the hands of the PM, sometimes backtrack on previous legislation, and often force early elections, when the different parties in the coalition can no longer agree to stay together.

So what’s the big deal for the winning party to share some ministerial posts and agree to some demands of other parties? Everything! One trick often used by many Israeli PM’s is to increase the number of ministers so that all coalition partners can be appeased, (in the previous government Lapid spearheaded legislation to limit the number of ministers to 18, with no “ministers without portfolio”, in the 2009 Government Netanyahu had appointed 30 ministers and 9 deputy ministers!). Do we really need this extra expense with every additional minister inflating the budget and wasting more taxpayer’s money? Do we really need all the waste that comes from all the money the Prime Minister is forced to agree to hand over to the various ministries or various sectors as a result of this system?

Further to the monetary aspect, in a country like Israel where there are so many differences of opinion on so many issues essential to the future of this country that have still not been settled, having to come together with other coalition members who may agree to work together on one major issue are likely to differ on other major issues. This invariably leads to the arm twisting and wheeling and dealing that make and break Israeli coalitions. Even when things do get accomplished, they stand to get canceled fairly easily in future governments, and we often end up back at square one.

In an interview with the JTA, Yohanan Plesner who heads the Israel Democracy Institute think tank, said that “Anyone who’s worried about governance in Israel and political stability should be worried about a government of 61 seats…It’s a government that will find it hard to instigate much-needed economic reform and even to deal with more mundane affairs of state like passing a budget without being extorted by backbenchers in the coalition.”

Don’t the voters want large stable parties over numerous small parties? Why has it taken so many years to have a stable political system? When it comes to Israeli voters it seems that many of us want to have the cake and eat it too. Instead of choosing from large parties that cater to our general political stance, (but not necessarily all of our specific whims or exact ideology) many of us choose small parties which cater to our individual views. This results in multiple small parties and a government that often can’t accomplish much. Instead of getting to eat our cake, we get cake on our faces.

Many will say that we need all these numerous parties because of the diversity of Israeli society. That we Israelis have many different opinions is true, but does every group need to have their own boutique party? We have parties that cater to the left, extreme left, right, and extreme right. We have, parties for Arabs, (which managed to unite into one larger party of their own this year) parties for nationalist religious Jews, parties for Ultra-Orthodox Jews, (Sephardic and Ashkenazic Ultra-Orthodox parties) parties for pensioners, and not to be forgotten – Parties for legalizing pot… it’s a joke! But the joke is on us!

It would be great if Israelis stopped choosing to vote for every single sectarian interest. It would be great if things could get accomplished through proper legislation rather than by extortion during the coalition building process. If we would only vote for the stronger larger parties (i.e. Labor, Likud) instead of choosing to vote for the new party of the week – such the pizza lovers party or the spaghetti lovers party (okay, that’s just a little bit exaggerated), or the party of the politician who started his or her own party because he or she could not make it in his or her own party, – we would have the 2 or 3 large parties appealing to us and our needs, and trying to make as many of us as possible feel at home in their party rather than us choosing small ineffective parties.

At this point in time, even after this most recent election and all the mess it took for Netanyahu to form a new government (yet again) it does not look likely that we voters will change our ways. Ultimately it’s going to be up to the politicians to fix it so that we don’t have to go through this mess every few years. One would think that members of the Knesset would want a better system, would want a minimization of corruption and waste. Is it too much to expect our politicians to fix this broken system? At least those from the larger parties which would not be threatened by such a change should be working towards it. Are there any courageous members of Knesset willing to make this change for the better? Any of us citizens who will push them to do so?

About the Author
Raised in New York's Lower East Side Binyamin Katzman now resides in the Jerusalem area. Passionate about Israel years before he step foot in the land at the age of 18, he made Aliya a decade later. Binyamin believes in a better future - with peace and security, empowering women, and pluralism incorporated as part of Judaism in Israel.
Related Topics
Related Posts
Comments