Two photos were published in Israel yesterday. Neither of them received mainstream international media coverage. The first, because it showed the humane side of the IDF, and the second because it illustrated the poisonous hatred which has seeped through every level of Palestinian society.

In the first photo a young Palestinian girl in Hebron fell and wounded her leg and turned to the IDF medics for help. They treated her in the humane way they are taught. In the second a female soldier, together with a comrade, accidentally made a wrong turn into a Palestinian city and was almost lynched to death by a Palestinian mob before being extracted at the last moment. 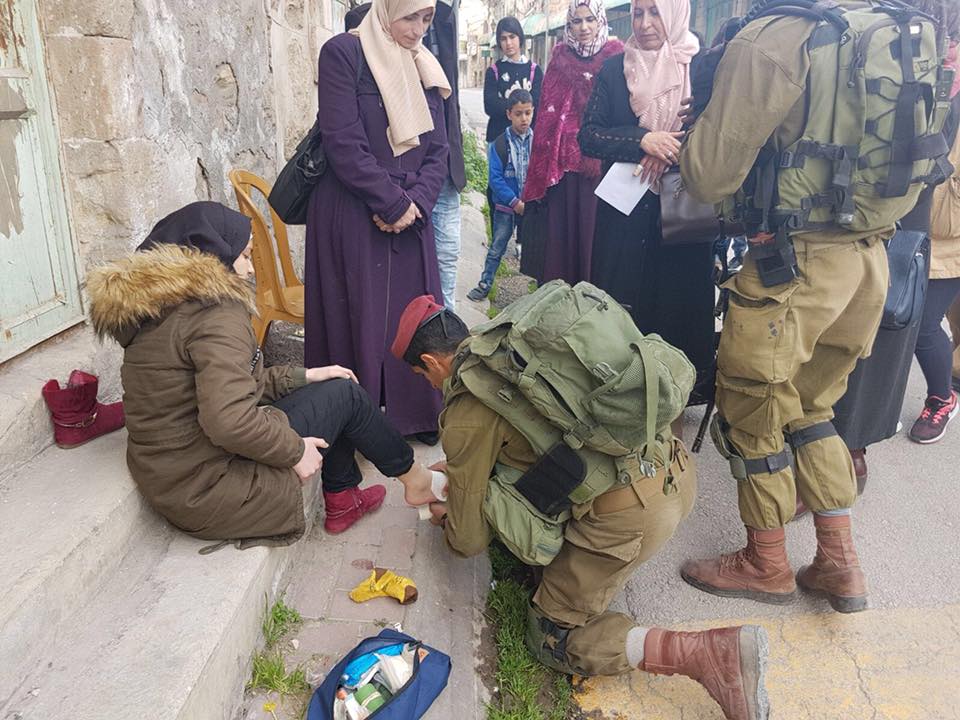 Regarding the first photo, I served as a combat medic in the IDF and we swore an oath, similar to the Hippocratic oath, that we would help everyone requiring our services regardless of religion, gender or race, regardless if they were friend or foe.  The opening statement of that oath reads:

I, a soldier in the Medical Corps of the IDF this day, swear to extend a helping hand to any who is injured or ill, be he lowly or venerable, friend or foe – to any fellow man.

I myself have tended to wounded Palestinians during my IDF service, including those wounded in traffic accidents. There is the famous story of the IDF medic who treated the wounded Jordanian sniper after the bloody battle of Ammunition Hill in 1967, despite the knowledge that that very same Jordanian soldier undoubtedly killed some of that IDF medic’s comrades. Indeed, one doesn’t need to look so far back in history to realise that this is the ethos of Israeli society. One of my friends serves as an IDF medic on the border with Syria and the IDF treat all that come to the border seeking medical help. Every Israeli hospital treats all without distinction of their religious, ethnic, or political background. Indeed, half of the children from developing countries who receive free life-saving cardiac surgery at the “Save a Child’s Heart” (SACH) organisation based in the Wolfson Medical Centre in Holon are from Arab countries and the PA. SACH has a weekly clinic for Palestinian children. The list goes on. 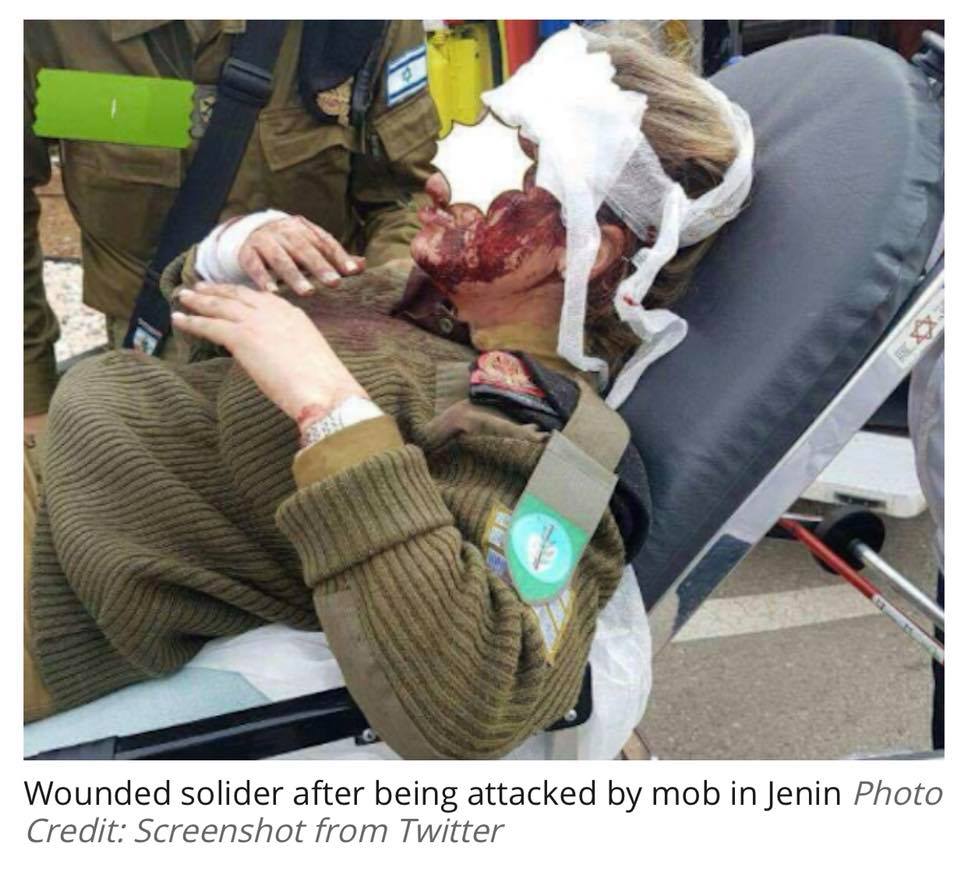 Regarding the second photo. Something is seriously broken in a society where political leaders, religious leaders, and even mothers praise their children for being murderers. Where children are incited 24/7 in school, by the media and in mosques to go out and murder. Where schools and public squares are named after murderers. Where murderers are extolled as the epitome of heroism (and rewarded with American supplied tax-payers dollars) by the PA.

Even though the soldiers ultimately were not killed, despite being beaten and bloodied, because some members of the PA security forces intervened and helped them out, these same “Good Samaritans” were roundly castigated and vilified by the Palestinian media for their intervention.

The world community, who funds and ignores this poisoning of an entire society, needs to fix its moral compass and help the Palestinians press the moral “reset” button. Palestinians need to understand that one can’t murder oneself towards a state. The PA is responsible for the current violence and to overlook this is to ignore the situation. The world is not doing the PA a favour by not holding them to account. Indeed this is reinforcing the current deeply flawed mindset. Unless the PA educate for peace there will never be peace.