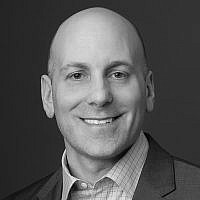 The Blogs
Jeffrey Richard
Apply for a Blog
Please note that the posts on The Blogs are contributed by third parties. The opinions, facts and any media content in them are presented solely by the authors, and neither The Times of Israel nor its partners assume any responsibility for them. Please contact us in case of abuse. In case of abuse,
Report this post.

The American Jewish community is now in the midst of an important conversation. Many Jewish leaders have raised concerns about recent research, such as the 2013 Pew Research Center’s Portrait of Jewish Americans, which found a declining sense of connection between the next generation and Israel. They ask: how do we engage Millennials around the thriving, diverse, dynamic country that is Israel?

In the search for solutions to this complex and multi-faceted question, we need to leverage the many strong Israeli institutions that speak to the values of Millennials. Israeli universities—like the Technion, which my organization works to support from the U.S.—are uniquely positioned to play this role. Pew found that nearly three-quarters of Millennials believe universities have a positive effect on the world, a much higher proportion than other age cohorts. Through their research, faculty, students, and alumni, Israeli universities offer tangible examples of Israeli innovation, progress, and diversity—all of which can speak powerfully to the next generation.

As Technion President Peretz Lavie often says, the Technion is a university on a mission, with a unique focus on making the world a better place. A range of research from academic institutions and marketing firms shows that this is a mindset uniquely present among Millennials. Technion students, scientists, and alumni are now working on the leading edge of many issues of central importance for them.

Take the issue of environmental protection. Three out of four Millennials are profoundly concerned about the future of the environment. Among Baby Boomers it is just one in four. The Technion has helped fueled Israel’s remarkable advances in green technology—from revolutionizing how water is used in arid regions, to developing water desalination plants and solar and hydrogen energy harvesting.

More than any other generation, Millennials believe that challenges should be solved not by fixing their symptoms, but by addressing them at their roots. Few places on the planet have embraced that ethos as powerfully as the Technion, which prizes out-of-the-box thinking that turns problems on their head.

Technion researchers are not just looking for ways to better dispose of chemical waste; they are pioneering technologies to create batteries that last for thousands of hours, made out of air and sand.

Technion students are not just looking to volunteer; they are applying their engineering knowledge to change the quality of life for people all over the world: whether it’s creating lightweight, easy-to-build biogas reactors in rural Nepal to turn organic waste into fuel, building wind turbines from scratch to power Bedouin villages, or building rain-collecting reservoirs to provide safe drinking water to schoolchildren in Ethiopia.

Millennials also have a uniquely positive view of technology companies, like Apple, Facebook, Microsoft and Intel—all of which have R & D centers just a few minutes from the Technion campus in Haifa. The university’s startup accelerator alone has developed a 3D video scanner, unique algorithms, significant advancements in hybrid vehicle technology, and one of the most effective drugs used to treat Parkinson’s disease.

Millennials value diversity. Although men are vastly overrepresented in most corners of the tech community, at the Technion, two in five students are women, a steadily increasing proportion that the administration is determined to make “one in two”, and five of the Technion Deans are women. The same goes for Israel’s minority communities: Arab students were dropping out at disproportionate rates, so the Technion launched a revolutionary program to support them. The dropout rate went from 73 percent to 12 percent in eight years, and today Arab graduates comprise roughly 20 percent of the university—the same as their proportion in Israel’s general population.

So how do we foster this natural connection between the ideals of the Millennials and the qualities of the Technion – and other Israeli institutions like it? How do we employ these institutions as a foundation to develop meaningful engagement and long-term relationships with Israel?

As we advance answers to these important questions, our organization is particularly excited by the reality that our next generation no longer has to travel to Israel to see the Technion in action. The Jacobs Technion-Cornell Institute is a key component of Cornell Tech, which will move from its current location at the Google Manhattan headquarters to its permanent home on Roosevelt Island this summer. It gives our next generation the chance to attend an institution of higher learning that grants a diploma from an Israeli university on American soil. This brings the Technion into the consciousness of young Americans in new ways, connecting them to the State of Israel and ultimately, planting the seeds for increased understanding and collaborations that will last a lifetime and beyond.

About the Author
Jeffrey Richard is the Executive Vice President of the American Technion Society.
Related Topics
Related Posts
Comments