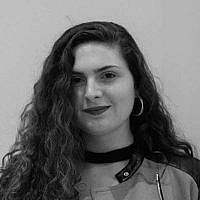 The Blogs
Elizabeth Danon
Apply for a Blog
Advertisement
Please note that the posts on The Blogs are contributed by third parties. The opinions, facts and any media content in them are presented solely by the authors, and neither The Times of Israel nor its partners assume any responsibility for them. Please contact us in case of abuse. In case of abuse,
Report this post. 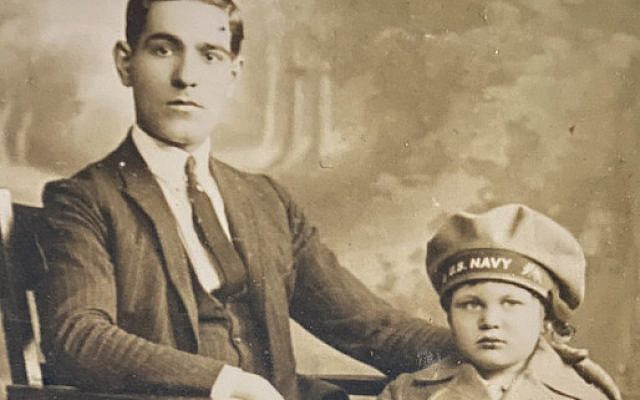 One of my great-uncles pictured with his son; he died alone in a mental institution in New York.

Jewish intergenerational trauma has become a phrase widely used by Jewish activists worldwide. It’s no secret that mental illness including anxiety, depression, and obsessive-compulsive disorder (OCD) are issues that our community faces. This isn’t to feed into the stereotype of the neurotic Jew that is often portrayed in media but is to call out a phenomenon that has been occurring within the Jewish community, even before the Holocaust occurred.

The latest attack on the Texas Synagogue where four hostages were held at gunpoint reminds me of the reality that our community has been facing for millennia. The repeated persecutions, attacks, and genocides that we have faced have left their mark – and seems to have been passed down through the generations.

My family has had its share of trauma and tragedy, ending with two great-uncles, brothers, committing suicide. My father, their nephew, spent time in between American orphanages as a child in the 1930s and 1940s because his parents, Sephardic immigrants from Izmir, Turkey, lost custody of him. He developed severe anxiety, depression, and OCD. So, when I was diagnosed with those same mental illnesses in my twenties, it wasn’t a shock.

But why has mental illness become so prevalent in my family? When I think about my grandparents and their relatives, I think about the experiences they were going through and the thoughts they must have had. The paranoia. The fear. The sadness. What really made my great-uncles commit suicide? And why couldn’t my grandparents take care of my father?

In the 1930s, the Great Depression occurred, causing my family to lose their business. My great-grandparents resorted to selling boyos, a Sephardic dish, on the streets of Manhattan just to survive. This pattern of poverty rippled throughout my entire immigrant family. At that time, another disaster was occurring: the rise of the Nazi party. Only a decade later, both of my grandparents, great-aunts, and great-uncles watched in horror as our relatives in Southern Europe and France were persecuted by the Nazis for being Jewish: Many of them died. The mix of poverty and horror of the Holocaust was only the tip of the iceberg, because this wasn’t the first persecution or hardship that my family had faced. In fact, Sephardic and Mizrahi Jews had been persecuted in the Iberian Peninsula and Southwest Asian North African regions for centuries before that, causing them to be in a perpetual state of fleeing for their lives.

Did the Holocaust and Great Depression cause my great-uncles to commit suicide, one dying alone in a mental institution in the 1970s? Did these events cause my grandparents to lose custody of my father, continuing a devastating chain of mental illness? Did these events cause me to save a bottle of prescription pills in my dresser when I was in the throes of my own great depression, leading me to call the suicide hotline number?

Looking at the antisemitic attacks that keep occurring today, whether they be on college campuses, online, or on our synagogues, I can’t point my finger at just the Holocaust or Great Depression and say that’s why. All I see is a continuing chain of great loss and grief that our community has been going through since the Torah was written. I feel paranoia. I feel unsafe. Like my life doesn’t matter. Especially with the lackluster response on the rising antisemitism worldwide by the non-Jewish community, and even the denial that antisemitism exists. The apathy is part of what pains me the most.

Loneliness is a mountain. And even though the Jewish community is beautiful and vibrant, and above all – supportive of those in need, the dark shadow of intergenerational trauma remains. The mental illness and immense pain remain. The mountain remains. And with every new attack on our community, that mountain becomes a little higher, making it harder to breathe for those like me.

If you have thoughts of suicide, confidential help is available for free at the National Suicide Prevention Lifeline. Call 1-800-273-8255. The line is available 24 hours, every day. (USA)

About the Author
Elizabeth Danon is a master’s student at Georgetown University, an environmentalist, and an author. Marrying into an Indian family, she is outspoken on issues about antisemitism and hindupbohia. She is a fellow for the American Sephardi Federation.
Related Topics
Related Posts
Comments