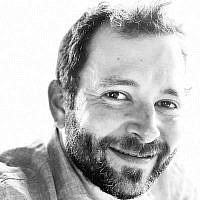 The Blogs
Joshua Gleis
Author, Analyst, Security Consultant
Apply for a Blog
Please note that the posts on The Blogs are contributed by third parties. The opinions, facts and any media content in them are presented solely by the authors, and neither The Times of Israel nor its partners assume any responsibility for them. Please contact us in case of abuse. In case of abuse,
Report this post.

Extremists around the world have been emboldened in recent years, due in large part to changing political and economic currents, some of which has been accelerated by the Covid pandemic. This rise in extremist activity in the United States has translated into a frightening increase in hate crimes targeting the American Jewish population.

The years 2019 and 2020 saw a rise in the number of violent and often deadly anti-Jewish incidents, which included active shootings, stabbings, assaults, bomb threats and intimidation. Too many of these incidents have been frustratingly ignored by the same mainstream media, celebrities, and social media communities, who have been outspoken in the past about other causes; most recently in support of Asian-Americans, and before that the Black Lives Matter and #MeToo movements.

One reason for this silence may be that Jews themselves are hesitant to speak up for fear of being typecast into the more common stereotypes to befall them: being seen as whiny or weak, or who overreact for political gain. And still, others are sensitive to the fact that these are trying times for everyone, and talking about anti-Semitism in the United States right now, quite frankly, is not “in.”

But unfortunately, the facts speak for themselves, and being a Jew in America today is increasingly dangerous. This grows even more so for Jews who dress in traditional religious attire or more openly identify with Judaism and the State of Israel. A recent ADL poll indicated that more than 60% of Jewish Americans experienced some form of anti-Jewish hate in the past five years.

According to the FBI’s latest hate crime statistics, 20.1% of hate crimes were religiously motivated, and of those, over 60% targeted Jews. 57.6% of hate crimes on the other hand were based on race. But for context, the Jewish American population is believed to be a little over 7,200,000 (approximately 2.2% of the US population). When looking at the per capita rate of hate crimes that victimize any given group – racial, religious, ethnic, sexual or otherwise — Jews were targeted more than any other segment of the American population by a large majority.

In New York City, a city that houses the largest Jewish population in the world outside of Israel, and that has a very similarly sized Asian population (both around 1.1 million), the year 2020 saw 27 anti-Asian hate crime incidents. This led Mayor De Blasio and the NYPD Hate Crimes to create a special task force within a task force to specifically address these crimes. 21 perpetrators of those crimes were subsequently arrested. Yet that same year, there were 115 anti-Jewish hate crime incidents, with only 25 arrests. And those numbers ignore the well-known secret that these crimes are well underreported.

So with all of this data, where are the marches and solidarity campaigns in support of the Jews? Where are the celebrities coming out en-masse and speaking out on social media? Where are the news articles and television exposés educating their followers that this form of hate and bias must end?
The reasons run deeper than just too many people fearful of being canceled or stereotyped. Perhaps it is also the result of so many segments of society today that see anti-Jewish bias as tolerable and no longer taboo. Yes, hating Jews is part and parcel of the narratives of both the far-right and far-left movements. But there is also a strong and worrying undercurrent of anti-Jewish rhetoric that can increasingly be found in more mainstream social and political movements.

Former President Trump on multiple occasions alluded to the dual loyalty of Jews as well as their love of money. And progressive circles regularly tolerate from within their ranks — or at the least implicitly ignore — anti-Jewish comments and actions, too often hidden under the guise of “legitimate” criticism of Israel and Zionism. There are also too many voices in the BLM movement that continue to falsely repeat the Farrakhan-flavored vitriol that Jews are responsible for most of the ills that have befallen African Americans today. And Jewish individuals are framed as being behind nearly every major conspiracy theory in recent memory.

The threats against the American Jewish community are real. The fear amongst some is palpable. Just saying “Never Again” is not enough. While statistics alone should not dictate who is protected and how they are treated, more must be done to protect the Jewish community in the United States, and it cannot just come from politicians and target hardening of Jewish facilities; it must come from the mainstream community and silent majority, who need to speak up more vocally in support of their Jewish brothers and sisters.